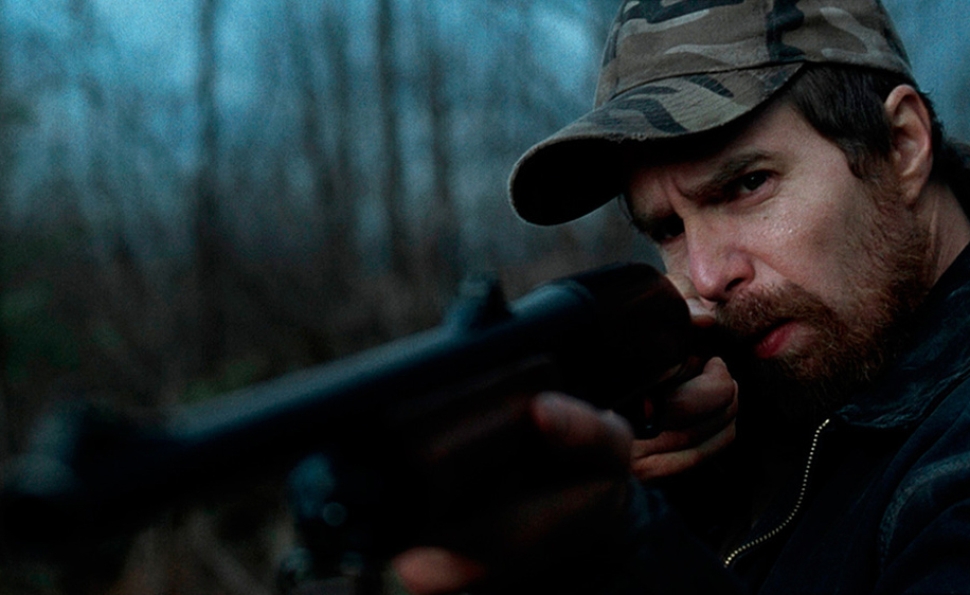 Sam Rockwell’s last film involved playing a man-child overseeing a decrepit water park during sunny vacation season in The Way, Way Back. Now, in A Single Shot, he plays a haggard hunter in the deep woods, where the clouds never part and his sense of security is completely shattered. It’s a 180-degree turn from his work in that recent coming-of-ager, and yet another shift in an acting career heavily peppered with them.

Though Rockwell boasts impressive versatility, he still often plays men living on the fringes of society—impoverished loners, criminals, or some combination of the two. In A Single Shot, he gets a “some combination of the two” part in John Moon, an unemployed father separated from his wife and trying to win her back while living a jagged, humble life in a heavily wooded pocket of rural America. In the film’s opening scene, John leaves his trailer and steps into the foggy indigo haze of early morning, intent on shooting some deer despite the clearly visible no-hunting signs. After a few misses, his rifle finally connects. But while snaking through the underbrush to collect his kill, he realizes he inadvertently took down something else: a teenage girl, bleeding profusely from a bullet wound to the chest.

Distraught, nauseous, and panicky, John quickly stashes her at her makeshift camp site, then walks away with a chest full of money she had tucked away beside a plush tiger. This all happens within the first few minutes of the film, and it marks the very tip of the troubles he encounters. Screenwriter Matthew F. Jones adapted this bleak drama from his novel of the same name, and he ratchets up the tension on deliberately low speed. The shock of his opener is clearly the film’s hook, but its ongoing reveal of interconnected, rough-edged characters, as well as a tone that’s a twangy, noirish brew of the Coen brothers, Alfred Hitchcock, and Winter’s Bone, are ultimately what make the movie unsettling and absorbing.

Director David M. Rosenthal does two crucial things. First, he creates a strong sense of place. Even though the location is never identified—given the drawl in so many voices, the film seems to be set in the Appalachian Mountains, but it’s never confirmed—Rosenthal fully captures the way it feels to dwell in such remote space, where the crackle of leaves could signal the presence of local wildlife, or something far more dangerous.

He also ensures that John remains an empathetic protagonist, regardless of the dark situations he enters. Rosenthal is aided enormously in that effort by Rockwell, whose scruffy demeanor and propensity to get riled up every time he patronizes the local diner are undercut by his obvious warmth toward his toddler son and estranged wife (Kelly Reilly, exuding the same world-weary softness she brought to 2012’s Flight) and his sincere desire to turn his life around. As the story progresses, John gets twitchier, waking from every sleep with a haunted jolt. His shell starts to harden by necessity. But his eyes remain, always, the eyes of a harmless doe. 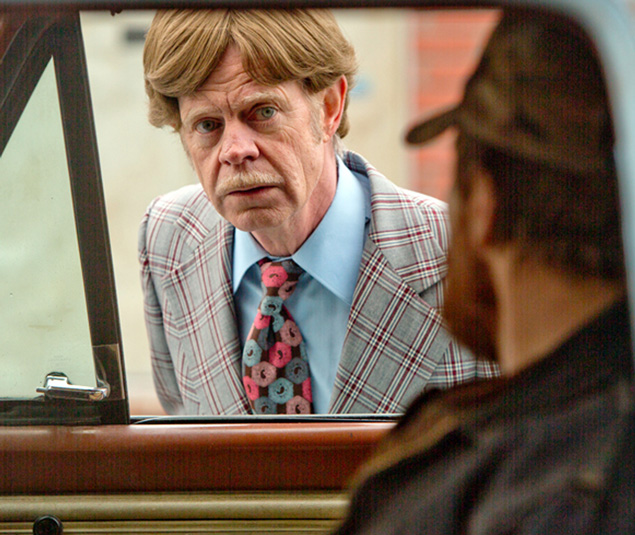 The whole cast, including William H. Macy as a gimpy, rumpled lawyer, is uniformly strong, and none of them are better than Jeffrey Wright as Simon, an old friend of John’s who’s so troubled and alcohol-soaked that it seems he could burst into tears or flames at any moment. Wright slurs his speech and musses his appearance so effectively that he’s hard to recognize. His eventual confrontation with Rockwell’s John is the most heartbreaking moment in a film that’s often crushing.

Unfortunately, A Single Shot contains some dysfunctional elements, particularly its music. Over and over again, the high, shrieking strings of Atli Örvarsson’s score barge into scenes in an obvious attempt to jangle nerves. They’re overused, and they sound as through they’ve been borrowed from a cheap horror movie, rather than one that mostly amps up its suspense with subtlety. It’s harsh to say that the music comes close to ruining the movie at times, but… it comes close to ruining the movie at times. This is a film that’s all atmosphere and low simmer, not cheap-fright “gotchas.” (Although, to be fair, there is one pretty chilling “gotcha.”) The score runs counter to that overall mood and mission.

But A Single Shot still manages to maintain focus, which is a testament to the otherwise-sound judgment of its filmmakers and cast, especially Rockwell. Once again, he proves he can take a potentially shifty character and make viewers believe in him until the bitter end.