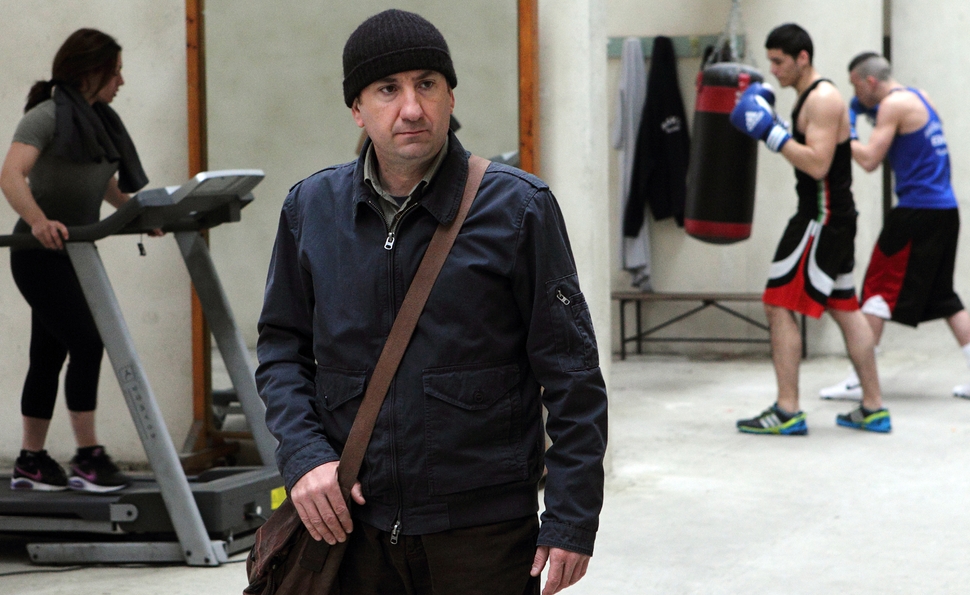 For a time in the early-to-mid-1990s, director Gianni Amelio started to emerge as a likely heir to the Italian neo-realist tradition, scoring acclaim for 1992’s Il Ladro Di Bambini (The Stolen Children), a heartbreaking drama about two kids getting escorted to an orphanage, and 1994’s Lamerica, a more ambitious (and more flawed) epic about the plight of Albanian immigrants in Italy. Though he’s worked steadily since—and won Venice’s Golden Lion award with 1998’s The Way We Laughed—Amelio’s international profile has dimmed, including in the United States, where his films have made little impact or gone undistributed altogether. Released in America as part of the “Cinema Made In Italy” series, Amelio’s latest, Intrepido: A Lonely Hero, reveals the same strengths and weaknesses as his work two decades ago—an appealing sincerity and social awareness, dogged by a mile-wide sentimental streak. In this case, when Intrepido tilts from whimsical comedy to metaphysical drama, it falls right off the cliff.

Offering a deft response to an age of financial uncertainty, Amelio sets Intrepido in a Milan under construction, looking as much in transition as it did in Michelangelo Antonioni’s La Notte. Atop one of these new buildings is Antonio Pane (Antonio Albanese), who happens to be afraid of heights, but the job only lasts a day or so. In this new economy, Antonio works as a temporary laborer in all sorts of blue-collar positions: pizza deliveryman, busboy, tram driver, bill-poster, and so on, enough occupations to fill a Wes Anderson montage sequence. Antonio’s competence at every task, along with his positive attitude, makes him the ideal jack of all trades, but his smile masks a deep melancholy that Amelio gradually starts to reveal. Antonio is a lonely man, living with the sting of his ex-wife Adriana (Sandra Ceccarelli) taking up with a corrupt businessman, and a temperamental son, Ivo (Gabriele Rendina), who plays the saxophone, but is seized by terrible stage fright. Antonio finds some companionship in Lucia (Livia Rossi), a depressed younger woman he befriends as part of the stadium cleaning crew, but the more he gets to know her, the more his attempts to cheer her up become futile.

Ditto Amelio and his audience. Intrepido comes across like Being There, an offbeat comedy about a dim innocent stumbling through a cynical world, but Amelio eventually abandons the temp-job conceit that makes the film so winning in its early stretches. Albanese has a bit of magic as Antonio, but his ebullience is smothered by relationships that bring him and the movie down. Intrepido is an aging director’s movie, gently paced and suffused with regret, but Amelio sacrifices his low-key portraiture of a working-class nomad in favor of a soppy, metaphysical second half that seems utterly disconnected from the first. Amelio is testing the idea that Antonio’s patience and resilient attitude can lift the spirits of those around him. But it’s a grueling fight, especially once the director abandons the emotional directness that was once his stock in trade. Albanese’s smile is infectious, but it can’t save the movie.