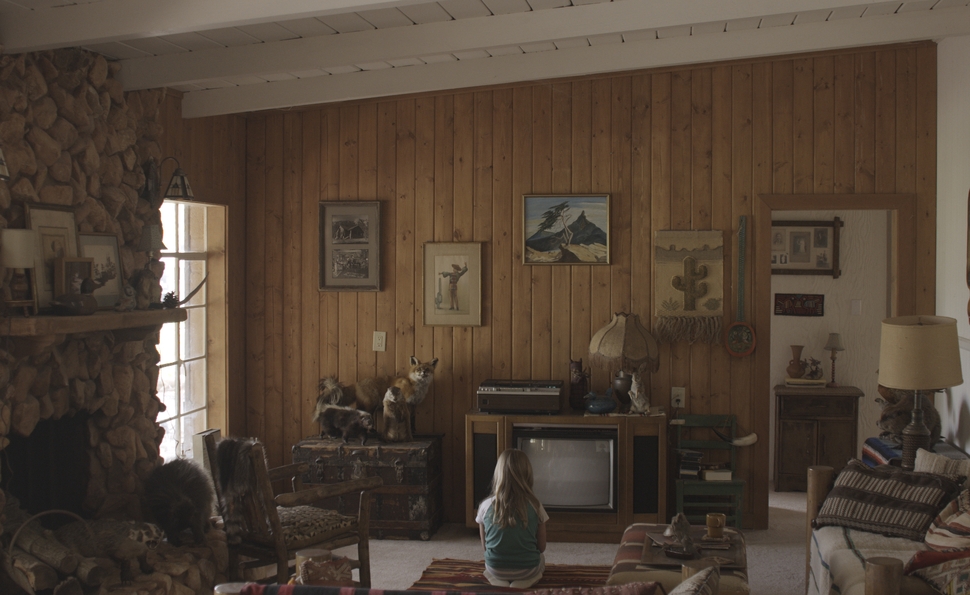 Poised somewhere between F For Fake, a Charlie Kaufman movie, and Abbott & Costello’s “Who’s On First?” routine, Quentin Dupieux’s Reality devotes itself to offering multiple planes of cinematic “reality,” all of which are revealed to be false. That includes a character named Reality, who’s part of a movie-within-a-movie-within-possibly-a-dream-within-another-movie that Dupieux has constructed in an effort to turn his audience into exasperated Bud Abbotts. Fans of Dupieux—and critics who have put up with his prolificacy—will recognize the absurdist streak that has run through his work since his breakout feature, 2010’s Rubber, the world’s snootiest killer-tire movie. There’s fun to be had in Dupieux’s latest exercise in intellectual pranksterism, particularly in the elegant way he threads the ornate strands of meta-narrative into a cohesive whole. But the underlying concern with Dupieux’s work recalls David Thewlis’ remarks about the human body in Naked: It’s “the most sophisticated mechanism in the entire universe”—a “wet, pink factory,” in his words—but “what the fuck are they making in there? What is the product?”

Reality begins, naturally, with the first of many ruses. A little girl’s hunter father carves out a boar’s innards—while offering up a thesis: “It’s the same for all animals: The inside serves no purpose”—and she sees a blue VHS tape emerge intact from its belly. How is such a thing possible? And what’s on the tape? (Answers: “Such is the power of cinema” and “Wait for it,” respectively.) But it’s soon revealed that the tale of the girl and the tape are part of a movie by an American director (John Glover), the dailies of which are being scrutinized by a French producer (Jonathan Lambert) of peculiar disposition. Meanwhile, a cameraman (Alain Chabat) for a deeply bizarre cooking show—hosted by Napoleon Dynamite’s Jon Heder, wearing a giant rat suit—pitches the producer on his directorial debut, a science-fiction film called Waves where the TVs of the world revolt and start making people’s heads explode. The producer green-lights the film, provided that he can find the Oscar-winning “groan” noise.

A few more things: Heder cannot stop scratching himself on camera, even though his rashes are completely invisible; Eric Wareheim turns up as a guy who secretly tools around in a military jeep while wearing women’s clothing; there’s increasing evidence that doubles from the various levels of reality are starting to turn up where they don’t belong. Casting Heder and Wareheim in unfunny roles that are more or less inessential to a film that virtually defines inessentiality points to Dupieux’s unfortunate instinct toward pre-fab cult filmmaking. Reality improves when it sticks to Chabat’s would-be Cronenberg and his quest to find the perfect groan, which leads to a glorious inside-the-rabbit-hole moment at a movie theater. Flashes of wit pop up in other places, too, but the accumulation of weird incidents and fake-outs doesn’t lead anywhere productive. That’s the problem with Dupieux’s vacant brand of surrealism: If you just keep pulling out the rug, there will never be anything to stand on.