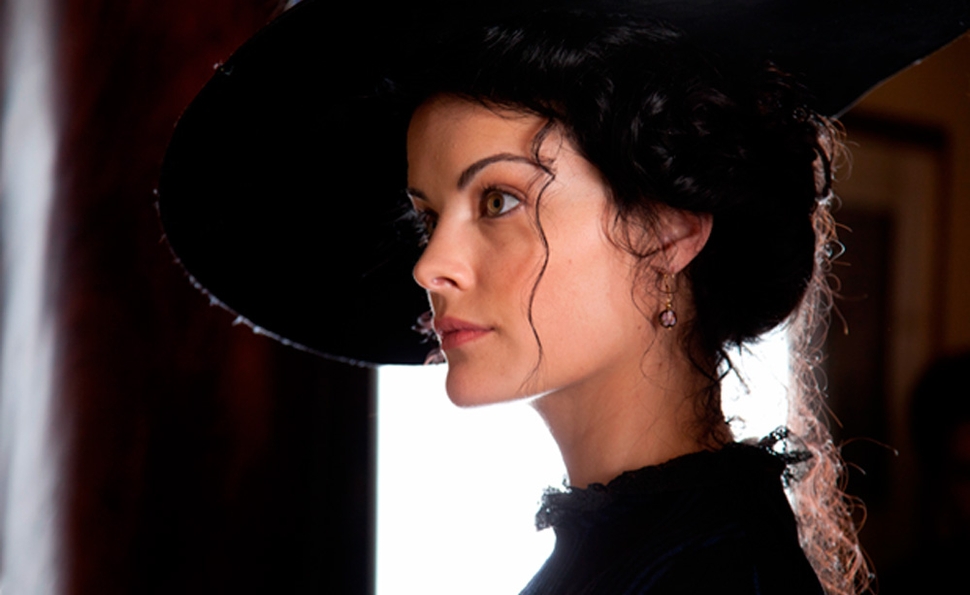 In 1958, a Savannah businessman named John Cay Jr. gave a presentation to his social club on Ward Allen, an Oxford-educated, eccentric local hunter who sold game and penned newspaper columns in the 1910s and ’20s. Cay had learned of Allen through his own friendship with Christmas Moultrie, a freed slave who became Allen’s business partner, but lived on a historic plantation the Cay family used to own.

Savannah’s backstory may sound inscrutable to the world outside Southern Georgia social clubs; that’s because it is. The film’s source material is a 48-page history paper about a well-educated drunkard who protested local hunting and fishing laws. There’s nothing wrong with John Cay III, the film’s executive producer, wanting to make a tribute to his father. But Cay’s heavy involvement, combined with a framing device that incorporates both Cays, turns Savannah into a dull vanity project for the Southern highborn.

Given an extremely limited pool of dramatic potential, director Annette Haywood-Carter (Foxfire) and her co-writer Ken Carter elect to lean heavy on romance and sweeping Southern vistas, going light on historical context. This means that much of the film follows Allen (a scruffy Jim Caviezel) as he oscillates between living a Transcendentalist life on the Savannah River and trying to sober up enough to please his wife (Jaimie Alexander, eccentric until the script requires her to be stern). Meanwhile, he entertains the town through his many courtroom appearances, which play like community theater as he sweet-talks the same sympathetic judge (Hal Holbrook) into excusing his every indiscretion.

Savannah looks beautiful, with its sweeping crane shots of the Georgia wilderness only slightly diluted by nonstop melodramatic music cues. To their credit, the filmmakers also squeeze in a pro-environment, anti-industry message, in a scene where Allen and Moultrie bemoan a factory being built in the marshlands. And noted Georgian Jack McBrayer cameos as an obnoxious Virginian, which has its head-scratching charms.

But what about that business partner of Allen’s (played by outstanding British actor Chiwetel Ejiofor), the one whose stories provided Cay with the basis for the film? What about that man, the last slave to live on the plantation where Eli Whitney first dreamed up the idea for the cotton gin? What about Christmas Moultrie, whose presence as a free black businessman in 1918 Georgia makes his story far more intriguing than Allen’s?

Despite all that background Moultrie has going for him in Savannah, and despite what could charitably be called limp dramatic competition, the filmmakers still— still!—make him the Black Best Friend. For much of the film, Moultrie does little apart from accompany Allen on hunts. He’s a free man, but he expresses no desires, carries no romantic or professional interests, and enters no disagreements with the man whose family kept him in servitude not so long ago. In his old age (conveyed via a painful-looking makeup job), Moultrie shows gumption by stubbornly clinging to the plantation house where he was born. But when it comes time for a spiritual, it’s a white man (Bradley Whitford as the elder Cay) who sings.

Moultrie’s hollow characterization is, to state the obvious, racially insensitive, but it’s also utilitarian. Haywood-Carter uses him to paint Allen as a man so good-hearted, he’s unaware of racism even existing in the Jim Crow South: When the two are caught hunting on another man’s property, and Moultrie theorizes about his fate if he hadn’t been with a white aristocrat, Allen is shocked beyond belief. This is more than mere colorblindness; this is thudding, ahistorical ignorance.

Though the real-life Allen’s death remains a mystery, in the film, Cay has his own theory: that Allen threw himself into the Savannah River, knowing he couldn’t swim. If true, the detail would be more than a little disturbing. But the theory fits the makers of Savannah well, given that they, too, have willfully submerged themselves into a symbol of southern Georgia’s wildness. In Savannah’s case, though, there’s no question the film has sunk.