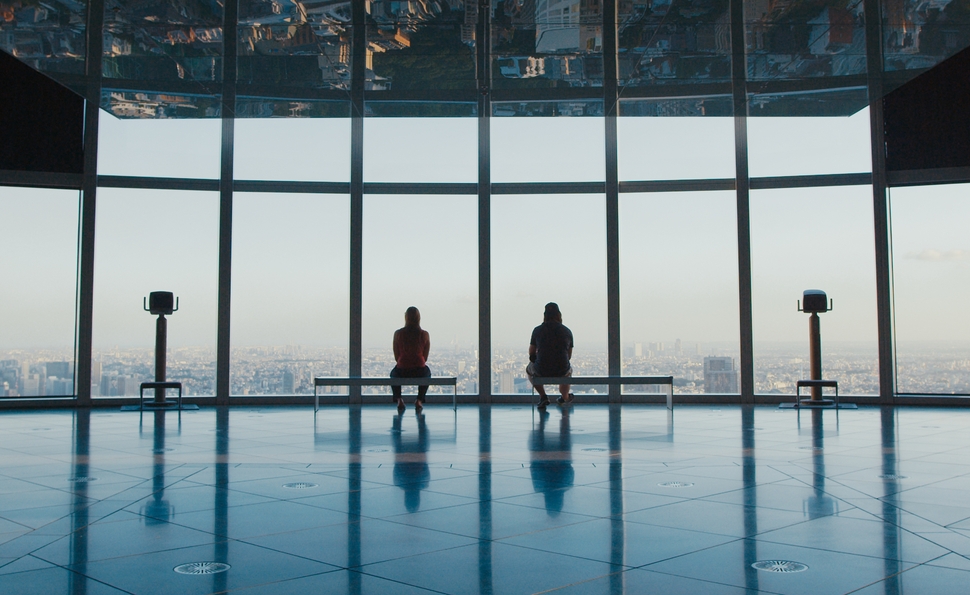 Try Googling “is global warming.” Before you even get to the “b,” the results will populate: “is global warming real,” “is global warming a hoax,” “is global climate change man-made,” “is global warming man made.” People may argue about the human population’s place in the world as it applies to change—especially bad change—but Guy Reid’s Planetary supposes, “Hey, maybe we should all kind of chill out about it and meditate on it for a while, see what happens.” This isn’t a viable solution, and it also isn’t one worthy of its own full-length documentary on the subject.

It’s telling that Planetary was inspired by a short film—Reid’s own “Overview,” an online hit that’s racked up more than 7 million views on Vimeo since it debuted 2012—which made a thin premise sing for about 20 minutes. The short is centered on the so-called “Overview Effect,” which speaks to the transcendent change that supposedly overcomes astronauts once they reach space and look back on their home planet. That wild perspective change—literal and figurative—alters most people and the way they think about the world and where they fit inside it. Reid artfully mined it for enlightening material, certainly enough to mark “Overview” as an interesting short about compelling subject matter.

Reid uses some of the ideas from “Overview” to jump into Planetary, which at first blush, seems like a longer look at Reid’s earlier take on the material. All the trappings are there, from a pair of engaging, knowledgeable astronauts (Ron Garan and Dr. Mae Jemison), who both speak about their experiences with the Overview Effect, in terms that are both poetic and matter-of-fact. While most people will never directly experience the Overview Effect (Jemison, who shares that she always expected to go to space, thanks to the world-changing space race that dominated her childhood, punctuates that point without fuss), it’s an easy-to-understand concept. Given the film’s wealth of stunning footage, both archival and new, it’s also easy to process on the big screen.

Beyond that, however, the rest of the messaging of the first act of Planetary is muddled and excessively explained, with various talking heads—an admirably wide variety from all walks of life, scientific to spiritual—sharing facts, figures, and anecdotes about how human growth and ambition, paired with a lack of respect for nature, are causing the planet pain. Distilled further: Human actions have hurt the Earth, and that has to change. Even for climate-change deniers, the message isn’t that Earth-shattering (it’s at least a recognizable concept), but Planetary seems so earnest and heartfelt that it’s easy enough to slog through its opening in hopes of reaching something meatier.

The meat isn’t much better, though. Planetary goes totally awry when it attempts to apply the Overview Effect to life on Earth, begging the citizens of Earth to remember something relatively obvious: We are all connected. It’s a less abstract concept than viewing the Earth from orbit, but the makers of Planetary—and their many talking heads—place a tremendous premium on imparting this thought to their audience, over and over. Planetary’s message is repetitive without being enlightening, and the film and its assorted participants insist on hitting the same beats without pause, until the concept loses all meaning.

Still worse, the message is offered with few recommendations as to how we, the world’s connected inhabitants, can translate that awareness into actionable change. “We have a lot of solutions that are already present across the planet, but I think at the heart of this, is a deepening sense of awe and wonder at the beauty and astounding, infinitely astounding complexity in which we live,” one expert says, seemingly satisfied with Planetary’s insistence on piling on the clichés and leaving them to rot.

If the film offers any ideas for what people can do to help fix the planet, it’s to mediate or “slow down.” Essentially, to think further about the ideas presented in Planetary without doing anything of note about them. It’s a maddening idea, particularly because the first act of the film is so invested in reminding us of the dwindling majesty of the planet, of the “mass extinction moment” we’re all living in, and of the continued ignorance of so many people and institutions. When this information leads to an hourlong bit that encourages people to simply ponder their place in the world, rather than act upon it, it’s baffling. One might even say it denies the problem.