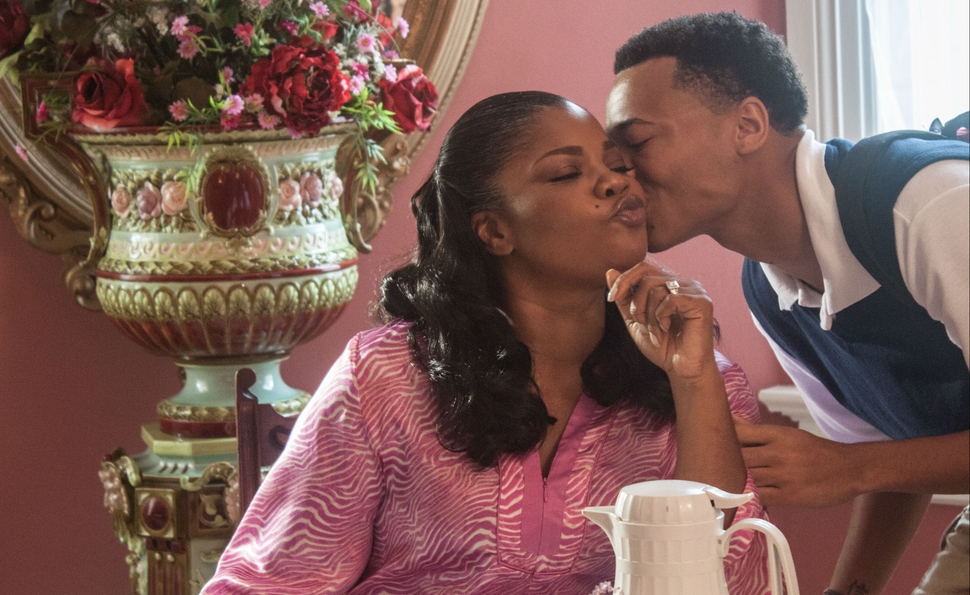 Well-intentioned ineptitude is one of the hardest things to endure onscreen. An awful movie that’s clearly designed as a crass cash factory, like Paul Blart: Mall Cop 2, merits nothing but scorn—it’s actively fun to ridicule. But there’s no joy in pissing all over an awful movie that’s earnestly striving to do good in the world. Blackbird, the coming-out story of a devoutly religious gay teenager, wants nothing more than to promote tolerance and celebrate art (music, film, theater). It can’t be faulted for its noble intentions. Like many an after-school special, however, it can be faulted in virtually every other department, including stilted performances, turgid dialogue, flat direction, and a general ignorance regarding human nature.

One minor thing Blackbird does have going for it is the beautiful singing voice of its lead actor, newcomer Julian Walker. He plays Randy Rousseau, a Mississippi high-school student who sings for the church choir, looks after his slightly crazy mother, Claire (Mo’Nique), and refuses to emerge from the closet, even in his own mind. Despite having multiple wet dreams about his good buddy Todd (Torrey Laamar), Randy insists he’s not gay, mostly because he believes homosexuality is a sin. His conviction wavers, though, after he’s cast opposite Todd in a gay Shakespeare production (Romeo And Julian) and falls in love with a fellow actor, Marshall (Kevin Allesee), with whom he’s acting in a student film at another school.

Because American cinema isn’t exactly overrun with black gay protagonists, it’s heartening that there’s someone out there like Blackbird’s co-writer and director, Patrik-Ian Polk (Punks, The Skinny, the short-lived Logo series Noah’s Arc), who’s committed to telling stories about them. If only he were better at the job. Polk adapted Blackbird from a novel by Larry Duplechan—there’s a whole series of them, all about Randy, who’s called Johnnie Ray Rousseau in the books—but the tone that he establishes onscreen is a bizarre, ungainly mixture of raunchy and wholesome. The movie has multiple steamy sex scenes, but while Randy’s friends all say “fuck” and talk frankly about blowjobs, they otherwise exude a golly-gee earnestness unseen since the heyday of Leave It To Beaver. At no point does anyone in the film even vaguely resemble an actual 21st-century teenager; when these kids text each other, it comes across like science fiction. (The novel was written in 1986, which probably accounts for some of the mustiness, but the movie feels like 1956.)

The adults don’t fare much better. Isaiah Washington, playing Randy’s father (long since divorced from Claire), gets stuck with be-yourself bromides, but he’s much better off than Mo’Nique, who has to speak such deathless lines as “I can’t believe you crawled forth from my body into this earth [sic] to fornicate frivolously like a craven beast.” Worse, Claire, whose degree of sanity varies as needed by the screenplay, believes Randy’s “unnatural” impulses explain why God chose to punish the Rousseau family by having Randy’s little sister abducted six years earlier. Entire movies—the punishing Austrian drama Michael; Stockholm, Pennsylvania, which premièred at Sundance last January and will air on Lifetime next month—have been made about kids who spent years being raised by their kidnappers, but Blackbird uses this incredibly disturbing and upsetting scenario merely as treacly inspiration. No amount of good intentions can justify that.