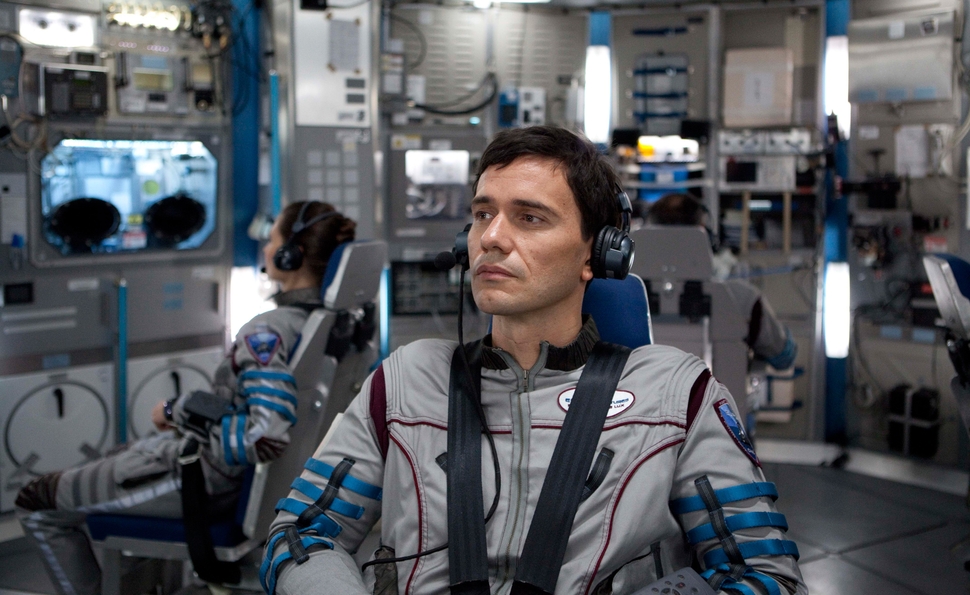 When Neil Armstrong stepped onto the moon in 1969, he encapsulated the significance of the moment in one astute, often-misunderstood, quote. His accomplishment, like that of many pioneers before him, was deemed not just a personal victory, but a symbolic triumph for humanity. In Sebastián Cordero’s contemporary science-fiction thriller Europa Report, an international collective taking on an unprecedented mission is aware of the similar impact they could have on others. They’re certain their undertaking will mean greater things for society. The historic moon landing is clearly an inspiration for the members of the shuttle Europa One: The mission planner describes the crew’s task at hand as a “new first step for mankind.”

Within the first 10 minutes of Europa Report, however, the crew loses all communication with Earth, and six months into the mission, they have to go it alone. The film then reveals that everyone aboard the ship has been lost, which sets the film up in the style of a fictional documentary; all scenes of the seven crew members in space consist of found footage from aboard the ship. Bit by bit, Cordero reveals what went wrong during the mission, as the crew struggles to survive encounters with the unknown while searching for life on Europa, one of the moons of Jupiter believed by scientists to contain an ocean beneath its surface. The narrative is interspersed with news clips and personal interviews with the scientists who funded the expedition, especially mission planner Dr. Samantha Unger (Embeth Davidtz), who is emotionally scarred by the events.

Cordero and screenwriter Philip Gelatt demonstrate a deft understanding of how to handle a found-footage narrative without making it too familiar. The non-linear script jumps around, as evidenced by timestamps and the details of the ship and its inhabitants. It’s initially disorienting, but Gelatt crafts scenes that stay engaging and surprising even through the knowledge that none of the crew will survive the mission.

It becomes refreshingly clear early on that this is a rare modern science-fiction film where the filmmakers aren’t afraid to pack actual science into their narrative. (Jet Propulsion Laboratory scientists served as consultants, and the i09 science blog dubbed it “the most painstakingly accurate space movie we’ve seen in ages.”) But though Europa Report is heavy on science, Cordero pays equal attention to building suspense, particularly through his camerawork, which is inventive enough to render the found-footage format as more than just a tired gimmick.

Every inch of the Europa One ship is monitored; some cameras are adjustable, others stationary. They capture the ship’s every moment, from the tedious hours the crew spends entertaining themselves to the present but unseen dangers several members encounter when forced to leave the comfort of the ship. Recording devices within the astronauts’ helmets render great close-up shots of their faces during tense moments. The look on a scientist’s face as she witnesses something terrifying on the surface of Europa (which the audience doesn’t see for itself) is far more engrossing in close-up than it would be from another angle or distance. 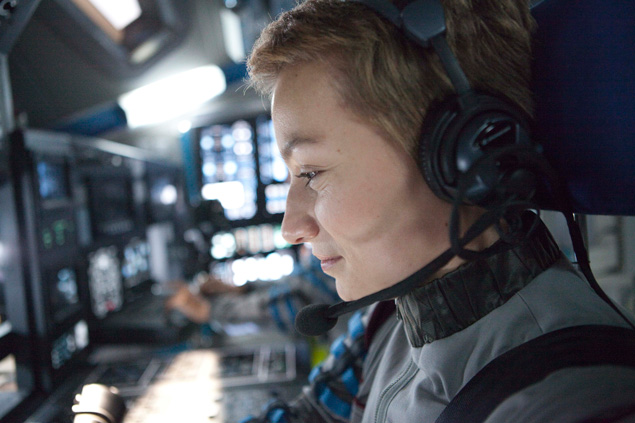 The performances—particularly those of Sharlto Copley (District 9), Anamaria Marinca, and Michael Nyqvist—handily lend dramatic support to Cordero’s camerawork, though the script reveals too little about most of the astronauts’ lives back on Earth. Still, the relative ease of the crew’s interactions aboard the ship before things go awry sells Europa Report as a compelling fictional documentary, peering into the characters’ quest to achieve greatness. The quieter moments, when they contemplate their fates in life-or-death situations, are especially memorable: When Copley’s character, James, makes a major decision, it’s presented in a contemplative, deliberately paced moment that casts an eerie pall over the rest of the film.

As with most people who make the first venture into the unknown, failure—or perceived failure—is almost always imminent. Which raises the question central to the film: Is contributing to the betterment of humanity worth the individual risk? It’s unclear whether any of the Europa One crew members are able to answer that for themselves, but it’s fascinating to watch them try.