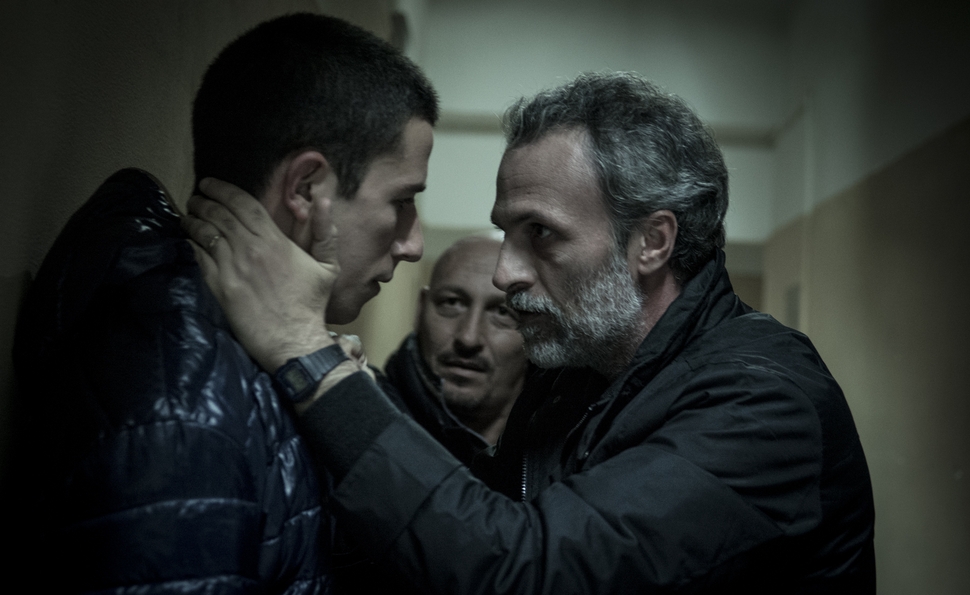 Had Luchino Visconti not used it for a stone classic over five decades ago, Rocco And His Brothers would make an ideal title for Francesco Munzi’s third feature, which similarly traffics in fraternal angst. Here, however, the brothers in question are involved in the Mafia, making their various conflicts at once more dangerous and more familiar. Indeed, the biggest problem with Black Souls, which Munzi and two co-writers adapted from a novel by Gioacchino Criaco, is that it plays like a two-episode arc from The Sopranos, and not an especially memorable one. The ensemble cast is strong, and the filmmaking supple, but the narrative never quite catches fire.

Not for an American audience, at least. What we monolithically think of as “the Mafia” isn’t merely the families seen in the Godfather films (an outgrowth of the Sicilian Mafia), but separate organizations occupying separate regions of the country. Black Souls is set in Calabria, the southern toe of Italy’s boot, which boasts its own dialects of Italian and is ruled by the ‘Ndrangheta—a Calabrian word that roughly translates as “courageous men.” Consequently, much of the film’s drama concerns North-South rivalries that don’t necessarily signify much to foreigners. One can think of them as a correlative to East Coast and West Coast rap, but it’s still possible that regional subtleties will escape some viewers (including this one).

What’s most important is that this particular family’s eldest brother, Luciano (Fabrizio Ferracane), has opted to stay out of organized crime, à la Michael Corleone. He tends goats on the family’s hilltop farm in a rural village, and has raised his son, Leo (Giuseppe Fumo), to follow in his footsteps. But Leo idolizes his uncles Luigi (Marco Leonardi, who played the teenage version of Cinema Paradiso’s protagonist many years ago) and Rocco (Peppino Mazzotta), ‘Ndrangheta chieftains who live like big shots up north. Eventually, Leo’s impulsive, violent behavior reignites a blood feud between his family and a rival family, resulting in the usual eye-for-an-eye ugliness and exposing the wildly different worldviews of the three brothers.

Munzi’s previous film, 2008’s The Rest Of The Night, was never released in the U.S., but it offered a fresh take on the travails of the immigrant underclass (Romanians in Italy, specifically) that might have gone over quite well here. Black Souls, by contrast, doesn’t have a single move that hasn’t been seen many times before, apart from the novelty of its milieu. (Even that might be novel only for non-Italians; it’s hard to know how many similar films have just never been exported.) Luciano, Luigi, and Rocco are all broad types—the juxtaposition of Rocco’s urbane elegance with Luciano’s rustic simplicity is so extreme as to be unintentionally comical—and the cycle of retribution that constitutes their story comes straight from the mob-movie playbook, conceived with little invention and realized by Munzi at a surprisingly low temperature. The film’s complete lack of interest in women, too, is dispiritingly old hat. There are surely more tales to be told about the Mafia, but they should be considerably more distinctive than this one.