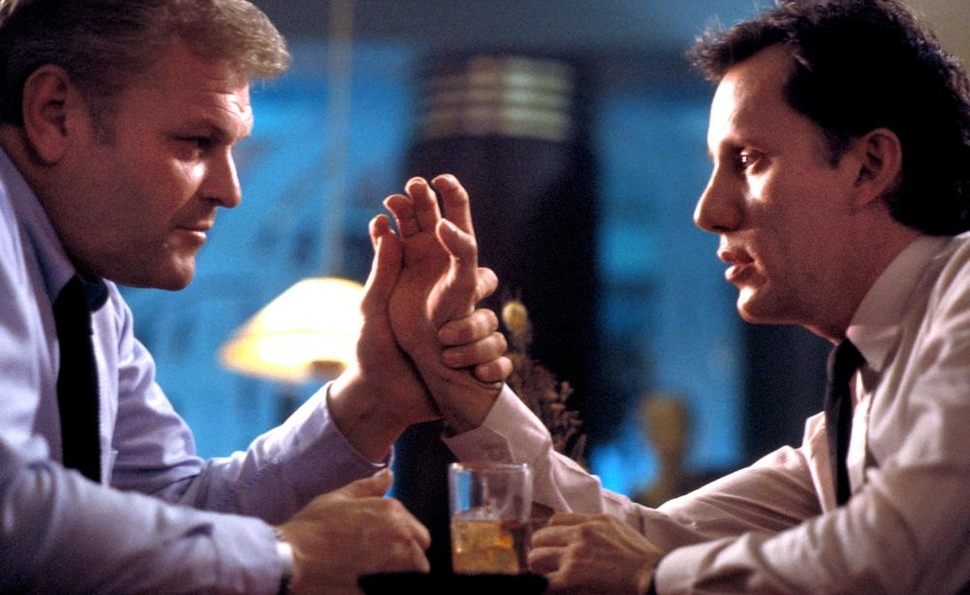 The mid-to-late 1980s were prime years for James Woods, who graduated from character actor to leading man before retreating back to mostly supporting roles. In films like Videodrome, Salvador, The Boost, and True Believer, Woods’ moment-to-moment volatility was a prime attraction even when the scripts got dodgy, and he had enough greasy charisma to carry the stretches between his verbal eruptions. The streak ended when Woods’ act became shtick in 1991’s The Hard Way, a still-pleasing buddy-cop vehicle with Michael J. Fox, but it was exciting to see him bring a foul, sadistic, gleefully profane edge to movies like 1987’s Best Seller, which wouldn’t amount to much without him. At his best, Woods is the rare case of a performer being so dominant a voice that he can claim authorship as much as the filmmakers—he’s an acteur.

And authorship is not an easy thing to take away from Larry Cohen (Q: The Winged Serpent, It’s Alive), the B-movie maestro who scripted Best Seller around another in a career full of hooky, often under-realized high concepts. Plainly inspired to some degree by Joseph Wambaugh, an author who turned his police work into popular fiction, Best Seller chronicles the edgy relationship between a veteran detective/author and a former hit man who wants to be the subject of his next book. Brian Dennehy plays the detective, Dennis Meechum, a widower dealing with writer’s block and an impatient publisher; Woods plays Cleve, a former assassin who thinks he has a can’t-miss story. Cleve claims to have worked as a hit man for Kappa International, a corporation founded by his estranged partner-in-crime (Paul Shenar), and he jets Meechum around to prove his stories are true. But the men share a past that complicates their already-tenuous relationship.

Director John Flynn, a genre specialist who had previously made the cult favorite Rolling Thunder and went on to do less-stellar vehicles for Sylvester Stallone (Lock Up) and Steven Seagal (Out For Justice), reportedly did a heavy rewrite of Cohen’s script, which was originally called Hard Cover. But in order for Best Seller to move forward, Flynn asks the audience to believe that Meechum is willing to set aside a great deal of skepticism about Cleve’s motives, and he winds up looking like a dupe. Dennehy is a reliably great character actor—and seems to have been neither young nor old in his entire career—but Best Seller is a typical case of Woods sucking up all the oxygen in the room. He plays Cleve as an smirking braggart who nonetheless has a sly, winning quality; in one scene, he proves such a smooth talker that he’s able to convince Meechum to sit back down with him moments after provoking him into a fistfight. That’s the Woods touch: He’s the scorpion to Dennehy’s frog in Best Seller, only he has the ability to ingratiate himself even after stinging someone. The effect bleeds over to the film itself, a riveting letdown that makes Dennehys of us all.