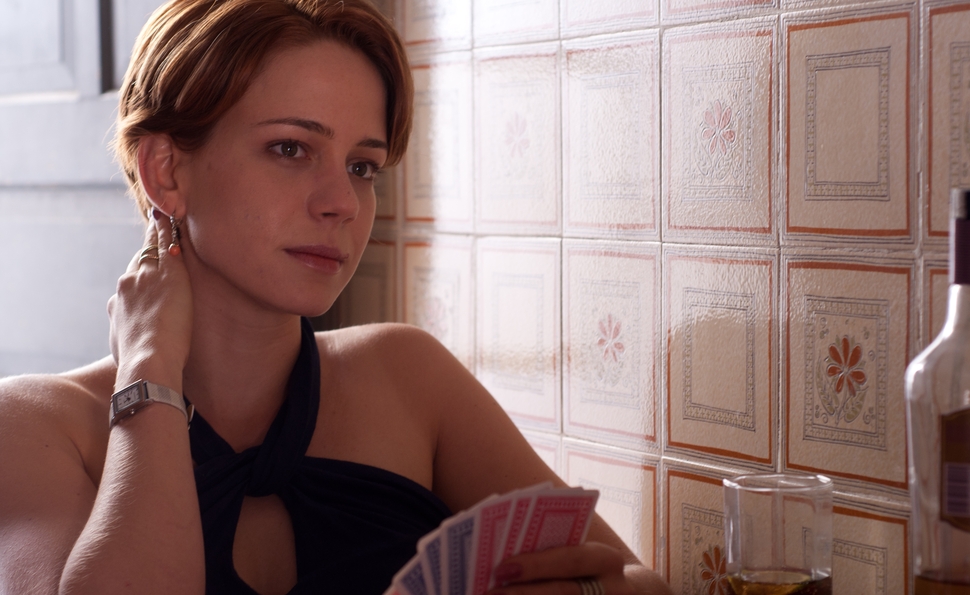 A Wolf At The Door

The Brazilian kidnapping drama A Wolf At The Door wastes no time in getting the ball rolling. About three minutes into the movie, Sylvia (Fabiula Nascimento) arrives to pick up her 6-year-old daughter, Clara, at daycare. But Clara has already left in the company of another woman, who claimed Sylvia was sick. By minute four, the police are investigating the crime. As it turns out, however, this breakneck opening constitutes the last time A Wolf In The Door will be in any hurry. Loosely based on the real-life 1960 case of Neide Maria Maia Lopes, a.k.a. “The Beast Of Penha,” the film is mostly one long stalling tactic, indulging in unreliable flashbacks and narrative wheel-spinning to expand the details of its tragic scenario to feature-length. When it finally gets to what happened, though, prepare to cringe.

For the lead investigator (Antonio Saboia), the first order of business is to establish who might have had a motive. Clara’s father, Bernardo (Milhem Cortaz), quickly confesses that he recently ended a yearlong affair with a young woman named Rosa (Leandra Leal), who’s brought in for questioning. Rosa denies any involvement, but an employee of the daycare center positively identifies her. At that point, Rosa confesses, but claims she was acting at another woman’s behest, and delivered Clara to her. This story (depicted in flashback) doesn’t hold water, though, especially since Clara was seen to greet Rosa with an affectionate hug—why would she know her father’s secret lover? Threatened with violence (police brutality appears to be a given), Rosa agrees to tell the inspector the whole truth, kicking off another extended flashback that reveals the history of her affair with Bernardo, as well as her decision, after she belatedly learns that Bernardo is married, to pose as a forgotten acquaintance (also named Silvia, but with an “i”) and become besties with Sylvia. But what happened to the little girl, who’s still missing?

Arguably, writer-director Fernando Coimbra would have done better to simply reveal Clara’s fate at the outset, as his interest lies primarily in what drove Rosa to do what she did. (It’s possible that a Brazilian audience would already know where the narrative is headed, as the Beast Of Penha case was fairly notorious; it previously inspired a 1965 film, Crime De Amor, as well as several books and TV movies.) Instead, the film squanders a great deal of its running time on Rosa’s pointless lies before finally digging into her separate relationships with Bernardo and Sylvia, through which Coimbra attempts to humanize a woman (or at least her contemporary fictional likeness) who was widely perceived as a monster. One especially disturbing element of his account appears to have no basis in fact, but it feels like something that could have happened, and that still sometimes happens today, albeit in less brutal form. (For more concrete, spoileriffic details, see The Reveal.) Leal’s performance holds the movie together; she makes Rosa such a warm, likable presence—at least until she finally feels cornered—that it’s possible to hope against hope for a happy ending. Fair warning: None is forthcoming.