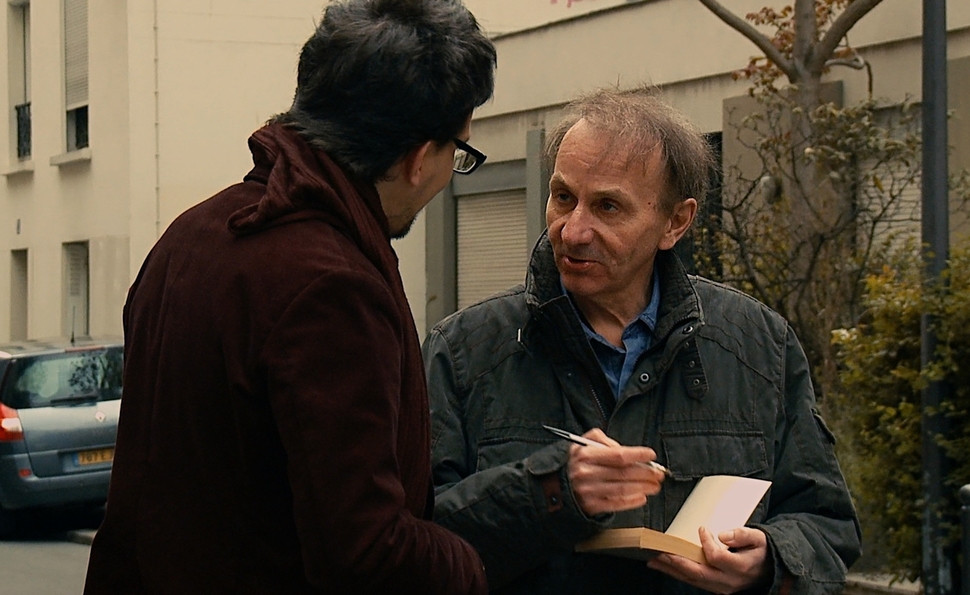 The Kidnapping Of Michel Houellebecq

Comedy—especially verbal comedy—can sometimes translate poorly from culture to culture, either because the regional references are too arcane or because the nuances of phrasing and performance are hard to pick up for someone who doesn’t know the language. Most of The Kidnapping Of Michel Houellebecq is meant to be funny, but its sense of humor is so dry, and so rooted in the muted tics of the main character, that a lot of the time, it barely seems comic at all. At first, the movie is offbeat enough to be entertaining anyway; but like the title character, it quickly outstays its welcome.

Houellebecq stars as himself: a controversial French writer who mopes through his days, making pronouncements about art and society to his friends, while chain-smoking and drinking one glass of wine or beer after another. The Kidnapping Of Michel Houellebecq is based on a true incident from a few years back, when Houellebecq went missing for several days. Rumors spread that he’d been abducted, perhaps by an Islamic terrorist group outraged by some of his past anti-Muslim remarks. In writer-director Guillaume Nicloux’s version of events, Houellebecq is held captive not by radicals, but by a band of bumbling bookish types, who seem to have taken him hostage mainly so that they can pick his brain. They talk about the artistic process, and European history, and other authors. The whole ordeal is like the world’s longest post-reading Q&A.

The Kidnapping Of Michel Houellebecq’s style is heavily indebted to modern “comedy of awkwardness” TV series like the British The Office and the Danish Klovn—except that Nicloux avoids the broader, wackier elements of those shows. The kidnappers are mildly eccentric, but none of them has a distinct enough personality to generate much in the way of dramatic friction. Nearly every scene in the film consists of mild-mannered people quietly bantering with Houellebecq, who takes advantage of their hospitality and inexperience to get them to provide him with good food, strong drink, and female companionship—effectively costing them more money than they’ll ever recover.

Some of those conversations at least start out promisingly. Houellebecq is a man with firm, idiosyncratic opinions—whether he’s saying that Mozart is overrated or that Poland is barely a country. And in this film at least, he has a posture and vocal cadence that are suitably cartoonish, with his protruding lower lip and his steady stream of excuses for his shabby health and bad habits. He’s like a mumbly Woody Allen, but without the self-deprecation. He may be miserable, but Houellebecq’s still convinced that he’s figured out the best way to live and to work.

But the low-key nature of The Kidnapping Of Michel Houellebecq is such that the individual scenes rarely lead anywhere. The kidnapper/kidnappee chit-chat generally devolves into drunken incoherence or pointless contrarianism. Someone will ask Houellebecq about something he’s written or said, he’ll deny or question their interpretation, and they’ll go around and around fruitlessly on the subject for several minutes, with no one’s voice rising above a mutter. The Kidnapping Of Michel Houellebecq ultimately reveals very little about its subject’s worldview. Instead, after a while, the film starts to feel like it’s telling a long, faltering joke without a punchline.