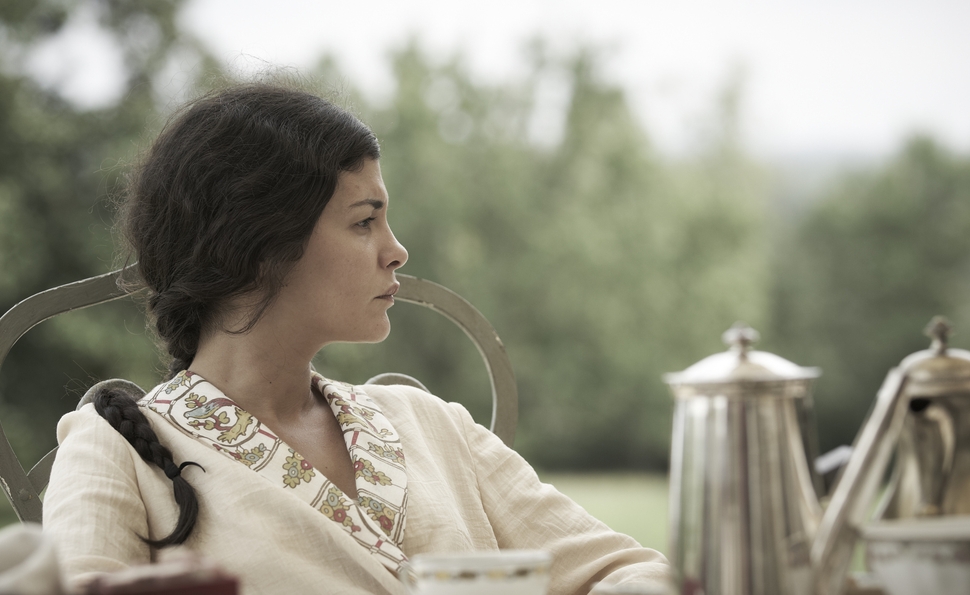 It’s been a dozen years now since Audrey Tautou conquered the world with her wide-eyed, infectiously upbeat performance in the title role of Amélie. That character, more or less the ultimate gamine, is ideally suited to Tautou’s limited gifts, but the movie made so much money—at least by the standards of French cinema—that financiers evidently decided she’s ideally suited for anything in a dress. Consequently, even today, she continues to be cast in parts for which she’s blatantly, almost comically wrong. The protagonist of François Mauriac’s 1927 novel Thérèse Desqueyroux was played in a previous film adaptation by the great Emmanuelle Riva (Hiroshima, Mon Amour; just plain Amour), and it’s easy to imagine the young Isabelle Huppert or Sandrine Bonnaire bringing Thérèse to enigmatic life. For Tautou, however, the role is a nightmare, demanding that she withhold every quality that makes her compelling.

To her credit, she tries like mad. First glimpsed as a playful, carefree teenager (played by Alba Gaïa Bellugi), Thérèse matures into a deeply unhappy young woman who accepts what’s essentially an arranged marriage with Bernard Desqueyroux (Gilles Lellouche), son of the family who owns the land adjacent to her own family’s estate. It’s the late 1920s, after all, and romantic love isn’t necessarily an expectation for the upper classes. Nonetheless, Thérèse seems more than usually morose, and she becomes deeply unsettled when her childhood best friend, Anne (Anaïs Demoustier), who’s also Bernard’s sister, falls hard for a Jewish man (Stanley Weber). Bernard’s racist family is horrified and quickly scuttles the relationship, with Thérèse’s help, but some inexplicable seed has already been planted in her restless mind. And when Bernard, suffering from anemia, begins taking a few drops each day of a medication that includes arsenic, Thérèse eyes the potentially deadly bottle as if it were a life raft.

Mauriac’s novel opens with the dismissal of a criminal case against Thérèse for poisoning her husband (who survives), and relates the early years of their marriage via flashbacks. Director Claude Miller (who died in April 2012, just before the film’s première at Cannes) chooses instead to tell the story linearly, which means that Thérèse’s first hour is almost entirely devoted to Audrey Tautou looking miserable. In many ways, it’s a brave performance—Tautou isn’t afraid to make Thérèse thoroughly unlikeable, and she clearly recognizes that the book’s power resides in its refusal to explain the character’s murderous impulse, which even Thérèse herself doesn’t fully understand. But with the novel’s interior monologue stripped away, and Miller (Class Trip, La Petite Lili) sticking to a purely functional mise-en-scène, Tautou has to convey the film’s entire meaning via unreadable facial expressions. That just isn’t what she does well. Mauriac’s portrait of a society obsessed with family honor and the appearance of propriety at all costs comes through strongly, but that can’t entirely compensate for a character study with a hard-working vacuum at its center. Like Keanu Reeves, Tautou requires a perfect fit; when she tries to stretch, she gets stranded.