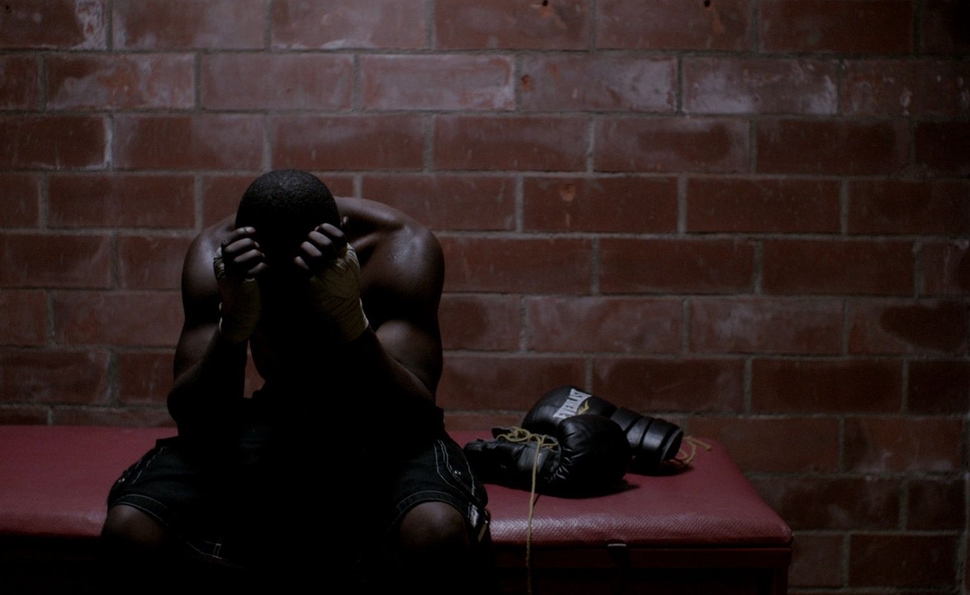 The paint-by-numbers sports documentary Champs is a great conceit in search of a thesis, gathering three of boxing’s biggest names—heavyweights Mike Tyson and Evander Holyfield, and middleweight Bernard Hopkins—in an effort to figure out what their stories have in common. Broadly speaking, they represent the American Dream in all its glory and contradiction: Men with backgrounds in poverty and abuse, all from broken homes, literally fighting their way out of a seemingly hopeless situation to achieve wealth and fame beyond their imagination. But with these blessings come the equally unforeseen curses of financial exploitation, head injuries, and a sport incapable of protecting its athletes. They’ve hit the jackpot in a country where “anything is possible,” but learn the hard, ironic lesson that even lottery winners can still have a losing ticket.

That’s a powerful indictment of professional boxing—and of America, for that matter—but Champs only occasionally circles back to that point. In the meantime, director Bert Marcus offers up as many talking heads as he can wrangle, from college professors  and sociologists to a cavalcade of famous boxing enthusiasts, including Ron Howard (who qualified by directing Cinderella Man), Denzel Washington, Mary J. Blige, and Mark Wahlberg, who’d already popped up as a commentator earlier this year in a similarly slick Manny Pacquiao documentary. Tyson, Holyfield, and Hopkins are still the primary foci, and they’re interviewed extensively too, but the other talking heads are a distraction, because they can only speak in generalities about the men, the sport, and the social context that explains the triumph and tragedy of their careers. Champs dances around the ring when it should be punching.

The middle hour of the film, especially, sinks into an extensive recap of the boxers’ exploits, which leads to yet another problem: Hopkins is the odd man out. Tyson and Holyfield are the two most storied heavyweights of the past two decades, and their trajectories intersected several times, most famously when a frustrated Tyson bit a chunk out of Holyfield’s ear. Tyson is a flame that burned brilliantly before suddenly dying out, a fighter so dominant that Pay-per-view viewers learned not to take a bathroom break in the first two rounds. Holyfield hung around longer than advisable for his health and dignity, winning the championship on five different occasions, but never knowing when to quit. Hopkins, for his part, was a remarkably durable champion, a Philadelphia native who came up through the prison system and parlayed that success in the professional ranks.

Though Tyson’s life has been documented extensively elsewhere—including in his own one-man show—he remains the most fascinating athlete of his generation. His life has been a tragic litany of blows received and delivered, and hearing him tell his story in that trembling child’s voice is as affecting in Champs as it’s been every time he’s told it. The subplot of his relationship with Holyfield, who’s forgiven the ear incident, is a telling example of two men who understand each other enough to bond over shared roots and hardships. Their titanic confrontations in the ring, along with their contrasting style and temperament, are part of a story that has little to do with Hopkins, to the point where the film seems to forget about him for sizable stretches.

Champs finally comes around to a point in the closing third, with Hopkins speaking most forcefully about the legacy of exploitation that continues to dog the sport. Unlike other professional sports, which have a clear business structure and unionized support for its players, boxing is largely unregulated, exposing its athletes to debilitating damage and the flimflam artists who promote their fights and manage their money. It’s here that Champs snaps into focus, backed by testimony from three of the era’s greatest “success” stories, but it parries too much to get there. Recapping Tyson, Holyfield, and Hopkins’ triumphs has the effect of taking away from their hidden costs.