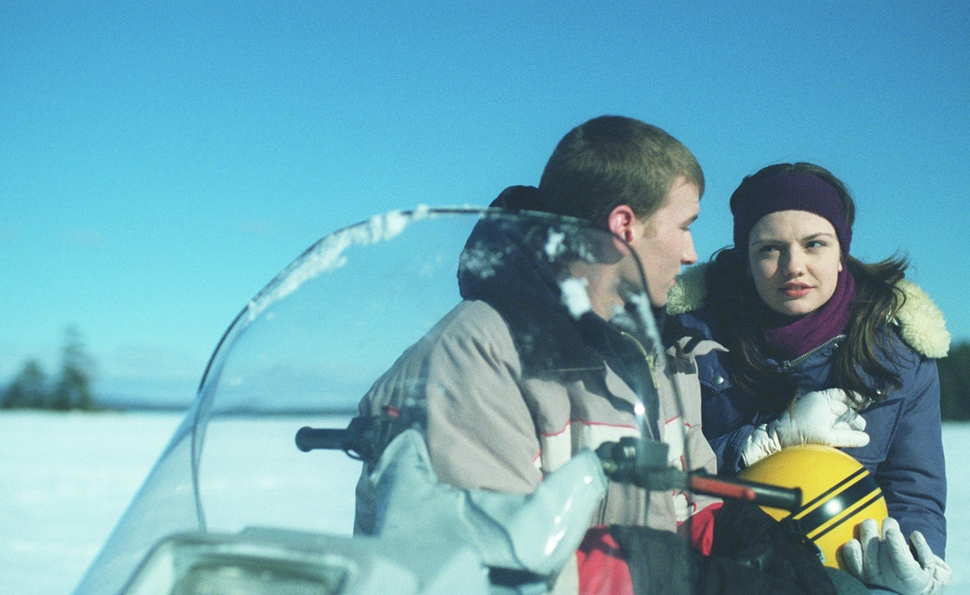 In what passes for seduction in the remote Maine town that serves as the setting for Bluebird, high-school kid Brent (Brandon Wardwell) hangs out with Paula (Emily Meade) in his grandfather’s house, refilling her glass of coffee brandy (or as it’s locally known, “bitch whiskey”) as he plays his grandfather’s oldies CDs. Brent apologizes for the music, but Paula doesn’t mind, and there’s a sense that the same old songs have been playing there for one generation after another, as each generation has repeated the mistakes of the last. Other characters practically confirm this. Crystal (Margo Martindale) admonishes her daughter Marla (Louisa Krause) for the hard-living, child-neglecting ways that have contributed to the potential tragedy at the center of the film, before noting she used to make the same mistakes. History doesn’t repeat itself; it just kind of blurs together.

Until it gets worse: The town’s best days are clearly in its rear-view mirror as Bluebird opens. Once a thriving mill community, it’s fallen on hard times, leaving those who’ve made a life of working the mill to tend a dying flame. That includes Paula’s father Richard (John Slattery), whose taciturn nature is tested by the trying times, then pushed beyond its limits when an even more acute crisis arrives. Distracted by a bluebird at the end of her shift as a school bus driver, Richard’s wife Lesley (Amy Morton) fails to notice that Marla’s little boy has fallen asleep and hasn’t gotten off the bus. High on pills and booze, Marla doesn’t notice he’s missing, which leaves Lesley to find him the next day, half-frozen and unresponsive, but still alive.

There’s a stop-me-if-you’ve-heard-this-one-before quality to Bluebird’s plot, with its bus driver, act of negligence, and small, frozen town. That quality is only intensified when a lawyer arrives, seeking to assign blame for the incident. But Lance Edmands’ debut feature only resembles Atom Egoyan’s The Sweet Hereafter in its broad strokes. A work of downbeat lyricism, Bluebird establishes a mood by opening with weary, score-less footage of a paper mill in action. Then it sustains that mood to the end. Edmands avoids small-town clichés by never pushing too hard, and letting the details of the tough, windswept setting explain how residents could get stuck here, and in the process turn into harder, quieter variations on the generation that came before.

Shooting on 35mm, Jody Lee Lipes makes the harshness look beautiful and unforgiving, and in a film filled with strong performances, Morton’s work stands out. A Broadway veteran, she uses understatement to depict Lesley as a woman teetering on the edge of despair, befuddled that life, never particularly kind to her, could deal her this blow. Wandering the woods late in the film, she’s almost dwarfed by the landscape, and the shot could double as the film’s emblem: In some places, it’s a wonder anyone finds their way in from the cold at all. Sometimes just staying alive is its own sort of victory.