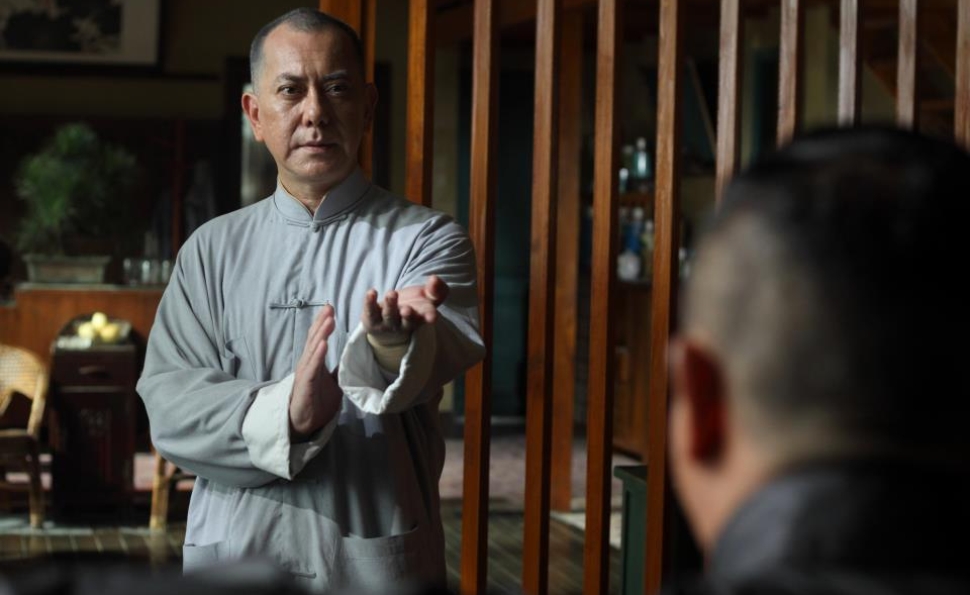 Given the staggering number of different movies about real-life Wing Chun Grandmaster Ip Man that have come out of Hong Kong over the past several years—including Wong Kar-wai’s latest, The Grandmaster—it’s likely that director Herman Yau’s relatively un-flashy historical drama Ip Man: The Final Fight will get overlooked. Unlike the super-stylish The Grandmaster, or Wilson Yip’s action-packed Ip Man trilogy (the third installment of which is due this year, in 3-D), Yau’s take on Ip is more about the martial-arts legend’s personal life than about who, how, and why he fought. Following on the heels of Yau’s 2010 film Ip Man: The Legend Is Born, the new film tells a fictionalized version of Ip’s experiences after he arrived in Hong Hong in 1949 and began teaching Wing Chun to young men who went on to excel in competitions. The version of Ip in The Final Fight strikes up a somewhat scandalous relationship with a nightclub singer, deals with chronic stomach pain, and gets involved in a gang war, while Yau explores what happens when a national hero arrives in the body of a frail older man.

Yau and screenwriter Erica Lee are working with a strong idea here, contrasting the rumors people pass around about Ip with the actual guy, with his weaknesses and desires. Some of the best scenes in Ip Man: The Final Fight show people reading newspaper articles or watching newsreel reports about Ip’s past battles against the Japanese on the mainland, which Yau then illustrates as though they were excerpts from one of the acrobatic “wire-fu” martial-arts epics that were so popular in the 1990s. It’s also an interesting choice by Yau and Lee to have some portions of the movie narrated by an actor speaking in the voice of Ip’s son Ip Chun, who talks about how his dad treated him like any other student, except that he spent more time with him than any other protégé, which was itself a boon. At times, The Final Fight has the quality of an actual memoir, recalling what life was like in Hong Kong in the 1950s and 1960s, as the real Ip started his life over and taught the next generation of Wing Chun masters (including, most famously, a teenaged Bruce Lee).

But it’s the “fictionalized” part of Ip Man: The Final Fight that proves to be a stumbling block. The Yip Ip films more naturally take the form of a bone-crunching martial-arts picture, with a style and a script that support long, dynamic fight scenes. In The Final Fight, the frequent full-combat interludes work against the truth-vs.-fiction themes of the rest of the film. The fights are presented as a organic part of the story: over-the-top punch-ups between mobsters, students, and athletes. And while Yau stages and shoots actions sequences fairly well, his work isn’t as exhilarating as Yip’s, or as artful as Wong’s. This is the rare martial-arts film where the martial arts are tedious and the conversations more compelling.

A lot of that, though, is due to Yau’s star, Anthony Wong, a venerable Hong Kong actor who’s worked a lot in the past for Andrew Lau and Johnnie To, and is ideal for the kind of soulful tough-guy parts that in the U.S. used to be played by men like Lee Marvin. He’s equally convincing as an old man in thrall to a woman in a brightly colored, form-fitting floral-print dress and as a man who can absorb a blow and return it in kind. In the opening scene of Ip Man: The Final Fight, Wong’s Ip lays a newspaper on the ground and tells a pupil to try and knock him off it, and it’s a challenge with multiple meanings, asking the apprentice both to upend a fighter with perfect technique and to move him from the very pages that have preserved his legend.