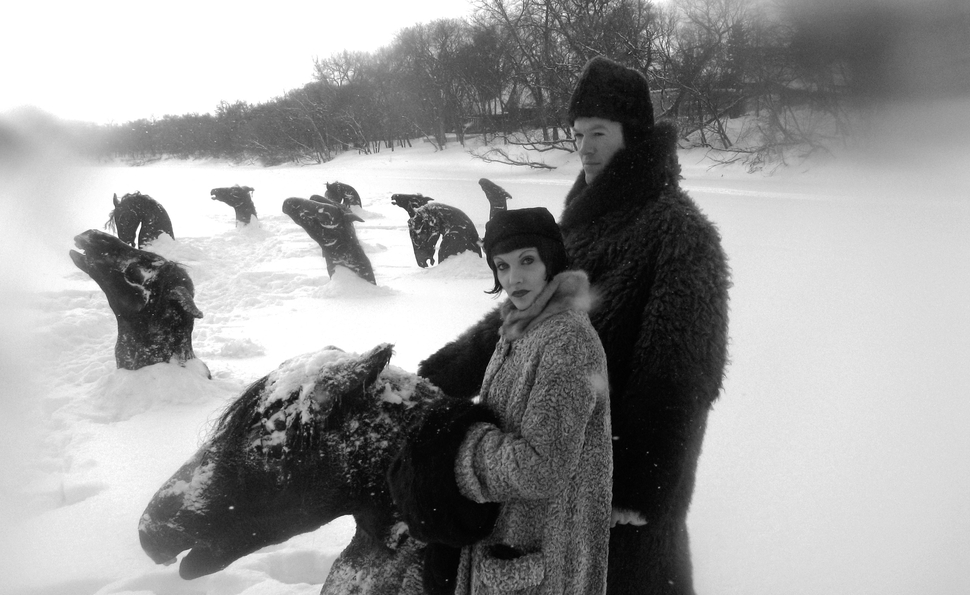 In an interview with art critic Robert Enright on the Criterion Collection’s My Winnipeg Blu-ray, director Guy Maddin traces the origins of his best film to his own laziness. Asked by producer Michael Burns to make a documentary about his hometown, Maddin chose not to do any research, and instead just riffed on what he half-remembered about his family and his city, from a childhood mostly spent napping on a couch in an apartment above his mother’s beauty shop. Some of what Maddin reveals about Winnipeg is strange but true. A lot of it is mundane but false. But all of it, Maddin tells Enright, emerged from his careerlong desire to mythologize a place and a people who’ve chosen not to make too big a deal about themselves.

Maddin holds an unusual place in indie cinema. Active since the 1980s—from the days when only a handful of independent films each year broke wide—Maddin is enough of an established name that he can land funding and commissions for his funky, hand-crafted shorts and features. He’s respected by the avant-garde, but because he cobbles together his films from imaginary fragments of half-forgotten old movies, his work is also fairly accessible to the average cinephile. It helps that Maddin brings a wry wit and a likably self-deprecating personality to even his darkest pictures.

My Winnipeg is rarely that dark, even though in some ways, the entire film is about Maddin reconciling himself with people and institutions that are dead and gone. Using a mix of file footage, home movies, shadow puppets, rear projections, and re-enactments, Maddin goes on a ramble through Winnipeg, always ending up back in the home where he grew up. He narrates in a voice that sounds as hard-boiled as a film-noir protagonist, and even casts Ann Savage—star of the noir classic Detour—to play his mother. It’s like he’s trying to make sense of his childhood by remembering it as some Poverty Row production, long since fallen into the public domain.

One of the big reasons My Winnipeg is one of Maddin’s best-loved films is that it’s packed with amusing little anecdotes, delivered with tongue only partly in cheek. Maddin remembers when the locals protested a plan to cut down an elm tree that constituted its own tiny city park. He recounts unusual (and mostly fictional) Winnipeg laws, like the one that requires the homeless to live on rooftops, or the one that forces citizens to carry the keys to all their former homes—and to be allowed to come and go from them at will. He talks about how his mother demanded they spend a good chunk of every day trying in vain to straighten out the long rug in the hallway, and he waxes rhapsodic about his family’s favorite daily TV soap opera, about a sensitive young man threatening to jump off the ledge of his apartment building. Maddin mixes personal reminiscences with elaborate fantasies of Masonic rituals and collectivist brothels, to construct a vision of Winnipeg as a city of sleepwalkers, roaming through mazes of snowbanks.

In the end, it’s the “my” that matters more than the “Winnipeg.” Maddin talks at length about the rumors of secret chambers, and rivers that run beneath rivers, but the scenes in My Winnipeg that have the most power are the ones where the actors he’s hired to play his family re-enact old arguments. With decades of perspective, Maddin can now see that a memory of his sister getting yelled at for hitting a deer with a car was really more about his mom being upset at her for becoming sexually mature. This is how myths are really made, Maddin seems to say: from moments and places and objects that grow in meaning over time, even if it’s only to one sleepy fellow.

The second Maddin film to join the Criterion Collection (after Brand Upon The Brain!) comes loaded with extras, with the centerpiece being that long Enright/Maddin conversation, in which the director says he was inspired by Chris Marker, Werner Herzog, and old Hollywood melodramas to tell fake stories that are essentially true. The disc also contains a healthy assortment of My Winnipeg-related Maddin shorts, ranging from fun little excerpts to substantial avant-garde works that grapple with the history and character of Canada and the Maddin family.