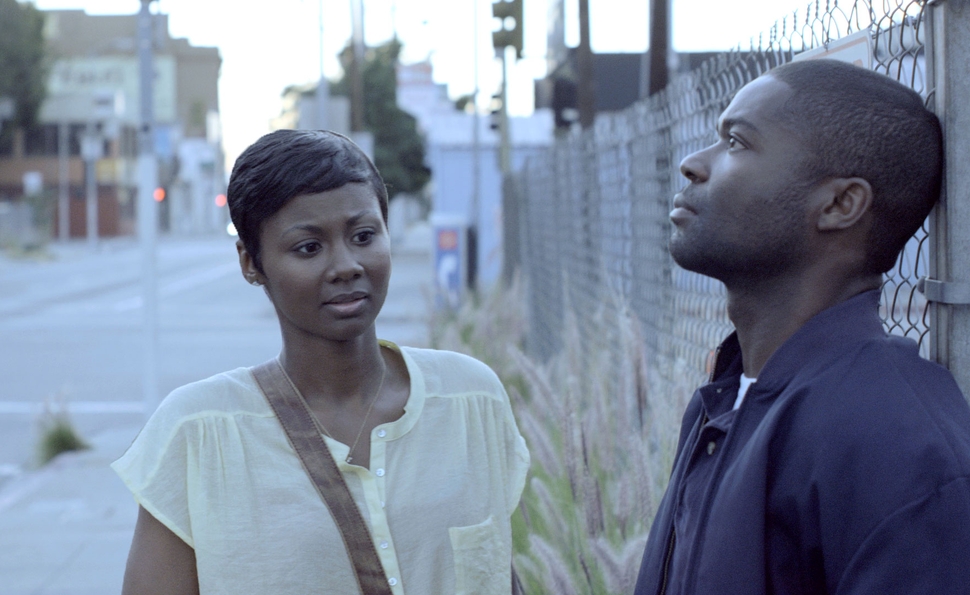 The 2012 Sundance Film Festival featured a number of films that went on to become some of the year’s most talked-about indies, including Beasts Of The Southern Wild, Searching For Sugar Man, The Queen Of Versailles, V/H/S, Compliance, and Safety Not Guaranteed. That same Sundance also had Middle Of Nowhere, a small, unassuming melodrama that scored with the few critics who saw it in Park City, and won a Directing Award at the festival for its writer-director, Ava DuVernay. Yet Middle Of Nowhere never really developed the must-see reputation of its Sundance contemporaries, even though it played at the Toronto International Film Festival and won an Independent Spirit Award. The movie had a modest theatrical run in fall 2012, and is just now making it to DVD, more than a year later.

Middle Of Nowhere just happens to be hitting home video right when DuVernay is becoming a major name in indie film, thanks to her direction (and reportedly, her heavy script-doctoring) of the Oscar-contender Selma. The timing could be coincidental. The Middle Of Nowhere DVD case doesn’t mention Selma, and if Lionsgate and its specialty imprint Codeblack were more serious about cross-promotion, they’d have put the movie out on Blu-ray, to do justice to the subtle shadings of Bradford Young’s cinematography and the spacey atmospherics of the alt-R&B score (anchored by composer Kathryn Bostic). Still, whether the belated Middle Of Nowhere DVD is an intentional Selma cash-in or not, having both films readily available at the same time should only boost DuVernay’s reputation.

Emayatzy Corinealdi stars in Middle Of Nowhere as Ruby, a Los Angeles nurse who’s set aside her med-school plans so she can stay close to her husband Derek (Omari Hardwick), who’s serving an eight-year sentence at a nearby state prison. Ruby settles into a comfortable stasis, only working shifts at the hospital that leave her free to visit and take calls from Derek. She fills up what’s left of her free time by looking after her sister’s kid, to the consternation of her stern mother Ruth (Lorraine Toussaint). Then, right when Ruby gets the news that Derek might be eligible for an early release, she meets a handsome, sweet-natured bus driver named Brian (played by Selma’s Martin Luther King, David Oyelowo). Suddenly, she’s no longer sure if what she’s been waiting for is what she really wants.

DuVernay has said Middle Of Nowhere was inspired by conversations she’s had with women around L.A. who have loved ones in jail. That became the backdrop for this story: the community of wives, girlfriends, mothers, daughters, and sisters who’ve structured their lives around long trips to remote penal facilities. These women have internalized the rules about physical contact, and know as much about what’s happening behind bars as they know about their own neighborhoods. DuVernay uses this situation as a light but poignant metaphor for Ruby’s personal growth, as she finds a way to escape her own kind of prison. Over the course of the film, Ruby begins to take active steps to stop living for someone else. Her first right move is to spend time with Brian, who’s willing to be considerate of what she wants—even if that means driving across town to go the kind of foreign-language art-films Ruby likes.

In Middle Of Nowhere, the foreign film Ruby makes Brian go see is Ali: Fear Eats The Soul, which is ironic, because the one major flaw with DuVernay’s picture is that it doesn’t embrace the melodramatic form with the gusto of Rainer Werner Fassbinder. There’s a scene toward the end of Middle Of Nowhere in a Fassbinder/Douglas Sirk vein, when one of Derek’s old friends confronts Ruby about her relationship with Brian, accusing her of betraying her husband’s sacrifice and telling her, “You’re foul.” But DuVernay’s heart doesn’t seem to be in these scattered moments of intensity and conflict. The movie doesn’t really put Ruby or the audience through the wringer—aside from making the viewers wait to find out the nature and severity of Derek’s crime, which is parceled out in occasional flashbacks and bits of dialogue, as has become all too common in indie cinema. Otherwise, the film follows a fairly predictable path to its quietly satisfying conclusion.

What matters, then, is how vividly DuVernay depicts Ruby’s life, from the exterior and interior. In the abstract, it makes no sense for Ruby to bail on a promising career for the sake of a convict. The greatest achievement of Middle Of Nowhere is that DuVernay and Corinealdi make Ruby’s big decision believable, by showing how it’s really just been a series of smaller choices. She starts out thinking that keeping her marriage alive will only be a matter of staying in touch with her husband until he gets out. Years later, her life is so governed by the timing of Derek’s free hours that even a late-running bus is a mini-crisis—right up to the day Ruby starts to see that same late bus as an opportunity to ride somewhere else.

The lone extra on the Middle Of Nowhere DVD is an endearingly chatty DuVernay/Corinealdi commentary track, in which they gush over how happy they are to see each other again, reminisce about the food they ate on set, and talk about how they worked together to find Ruby’s truth.