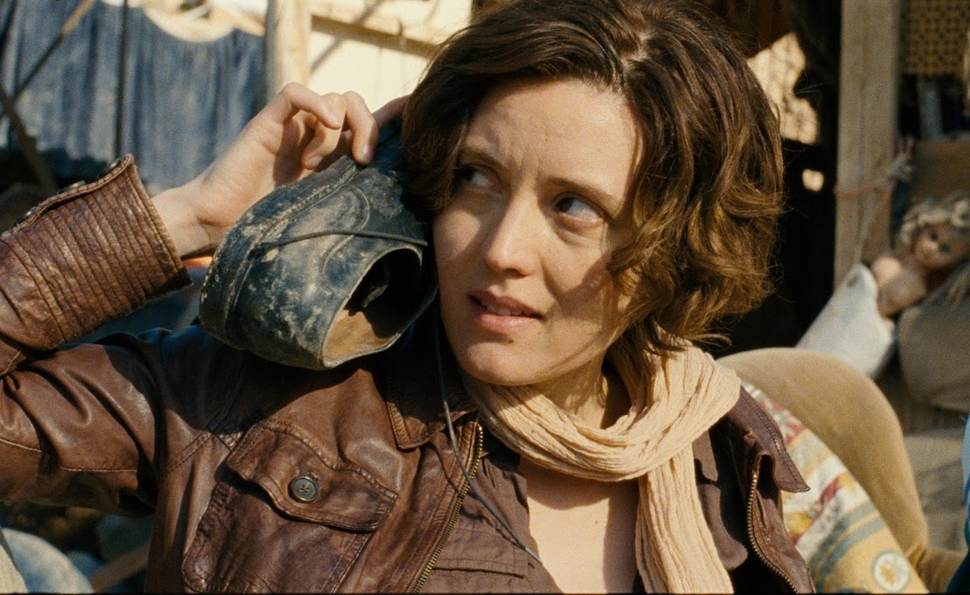 “It’s not your war,” an Israeli border guard tells a Canadian doctor toward the end of Inch’Allah. She has a point. There’s a unfortunate tinge of misery-tourism in this earnest French-Canadian production, which unfolds as if there haven’t already been dozens (hundreds?) of movies that depict the intractable nature of the conflict between Israel and Palestine. Viewing the daily indignities and random bursts of violence through the eyes of a sympathetic outsider inevitably reduces them to a teaching tool, in much the same way that movies like Cry Freedom were designed to raise Western consciousness about apartheid. And while this film’s protagonist ostensibly has one foot on each side of the border, the sympathies are so heavily weighted toward Palestinian suffering that Israel could credibly deem the result to be propaganda.

Schematically, Inch’Allah (the title is the Arabic equivalent of “God willing”) provides obstetrician Chloé (Evelyne Brochu), who lives in Israel but works in a clinic on the other side of the wall, with a close gal-pal in both camps. That border guard, Ava (Sivan Levy), is first seen visibly reluctant to even say the words “Hello, Palestine” to Chloé’s video camera, and spends most of the film scowling at the wearisome existence of those pesky Arabs, though she’s always up for some clubbing. (Even when she tearfully tells Chloé about a colleague’s brutalization of some innocent Palestinians, she frames it in terms of her own pain—the difficulty of having to witness such things. “I’d rather be in an office.”) By stark contrast, the very pregnant Rand (Sabrina Ouazani), a patient with whom Chloé forms an unusual bond, spends much of her time, like everyone else in her neighborhood, scavenging among trash heaps for basic necessities. Small wonder that Chloé gradually drifts away from Ava and toward Rand… and Rand’s brother, Faysal (Yousef Sweid), who appears to have some connection with terrorism.

More than that would entail heading into spoiler territory—though it isn’t difficult to guess where the movie is headed, since it opens with a suicide bomb going off at a street café. (In some ways, Inch’Allah serves as a prequel to Ziad Doueiri’s recent drama The Attack, which focuses on the aftermath of such a bombing.) Suffice it to say that Chloé undergoes a radical transformation over the course of the narrative, in response to the series of frank horrors writer-director Anaïs Barbeau-Lavalette provides. These range from the death of a bratty Arab boy, willfully run over by an Israeli jeep, to a tense trip by Rand and her family across the border to visit the site of their former home, now just a pile of rubble in Israeli-controlled territory. (In the film’s best and most human moment, Rand and her mother squat to pee in the spot where their bathroom once stood, giggling together.) When Rand’s newborn infant’s life is threatened by Israeli guards who refuse to let her through a checkpoint, Inch’Allah’s dramatic power and crass emotional manipulation reach their respective zeniths simultaneously.

Were Chloé a complex character with conflicting impulses and a messy personal life, rather than just a wide-eyed foreigner experiencing a jury-rigged epiphany, the one-sided portrait of the region might not seem so troubling. But while Brochu does solid work in the lead role, largely avoiding sentimentality, she simply isn’t given much to work with, even though she’s in practically every jittery frame. (As a director, Barbeau-Lavalette favors a handheld pseudo-doc style that now verges on cliché in contexts like this.) Inch’Allah tries hard, and serves up a few moments of compelling specificity, but for the most part, it has little to offer beyond good intentions. For a subject this daunting and knotty, that isn’t nearly enough.