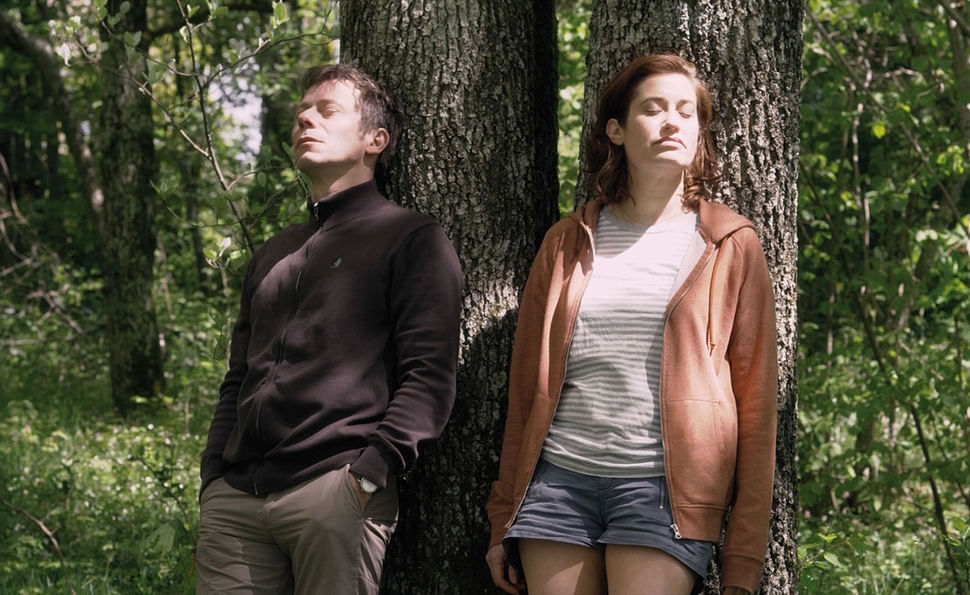 If You Don’t, I Will

Emmanuelle Devos and Mathieu Amalric have appeared in so many movies together, frequently as a couple or ex-couple, that it’s hard to believe they aren’t together in real life. Then again, the general tone of their onscreen pairings isn’t so much Tracy and Hepburn as it is Aykroyd and Curtin—a belligerence neatly summarized by the title of the first film in which they played lovers: 1996’s My Sex Life… Or How I Got Into An Argument. Sophie Fillières’ grimly hilarious If You Don’t, I Will takes a scalpel to the final days of a long-term relationship, cranking the prickliness up to 11. It’s a magnificently acrid showcase for two idiosyncratic actors who seem uncannily in tune with each other, even as their characters are out of sync.

Fillières provides little backstory, but it’s abundantly clear within the first few minutes that Pomme (Devos) and Pierre (Amalric) aren’t exactly in the honeymoon phase. On their way home from a friend’s gallery opening, Pierre dashes for a bus without bothering to make sure Pomme is with him, and he nearly leaves her behind. The next morning, when he idly comments about her putting sugar in her coffee—not her usual routine, apparently–she responds by pouring in twice as much. (The film’s original title, Arrête Ou Je Continue, translates in spirit into something like Knock It Off Or I’ll Keep At It, which captures Pomme and Pierre’s codependent dynamic.) It’s possible to catch glimpses of affection now and then beneath the layers of mutual resentment, but the marriage looks less and less salvageable with each successive contest of wills. Things truly come to a head during a weekend hike in the forest, when Pomme refuses to return home with Pierre, marching away from the trail by herself. She’d rather spend a week sleeping on the ground than beside him in bed.

While this rupture, which takes place about 40 minutes into the movie, is necessary from a narrative standpoint, separating Devos and Amalric doesn’t play to Fillières’ strengths. She sticks mostly with Pomme (who seems generally less responsible for the couple’s acrimony—Pierre is a complete dick), but fails to take full visual advantage of the outdoor locations. Since Pomme no longer has anyone to talk to, the film’s compositions need to reflect her mental state; instead, Fillières keeps shoving symbolic animals (rabbits, a trapped goat) her way, which doesn’t entirely do the job. However, the two actors lay the emotional groundwork so precisely during their time together that it manages to support their time apart. Amalric, in particular, succeeds in conveying Pierre’s feelings of regret via his suddenly churlish attitude toward another woman (Joséphine de La Baume) with whom he’d previously engaged in some pointed flirtation. When the two finally reunite, those who’ve been paying close attention will already have a good sense of how they now feel about each other, even though they, predictably, read the signals all wrong. The film’s abrupt ending is a marvel of miscommunication, expertly performed by cinematic soulmates.

GoWatchIt: Buy. Rent. Stream If You Don’t, I Will