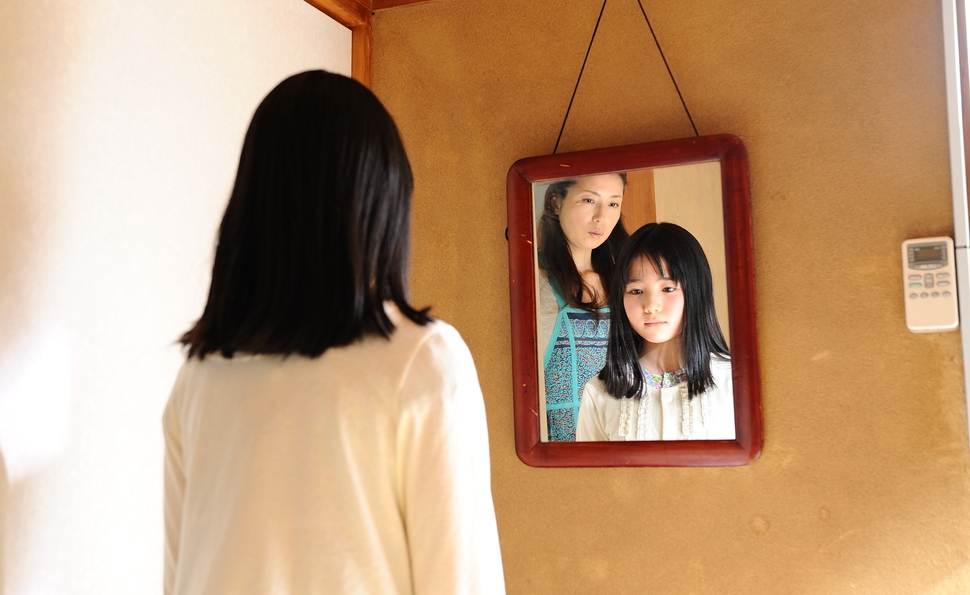 As established film directors gravitate toward TV, which tends to be more open to experimentation these days, long-form projects are finding their way back into theaters, hoping to draw those directors’ fans. Bruno Dumont’s bizarre four-hour miniseries Li’l Quinquin will get a theatrical release sometime next year, and Music Box Films picked up Kiyoshi Kurosawa’s Penance, which toured the festival circuit in 2012, but originally aired in five parts on Japanese television. Unfortunately, Penance is an example of a TV movie that definitely belongs on the small screen, to be watched piecemeal over the course of several days. Consumed in one gigantic, four-and-a-half-hour gulp, it becomes painfully repetitive and monotonous; even in this age of binge-watching, it’s unlikely that many people would eagerly rush to the next episode.

Adapted by Kurosawa from a popular novel by Kanae Minato, Penance begins strongly, depicting a brutal crime that will reverberate in the lives of those tangentially involved with it for many years to come. A 9-year-old girl (Hazuki Kimura) is murdered at her elementary school, where four of her friends clearly see the killer’s face. All are too young and frightened to identify him, however, and the case remains unsolved. That’s traumatizing enough, but the dead girl’s mother, Asako (Kyôko Koizumi) isn’t in a forgiving mood. Confronting the foursome, she announces that they’ll pay a heavy price for their silence.

What follows, in five increasingly laborious segments (at least when watched back-to-back), is each girl’s comeuppance, some 15 years later. These individual stories run the gamut of Japanese societal ills, from the country’s unique forms of sexual perversity (let’s just say one chapter is titled “French Doll”) to the hikikomori phenomenon in which young people isolate themselves for years at a time. In each of them, the vengeful Asako eventually shows up to remind the woman in question that she still hasn’t atoned for her sin. Asako’s presence seems largely superfluous, however, until she becomes the focus of Penance’s fifth and final segment, which delves into her backstory and reveals previously hidden connections that tie everything together, though not in an especially cathartic or satisfying way.

Part of the problem here may be that Kurosawa (Pulse, Cure, Tokyo Sonata) is at his best when he’s building a sustained mood. Penance’s disturbing subject matter is up his alley, but hitting the reset button for each girl’s 15-years-later episode prevents him from achieving the slow, steady escalation of anxiety and tension that characterizes his finest work. There’s also a frustrating “much ado about nothing” quality to the project, given its gargantuan length. Occasionally, hints of an interesting theme emerge—specifically, that each of the four witnesses is using her lingering guilt about the murder as an excuse to transgress in what are really unrelated ways—but these remain merely hints, with little development, and the finale pretty much negates any such reading. All the same, it’s entirely possible that Penance works much better in its originally intended form, as a series of related but largely self-contained mini-narratives. With all due respect to Music Box Films (an outfit admirably committed to distributing difficult and challenging pictures), that’s almost surely the best way to watch it, even for Kurosawa’s most fervent devotees.