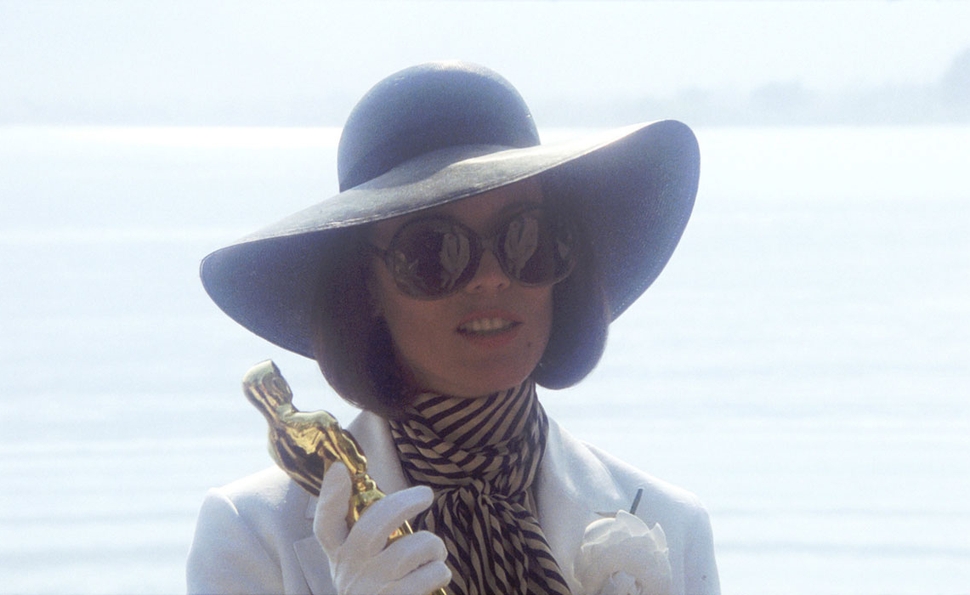 In 1978, Fedora came and went with little notice, which proves its central point: Billy Wilder’s penultimate feature is one long “They don’t make them like they used to” lament wrapped in the form of a mystery movie with only a halfhearted investment in its own secrets. Based on a novella by actor-turned-author Tom Tryon, Fedora reveals its big twist around the halfway point, then just keeps offering more details, well past the point where the narrative has run out of steam. But the tone of exhaustion suits a movie about people cursed to keep living beyond their prime.

“It’s a whole different business now,” complains Barry Detweiler, the down-on-his-luck independent producer played by William Holden. “The kids with beards have taken over.” A product of the studio era, Detweiler doesn’t know how to navigate in New Hollywood, so he decides to try his luck with a relic of the old one. Traveling to Corfu, he seeks out Fedora (Marthe Keller), a reclusive legend famous for her ageless beauty. (And to a lesser extent, her acting: “Acting,” goes one of the film’s best lines, “that’s for the Old Vic, but every so often, a face comes along the camera falls in love with.”) When he finds her, she looks much like he remembers her. Only she doesn’t seem to remember him, even though they had an affair on the set of one of her films. Even so, he sees her as his best chance at a comeback, and works to slip her a screenplay called The Snows Of Yesteryear, an adaptation of Anna Karenina. First, though, he has to get it past an entourage that includes her controversial plastic surgeon (José Ferrer) and a restrictive Polish countess (Hildegard Knef).

There’s a lot of awkwardness to Fedora, from a sluggish pace to an awful bit of last-minute overdubbing that mars two performances. (That may only make sense to those who’ve seen the film.) But there’s a lot of fascination in it, too. A reunion of Wilder and an aged-beyond-his-years Holden, Fedora plays like a companion piece to their 1950 film Sunset Blvd., one that tips the balance toward melancholy and away from dark wit. When Wilder made Sunset Blvd., he examined the silent-era stars the movie business had left behind, from the perspective of the generation doing the leaving. Now it’s the stars of his day being put on the shelf. Wilder only made one more movie, 1981’s Buddy Buddy, but not for a lack of trying. He worked with frequent collaborator I.A.L. Diamond until the latter’s death in 1988. When Wilder died in 2002, at age 95, he’d never given up his habit of showing up at the office and following a business that loved to laud him, but not to give him work. Fedora suggests he knew what awaited him, even if he hoped for a better fate.