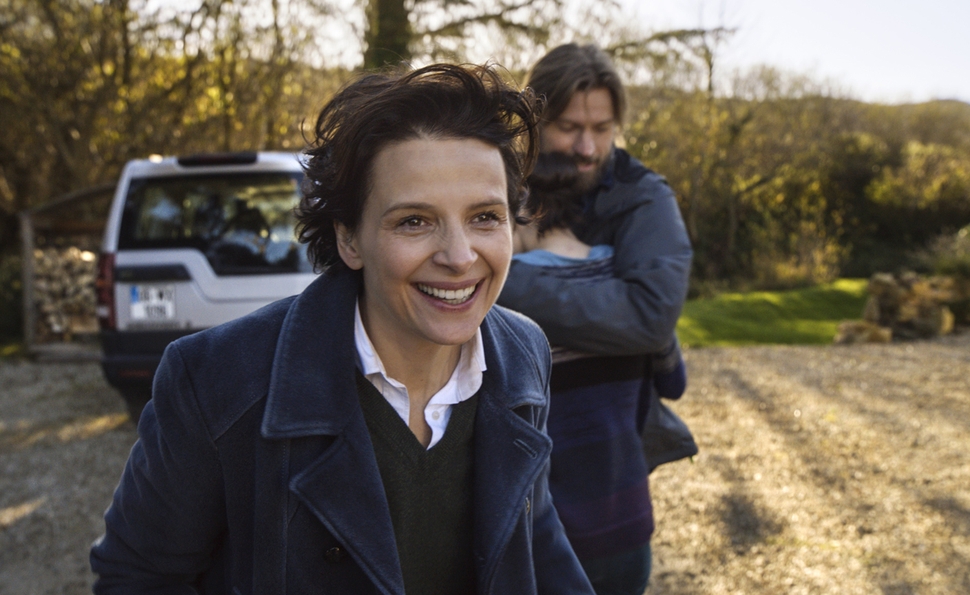 When trimming the overlong first cut of Breathless, Jean-Luc Godard is famously said to have gone scene-by-scene and removed anything that bored him. That’s an approach director Erik Poppe and screenwriter Harald Rosenløw-Eeg might have profitably taken much earlier in the development of 1,000 Times Good Night—not because their film is too long, but because it’s all too apparent which scenes don’t interest them. The movie is a mishmash of riveting action and drama pasted together with obligatory plot-moving that is so phoned-in that it approaches parody. When Poppe is filming the things he cares about—war, domestic battles, or even the planes of Juliette Binoche’s face—1,000 Times Good Night is exquisite. It’s a shame about the other parts.

Binoche plays a war photographer named Rebecca, who has a singleminded devotion to bringing images of the afflicted to the comfortable—as she puts it, “I want people to choke on their coffee when they open the paper.” Her passion leaves little room for her husband Marcus (Game Of Thrones’ Nikolaj Coster-Waldau) or daughters Stephanie and Lisa (Lauryn Canny and Adrianna Cramer Curtis). The normal template for this sort of film dictates that Rebecca will learn nothing is more important than her family, so it’s refreshing that 1,000 Times Good Night treats this as an open question: Does her daughter’s sad little scrapbook of missed birthdays really matter more than photographs that might save the lives of hundreds of other children? It’s rare for a film to treat dedication to work with much respect, but Poppe, who was a war photographer in the 1980s himself, does a brilliant job of capturing the urgency and moral queasiness of the profession. Nowhere is this more apparent than the bravura opening sequence: Rebecca photographs what first appears to be a funeral—of a drone victim, perhaps—and slowly reveals that she’s documenting the preparations for a suicide bombing. As the atrocity approaches, Poppe uses the techniques of action cinema to create not thrills or suspense, but escalating dread and nausea—the kind of thing that makes an audience choke on its popcorn.

It would be natural for the domestic scenes to pale in comparison, but at their best, they’re carefully observed and just as absorbing, whether Poppe and Rosenløw-Eeg are capturing the thousand cuts a careless parent inflicts (there’s the wonderful detail of Rebecca giving her children gifts her husband has picked out, things she’s clearly never seen before they’re unwrapped), or showing something truly unforgivable. And if anything, these sections are often more visually striking than the action: cinematographer John Christian Rosenlund uses a palette of vibrant greens and warm yellows that stand in stark contrast to the teal-and-orange status quo. (He reserves blue for nightmares, to great effect.) The film gives the actors room to be savagely cruel to each other, and Binoche, Coster-Waldau, and Canny rise to the occasion. Binoche in particular is a holy terror; her reaction when her daughter asks if she’s still angry is a high point, as is her collapsing face when she finds herself on the wrong side of the camera at last. When the film works, it captures the kind of toxic family dynamic where real damage has been done, is being done, and will continue to be done.

So it’s all the more disappointing that the connective tissue is so lazily imagined. Giving Rebecca’s older daughter a nebulous school project about “Africa” gives her a reason to take an interest in her mother’s work, but everyone involved sleepwalks through the resulting conversations and fights. The scenes of Rebecca attempting to lead a normal life are a stacked deck, too: Her husband has some sort of job as a marine biologist, but talks about his work with vagaries like, “The progress on the plutonium measurements are just, it’s a breakthrough.” These parts of the film feel half-remembered by someone who wasn’t paying much attention to begin with. It’s jarring to get lost in the film’s gripping, genuinely surprising sequences, then wake up in the kind of movie where the score swells, as absolution is delivered by school presentation. Someone should have taken scissors to this story.