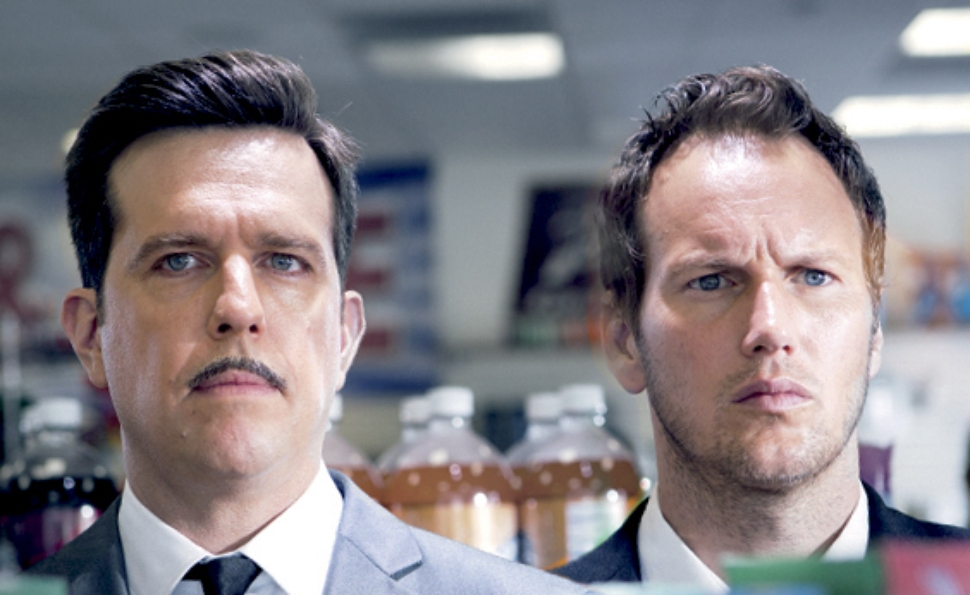 The question with Joe Carnahan isn’t really what his movies will be about, because the answer after six features is the same: Men. Men being men, men bonding with some men and fighting other men, men becoming manlier through some violent rite of passage. This is a career that started with a thriller called Blood, Guts, Bullets And Octane—a title that could more or less apply to any movie that followed. How is the big question. Will Carnahan use genre to wax (relatively) philosophical, as he did with Narc and The Grey, or will he indulge in the glib, fast-paced, alpha-dog douchebaggery of Smokin’ Aces and The A-Team? Carnahan’s coke-fueled action-comedy Stretch falls decisively in the latter category, which is unfortunately the one where the director confuses confidence and bravado for wit and fun.

Produced for Universal, Stretch got its theatrical release swiped out from under it, and now it’s found its way exclusively to VOD. But if the studio executives wanted another Smokin’ Aces—which found enough appreciators to inspire a direct-to-video prequel—they should have been happy with what they got. The film is an obnoxious cartoon version of Hollywood noir, but Carnahan has the chops to keep it moving quickly, deftly orchestrating a plot that keeps adding new layers of complication and intrigue. It’s a backhanded sort of praise to say Stretch is a movie that goes nowhere fast.

Joining the litany of half-shaven Carnahan heroes, Patrick Wilson stars as “Stretch,” a put-upon limo driver at the end of his rope. He lost his beautiful girlfriend (Brooklyn Decker) a year ago to the quarterback of the Cleveland Browns—another loser, in other words, but a multi-millionaire loser—and he’s $6,000 in debt to gangsters who want their money by the end of the day. Scooping a couple hundred from Ray Liotta (as himself) as a tip isn’t going to get it done, but his dispatcher Charlie (Jessica Alba) has a line on a rich, volatile client who’s known for dropping thousands in a night. The problem for Stretch is twofold: The client, Karos (Chris Pine), is a violent, drug-crazed, beardo lunatic who introduces himself by skydiving naked and landing on top of the limo, and Stretch is stealing him from a rival limo company that’s virtually a mob outfit itself. And that’s just for starters. In order to earn his big tip, Stretch has to do Karos’ bidding for the night, which involves hookers, blow, a briefcase full of cash, and a crossfire of FBI guys and pile-driving thugs.

Stretch delves into the wacky, aspirational Hollywood where everyone wants to be an actor and their lives take the form of a surreal, action-packed movie that calls on them to deliver their best performance. It’s the type of comedy where David Hasselhoff shows up cursing a blue streak and thumping his chest over Baywatch’s unprecedented syndication numbers, and it’s funny because he’s “The Hoff.” Ed Helms also turns up as a legendary limo driver who shot himself and now appears as the pencil-mustached angel/devil on Stretch’s shoulder. Meanwhile, Carnahan pounds on his masculinity theme by having his hero’s journey explicitly involve his graduation from a beta male to an alpha male. Congratulations, Stretch: You are now an insufferable lout.