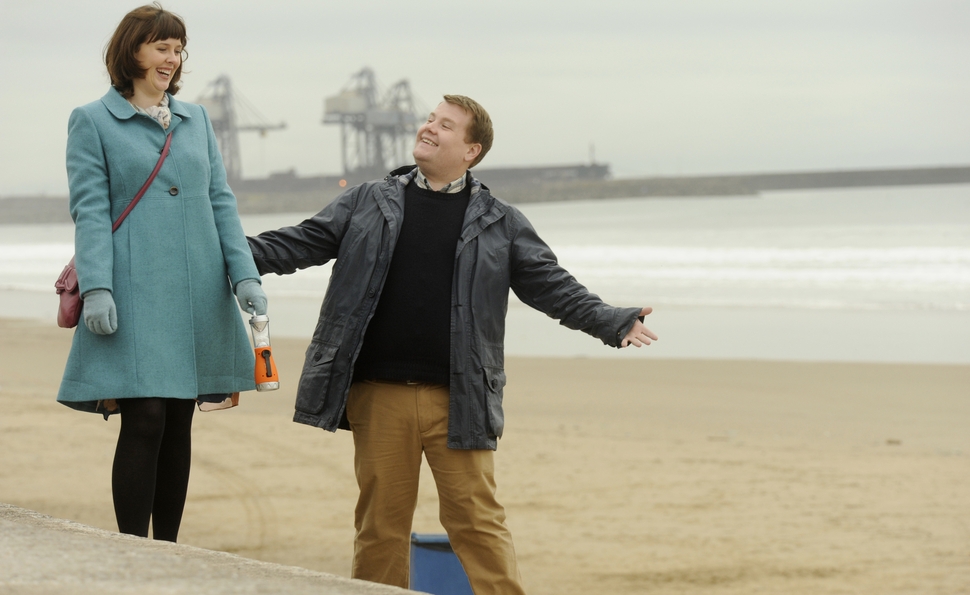 It’s unlikely that many fans of reality-TV competition shows like American Idol and Top Chef find themselves thinking, during the quick bits that detail the contestants’ personal history, “Wow, I’d love to see this two-minute summary expanded into a two-hour movie.” Just in case, however, One Chance tells the story of Paul Potts, a mobile-phone salesman who won the first season of Britain’s Got Talent, singing the aria “Nessun dorma” from Puccini’s Turandot. Like Susan Boyle, who won the same contest two years later, Potts surprised viewers and the trio of judges (including Simon Cowell, who serves as a producer here) with a mighty, gorgeous voice that seemed at odds with his appearance and personality, and was able to parlay his victory into a professional career and a multi-platinum album. That doesn’t necessarily mean that millions of people want to know how he discovered his love for opera and met his wife, but the film fictionalizes his life story so aggressively that it’s no less (or more) entertaining than the average rom-com.

Most of the basic details are accurate, to be sure. After briefly introducing Paul as a fat kid who’s routinely bullied about his weight and his highbrow interests, One Chance jumps forward to show him as a fat young man (James Corden, best known from the BBC sitcom Gavin & Stacey) who’s routinely bullied—by the same assholes!—about his weight and his highbrow interests. Paul’s a bit of a passive lump, frankly, but his best bud and manager at work, Braddon (Mackenzie Crook, who played Gareth on the original Office), pressures him into finally meeting Julz (Alexandra Roach), the woman he’s been flirting with online. She, in turn, encourages him to follow his dream of studying opera in Italy. An opportunity to sing for Pavarotti himself proves to be a disaster, due to paralyzing stage fright, and subsequent setbacks see Paul put singing aside and resign himself to his life at Carphone Warehouse. When money gets tight, however, the lure of the cash prize on a new show called Britain’s Got Talent convinces Paul to give it… one chance.

Even though most of this stuff actually happened, there’s never a moment when any of it feels even vaguely believable. American director David Frankel (The Devil Wears Prada, Marley & Me) gives the film the slick, sprightly rhythm of a Hollywood comedy; the tone is set by an early jump cut (cutely disguised by a passing bus) from Paul as a boy running from a gang of bullies to Paul as an adult running from the same gang of bullies, now collectively grown. Uh-huh. This exaggerated, formulaic approach doesn’t serve Paul’s struggle to become an opera singer terribly well, but it does at least provide a pleasant showcase for Corden and Roach, who make the long-term romance between Paul and Julz both awkwardly funny and genuinely affecting. It’s hard not to get a bit weepy, too, during the re-creation of Paul’s TV triumph, with Corden expertly lip-syncing to the real Paul’s voice, and the judges’ awed reactions taken from the actual broadcast. Opera! And then the closing credits roll over a Taylor Swift song. It’s that kind of movie.