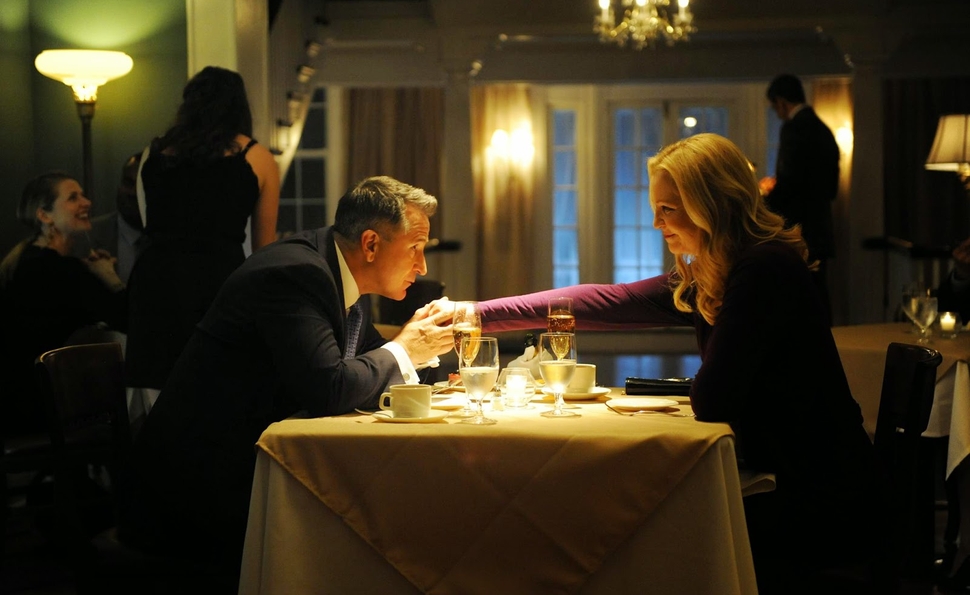 Stephen King typically writes novels and stories with grabby premises—haunted car, killer dog, etc.—but while King takes pride in writing within the traditions of gothic horror and cheap pulps, he also describes the common stresses of modern life with a vividness that can stand with the best of contemporary literary fiction. It’s the non-horror elements of King’s books that hold them together. He’s always given teen angst, economic uncertainty, and fractured relationships as much of a sense of dread as any ancient supernatural evil.

King wrote the screenplay for A Good Marriage (officially titled Stephen King’s A Good Marriage), based on his novella of the same name, about a wife who  discovers that her seemingly upstanding husband of 25 years is actually a notorious serial killer known as “Beadie.” But because King’s script has been stripped of his descriptive prose—or perhaps because director Peter Askin doesn’t have much of a knack for suspense—A Good Marriage comes off as curiously flat for a movie about a woman who sleeps next to a murderer every night. And that’s a shame, because the title promises a film that’ll say so much more about the give-and-take of long-term relationships, and the way the trust between a couple can disappear in an instant.

The best move King makes (in both his book and his script) is to get the big discovery out of the way early, so that the story can be about the aftermath. Joan Allen plays Darcy Anderson, who runs a rare-coin business alongside her husband Bob (Anthony LaPaglia). One night, when Bob’s away on a coin-hunt, Darcy stumbles across some especially vile bondage-porn in their garage, and after a little more digging, she finds the ID of one of Beadie’s victims. Less than half an hour into A Good Marriage, everything’s out in the open, as Bob comes home and convinces Darcy that “Beadie” is just a voice in his head that he can ignore, and that it would be better for her to keep quiet than to ruin their children’s lives.

The best scenes in A Good Marriage follow immediately after Bob and Darcy talk it out. They go back to their old routines, where he leaves little notes of advice for her around the house, and she makes passive-aggressive jokes at his expense. Occasionally, Darcy imagines what it must’ve been like for Bob’s victims, and she’s always keeping an eye peeled to see if he’s falling back into his old predatory habits. But for the most part, the two of them act like the old married couple they are, faking bonhomie while nursing grudges.

A Good Marriage then throws in a couple of twists that—like Bob and Darcy’s surprisingly early air-clearing session—give the movie an unusual, off-kilter structure. But Askin and King’s avoidance of conventional thriller beats ultimately only raises the question of what exactly this film is supposed to be. The performances are generally wooden (even from the usually reliable Allen and LaPaglia), and the few moments of overt humor suggest the dark domestic satire that A Good Marriage never becomes.

When Darcy first finds Beadie’s booty, it’s in a little box that their daughter made for him in grade school, which is a perfect King detail, suggesting the appalling, inappropriate lack of separation between Bob’s secret life and his family life. In the movie, though, the box itself doesn’t have that kind of meaningful impact. It looks exactly like it’s supposed to, but from the way Darcy reacts to it to the way Askin shoots it, the box comes across only as a container for a plot-point. So does the rest of the film.