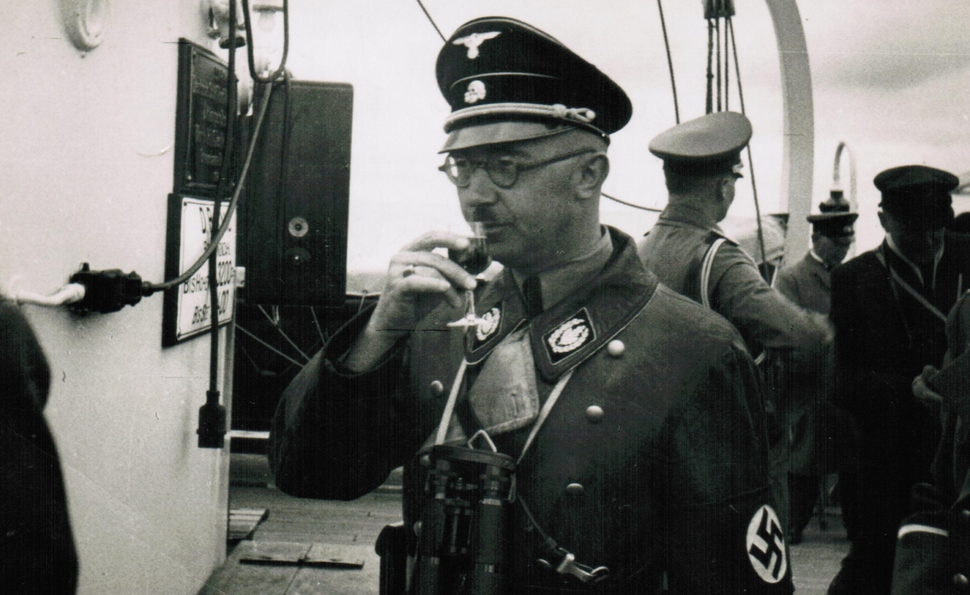 As cops, prosecutors, and documentarians know, one of the easiest ways to get people to incriminate themselves is simply to keep them talking. That’s the approach Vanessa Lapa takes in The Decent One, a documentary that uses an extraordinary collection of primary source material to take an uncomfortably close look at the life of Heinrich Himmler. It isn’t exactly difficult to build a case against the head of the SS and architect of the Final Solution, but he isn’t exactly the one in Lapa’s sights.

Lapa has actors read letters and diary entries from Himmler and his family, pairing them with period footage and photographs. It’s the Ken Burns method, although the footage has been augmented with distracting foley effects, and the photographs have been altered to produce a 3-D effect as the camera pans across them. The words are fascinating enough to make up for any weaknesses in the visuals, however. Starting with Himmler’s childhood, The Decent One is less an accumulation of damning details than normal ones: christenings, sports, school, even board games. Like any nerdy, socially maladroit boy, young Heinrich gets overly passionate about his reading, although in his case, it’s Hans F. K. Günther instead of Jack Kerouac or Ayn Rand. And his self-conscious laments are indistinguishable from those of any teenager:

People don’t like me.  Why? Because I talk too much. I’m such a chatterbox. I can never shut my mouth. Thoughtless and immature. When will I get a grip on myself?

Things get creepier when he meets wife-to-be Margarete Boden, by which point he’s already a Nazi. There’s a certain amount of black humor in hearing that the architect of the Holocaust called his lover “Rascal,” and signed his letters “Heini.” But it’s one thing to read Sontag linking sadomasochism and fascism in the 1970s, and another altogether to know Himmler and Margarete made that link at the time; in one letter, he tells her, “What a naughty man you have, with such a naughty, evil movement.”

More disturbing than the Himmlers’ sex lives are the ways Nazi ideology invades their domestic arguments. When Himmler wants his next car to be a Dixi instead of the less-expensive Hanomag his wife thinks is more sensible, it takes him exactly no time to arrive at the argument that “Hanomag are evil thieves and a Jewish company.” Anti-Semitism is a tool Himmler uses to get things he wants. It’s so transparent, Lapa lets it be funny, pairing Margarete’s voiceover telling her husband to order a Hanomag with a photograph of Himmler grinning behind the wheel of his new Dixi.

Lapa’s story is in the disconnect between the words and the visuals, or the visuals and what we know to be true, or even the words from one moment to the next. Margarete is like any wife: missing her husband, thinking he deserves more recognition at work, miserable when he takes a mistress. His daughter Gudrun misses her daddy, treasures a photograph of him making a funny face, loves visiting him at work. Himmler’s father gradually wears out his son’s patience with requests for assistance for his friends and family members. And around these universal family dynamics, Heinrich handles the logistics for the single greatest act of industrial mass murder in human history.

Eventually, the tension between what we’re hearing and what we already know becomes too great, and Lapa shows us the full horror this maladroit, soft-spoken bureaucrat planned and implemented. But as The Decent One makes clear, Himmler left an indelible, awful mark on the world, but he didn’t live in the horrors he created. He spent most of his days the same way we do, juggling family and professional life, struggling to define himself, worrying about his status with his boss, his wife, his children, his mistress. He was, in other words, almost completely ordinary. That’s the horror of it.