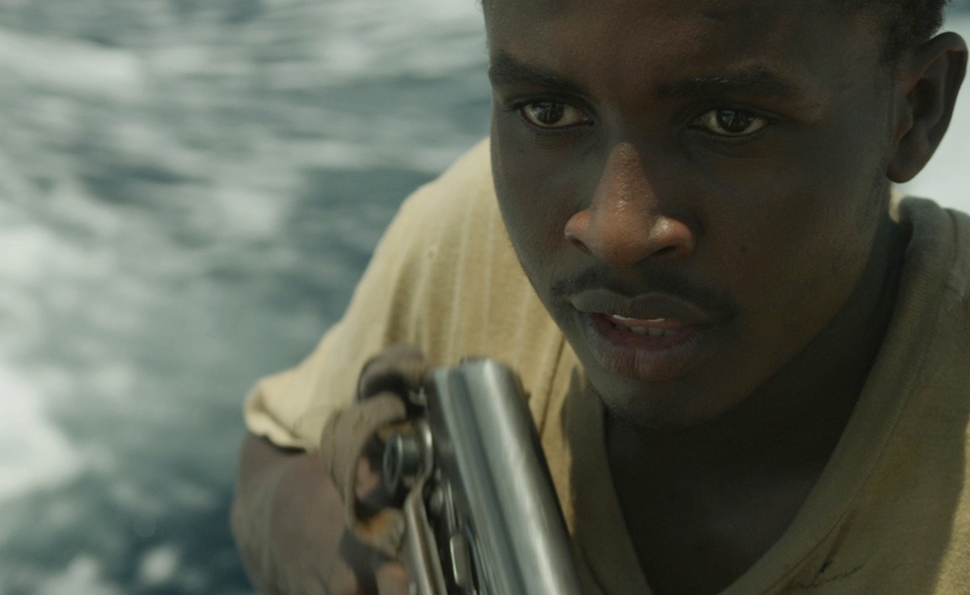 “I am the captain now,” Barkhad Abdi informs Tom Hanks in Captain Phillips’ most indelible moment. In one sense, he was right: It was the unknown Abdi, rather than superstar Hanks, who received an Oscar nomination for his performance. Still, Phillips’ name serves as the title for a reason. The most persistent criticism leveled at the film—a complaint likewise applicable to the Danish thriller A Hijacking, released in the U.S. a few months earlier—is that the Somali pirates are treated as generic bad guys, with little acknowledgement of their desperate circumstances or their humanity. Fishing Without Nets, which premièred earlier this year at Sundance (and was expanded from a prize-winning Sundance short), attempts to solve this problem by focusing entirely on the pirates. They are the protagonists now.

Surprisingly, that doesn’t help much. Rather than make an ensemble piece, director and co-writer Cutter Hodierne opts to invest viewer sympathy in just one man, who gets involved in piracy with such great reluctance that he makes everyone around him look rapacious by comparison. Abdi (Abdikani Muktar Manur) works as a fisherman, though the waters near his home have been largely depleted; things have gotten so grim that he paid to smuggle his wife and young son out of the country, promising to join them as soon he scrapes together enough money to follow. Browbeaten by a friend into taking part in a hijacking, Abdi winds up placed in charge of one of the hostages, Victor (Reda Kateb), with whom he forms a tentative, mostly silent bond. His fellow pirates, however, view Victor strictly as a meal ticket, treating him like an animal. A loose cannon named Blackie (Abdi Gabo Siyat), in particular, spends the entire film practically foaming at the mouth, and seems as if he’d sooner kill Victor than ransom him.

So there’s the good pirate, the bad pirate, and then a whole bunch of utterly faceless pirates in between, all of whom seem callous at best when juxtaposed with the ultra-sensitive hero. Hodierne’s intentions were unquestionably good—he spent years researching the short and feature, working with Somali non-pros—but he still managed to fall into the same trap as the other American films on this subject, focusing on individuals rather than group dynamics. Fishing Without Nets doesn’t even spend much screen time on negotiations, preferring to concentrate on the relationship between Abdi and Victor, which pales beside the similar but much more nuanced relationship in the forthcoming drama Far From Men. (Kateb, a quietly charismatic French actor, plays essentially the same role in both films: a prisoner whose reluctant captor—in Far From Men, it’s Viggo Mortensen—doesn’t want to see him hurt.)

Hodierne, who grew up on a sailboat (after which he was named), does demonstrate that he knows how to craft a tense action sequence, and Fishing Without Nets excels during the relatively few scenes shot onboard the ship, before the pirates decide to take Victor ashore as part of a strategy to keep the more valuable white hostages separate. Every time it threatens to maintain a steady pulse, however, Abdi does something to demonstrate that he’s really a wonderful guy deep down—not like these other greedy, misguided bozos. Transferring the hooker-with-a-heart-of-gold cliché into this milieu does it no favors, and the movie’s final shot, which is clearly intended to be emotionally ambiguous, comes across instead as merely confused. Making characters more prominent isn’t enough. More complexity is what’s required.