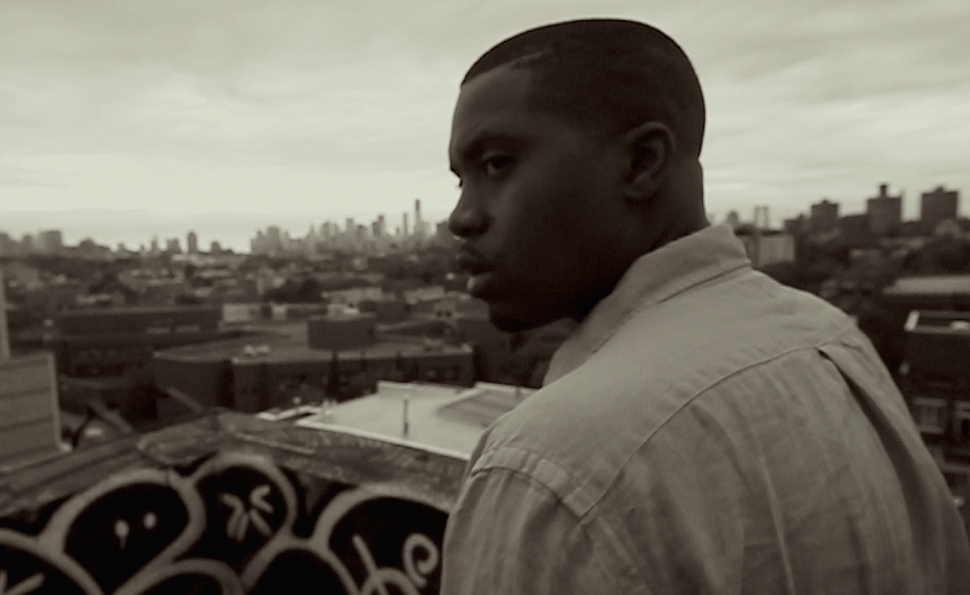 Nas’ 1994 debut Illmatic is generally discussed with hushed reverence and endless superlatives. Its high place in the pantheon of popular music is well-established: The question isn’t whether the album is great, but whether it’s the single greatest hip-hop album of all time. It’s one of those rare releases considered borderline-perfect, a masterpiece from a lyrical prodigy barely out of his teens, yet blessed with a wisdom far beyond his years.

Time Is Illmatic, a handsome documentary on the making of Illmatic, is unashamedly hagiographic, a tribute to a seminal album that approaches its subject with shameless effusiveness. Director One9 frequently films Nas in slow-motion as he revisits the Queensbridge projects where he grew up, like a king surveying his subjects. As old NFL Films clips famously proved, nothing lends an air of epic grandeur quite like filming a strong man in slow-mo.

In this instance, however, the fawning treatment works. If any hip-hop album is worthy of being deified, it’s Illmatic, and Time Is Illmatic essentially offers an origin story for an album that begins well before Nas’ birth. As Nas himself articulates, his story begins with that of his father, Olu Dara, a gifted horn player who regularly left his family for extended gigs in Europe, where his art form was held in much higher esteem than in his home country. Then one day, Dara split for good, leaving Nas as the man of the house.

Time Is Illmatic makes clear what a rich, complicated birthright Dara left his son. Dara believed in self-education rather than conventional schooling, so instead of going to high school, Nas educated himself in a Queensbridge that had been completely transformed by the rise of crack in the 1980s. To paraphrase Common, Nas was part of a generation raised on crack and rap, torn between the culture’s “Just Say No” mandate and the illicit lure of a street world that made drug dealing seem like the key to upward mobility, as much as a ticket to prison or to the grave. So while Time Is Illmatic is the story of a rapper and an album whose long shadow has haunted Nas for two decades, it’s also the story of the neighborhood and projects that molded him.

With his authoritative rasp and effortless magnetism, Nas takes center stage in Time Is Illmatic, but his father and brother/collaborator Jungle are nearly as central to the narrative. Some of the best moments come from Jungle, who’s nowhere near as gifted as his brother, but blessed with a funky charisma to rival Nas’. Jungle wanders the projects with a cup in hand, asking for cigarettes and retracing a world lost forever to time, but resurrected whenever someone listens to Illmatic.

If Nas was wise beyond his years when Illmatic shocked the world, it was probably because living that life had aged him. Enduring tragedies like the murder of his best friend Ill Will lent him a sense of perspective. Seeing things no child should have to see gave him a sense of a world beyond Queensbridge and the day-to-day struggle for survival.

With a running time just over 70 minutes, Time Is Illmatic is nearly as stripped-down as the album it so lovingly chronicles, which famously only needed 10 tracks to change hip-hop history. One9 doesn’t do anything particularly novel or unexpected, but his classical approach to storytelling, as vintage and retro-cool as a Blue Note album cover, perfectly suits his subject matter.

Frank Larson’s cinematography gives Queens and the Queensbridge projects a gritty, brutal beauty perfectly augmented by the generous sampling of songs from Illmatic. Time Is Illmatic is a documentary worthy of its subject. It’s no masterpiece, but it’s a strong, substantive look at an album whose greatness was apparent immediately, but that’s still grown in stature since its release.