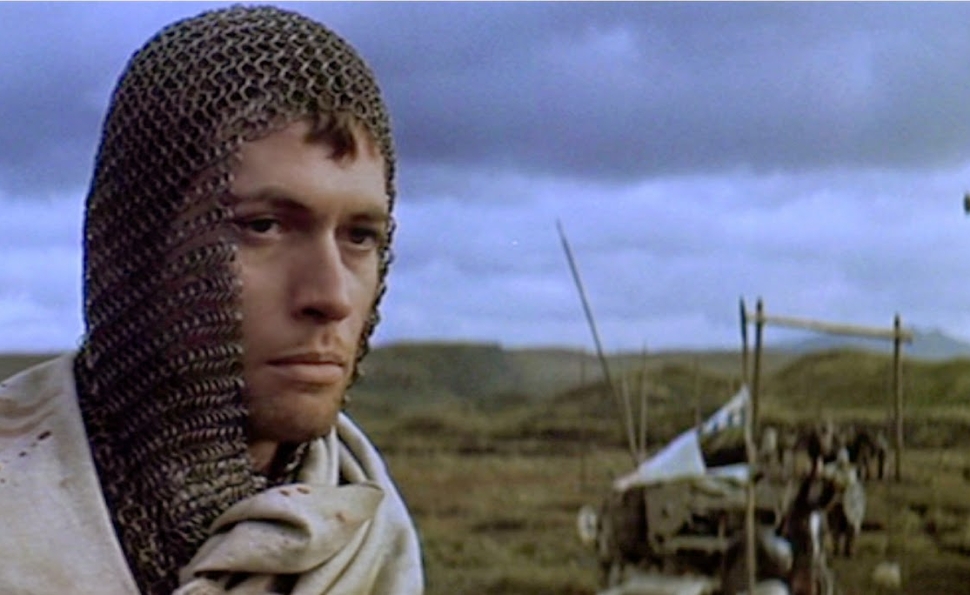 When released in 1971, Roman Polanski’s adaptation of Macbeth dragged two millstones behind it. One concerned the company that financed it, Playboy Productions. Having Hugh Hefner onboard as an executive producer created expectations that this would be a salacious take on Shakespeare’s Scottish tragedy. The other concerned Polanski himself. Though the film was in the works before the director lost his wife, Sharon Tate, at the hands of the Manson family, it became the first project he completed after the murders. Largely ignored by American audiences, and subjected to some unkind reviews, the film came and went in a flash of bad press.

These days, the first is easy to wave away. There’s nothing particularly erotic about this Macbeth, or much to align it with the Playboy brand. Though the film’s Lady Macbeth delivers her character’s famous sleepwalking scene in the nude, it’s a discreetly staged sequence, worlds away from Barbi Benton reclining on a bunch of throw pillows. The second, however unfairly, is a little harder to dismiss. Though Terrence Rafferty’s thoughtful essay in this new Blu-ray edition says connecting Polanski’s life with his work here is the province of “lazy critics,” it’s hard for those who know Polanski’s history to miss the resonance in the scene in which Macbeth’s men slaughter Macduff’s family in a graphically staged home invasion. (Roger Ebert, who supported the film in 1971, said it was “impossible to… not react on more than one level to such images.”) Sometimes, extratextual details can’t be forgotten—which has come to dog Polanski in other ways, too.

Try to factor that out for a moment, though. Similarly, factor out Polanski’s later Chinatown and Tess, two films that sit snugly next to Macbeth in letting fatalism and tragedy go hand-in-hand. Seen on its own terms, Polanski’s Macbeth is, from first to last, permeated with brutality that matches the world around it. Adapting the play with famed English critic Kenneth Tynan, Polanski treats Macbeth as a tale of misguided youthful ambition with consequences that ripple out from impetuous decisions, and little divides the bloodletting of the battlefield and the machinations of those vying for power. In the opening, one soldier kills a wounded enemy with a mace, delivering blow after blow long after he’s stopped moving. In the finale, Macbeth’s head sits on a spike. In between, audiences cheer a session of bear-baiting. Such is the way of things in the film’s Scotland.

Shooting both on location and in cramped, shadowy castle sets, Polanski fills Macbeth with authentic medieval details. Shot in widescreen, the relatively low-budget film offers some stunning vistas—particularly the scene in which Macbeth assumes the crown—but just as many claustrophobic moments. The sense of authenticity extends to combat scenes so awkward and ugly, they almost seem unrehearsed. (On the scale of most- to least-unpleasant-looking ways to die, “axe to the back” ranks pretty high.)

The characters seem like products of this environment. Purposefully casting a youthful Macbeth (Jon Finch, then unknown, soon to pass up the chance to become famous as James Bond) and Lady Macbeth (the gifted Francesca Annis), Polanski makes his protagonists seem less like schemers than like kids caught up in the heat of the moment. Annis treats Lady Macbeth’s revelation of her plans for Duncan (Nicholas Selby) as if she just thought of it the minute before. Finch nods and agrees. It’s played more an example of folie à deux than Machiavellianism in action. When Macbeth proves a lousy king, it comes as no surprise. He’s overturned the old order, but put nothing in its place but blustery declarations of his authority. When madness sets in, the film makes it seem like the inevitable consequence of the Macbeths’ hubris, sure, but also of any who would declare a corner of the universe under their control.

The first trick of making Shakespeare work onscreen is finding a way to make Shakespeare cinematic. This Macbeth makes that seem easy. The cast delivers naturalistic performances that treat Shakespeare’s dialogue as everyday speech, Polanski outdoes himself in the supernatural sequences, and it all builds to a climax of remarkable intensity. (Only the decision to stage most of the monologues in voiceover plays awkwardly.) It’s a model of how to stay true to Shakespeare and film without sacrificing one for the other, and if that wasn’t evident in 1971, it ought to be obvious now.

The new Criterion edition includes a new, informative hourlong documentary called Toil And Trouble: Making Macbeth that features most of the surviving players, and no shortage of anecdotes. (Polanski almost lost his job. Annis got hers in part because Marianne Faithfull couldn’t remember her lines.) A 1971 doc has some fascinating behind-the-scenes footage, including a shot of a medieval banner with the Playboy logo on it. Also wroth a look: A Tynan appearance on The Dick Cavett Show discussing the film and his controversial play Oh! Calcutta, and a 1972 talk-show appearance that pairs Polanski with theatrical director Peter Coe, who’d just staged a version of Macbeth set in Africa.