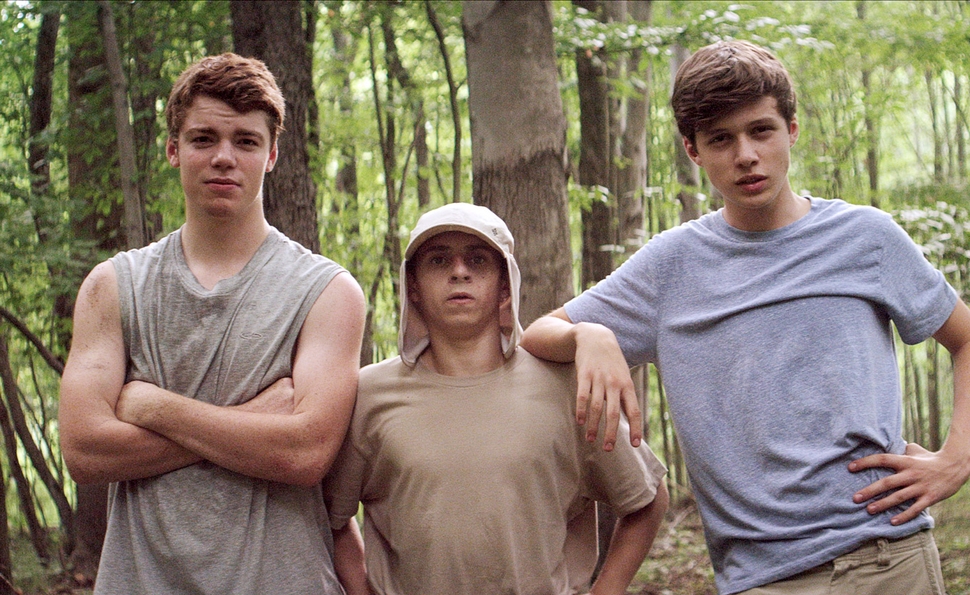 The Kings Of Summer

The Sundance favorite The Kings Of Summer has the misfortune of sharing theater space with Jeff Nichols’ Mud, another coming-of-age film about two boys who escape to a storybook idyll in the wilderness and grow up a little by summer’s end. (Each film also features a deus ex machina involving a poisonous snake.) There’s a fairytale element to the impossible forts they occupy in the woods—a boat lodged high in a tree in Mud, a cobbled-together house in The Kings Of Summer—but where Mud feels grounded by real stakes and a persuasively detailed evocation of Southern life, The Kings Of Summer flutters along on a whimsy that rarely seems connected to identifiable emotions. It’s impeccably stylized, but that only makes it seem more like hand-me-down Wes Anderson, a vaporous amassment of quirk.

Though the film is set in suburban Ohio, its cartoon Middle America has a more generalized flavor, common to many such tales of awkward teenage misfits who long to escape their dimwitted parents and hostile peers. With an older sister (Alison Brie) out of the house, 15-year-old Joe (Nick Robinson) lives alone with his bitter, widowed father (Nick Offerman), and suffers from the extra attention of having Dad monitor his shower time and humiliate him in front of a crush. If anything, Joe’s best buddy Patrick (Gabriel Basso) has it worse: His parents (Megan Mullally and Marc Evan Jackson) give him more positive attention, but micromanage his every waking moment, until even an exasperated sigh warrants analysis and course correction.

One night, as Joe stumbles back home after sneaking out for a kegger, he comes upon a clearing in the woods and hatches the idea of creating a summer refuge for Patrick and himself, away from their nagging parents. With their strange, runty new friend Biaggio (Moises Arias) in tow, the boys build a house out of borrowed materials and run away from home. They live free and forage for food as their ancestors did—by walking across the street to a nearby Boston Market.

The structure they build resembles a cross between a fanciful drawing and one of the ramshackle homes in Beasts Of The Southern Wild, a patchwork of flimsy plywood with a door off a Porta-Potty, and a plastic waterslide attached to the top bunk. The house is an impossible fantasy—as is the parents and local authorities’ failure to find it—but it’s one that can and should be forgiven in a movie that’s more a comic dream of adolescent escape than a plausible fiction. Director Jordan Vogt-Roberts, making his debut feature after cutting his teeth on television, brings a stylistic brio that helps animate what might have otherwise seemed more like a grinding assemblage of offbeat character moments. The fantasy doesn’t amount to much, but Vogt-Roberts creates a world within a world that envelopes the audience along with its moony adolescents.

Still, The Kings Of Summer doesn’t do enough to avoid the stale whiff of familiarity: Throw a stone at Sundance, and it’s easy to peg a quirky coming-of-age comedy about post-pubescent outcasts. The stifling suburban two-stories, the amiable-but-clueless parents, the pixieish comic third wheel, that obscure blonde object of 15-year-old desire—all are clichés that The Kings Of Summer perpetuates more often than it amends. A film that should feel like some vivid memory of the filmmakers’ youth instead feels like that thing that opened at arthouses a month or two ago. What was the name of that again?