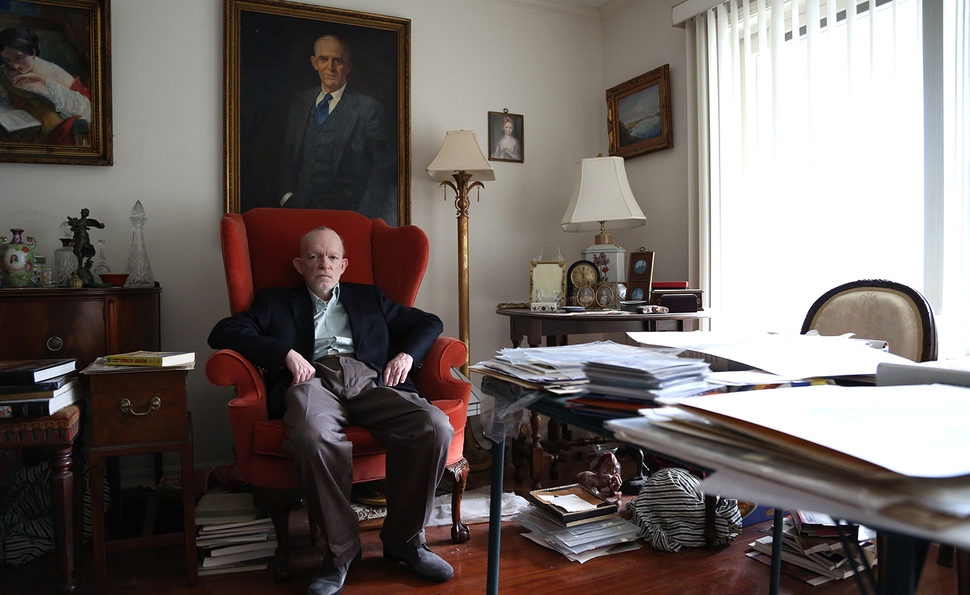 The curious case of Mark Landis has been well-documented. For three decades, the prolific con artist has been forging paintings and sketches by famous artists and placing them in museum collections around the country—more than 60 museums in 20 states. He was finally caught by Matthew Leininger, a former registrar for the Oklahoma City Museum Of Art, who investigated the origins of donated works and uncovered multiple examples of the same painting in several different museums, plus a list of aliases, including one for a Jesuit priest, that Landis had been using to distribute his fakes. So why isn’t Landis in jail for fraud? That’s the mystery: Landis donated every single one of the paintings, and didn’t even make a claim for charitable tax deductions on his taxes, so what he was doing may have been wrong, but it wasn’t illegal. Trouble is, there’s no impetus for Landis to stop doing it now that he’s been caught, either, other than the difficulty posed by Leininger’s campaign to expose him.

The question left for everyone is, “Why?” Without a financial motive to push forgeries on museums, what does Landis get out of the con? The makers of Art And Craft, a compelling but contrived documentary profile on Landis—and to a lesser extent, Leininger, his bête noire—suggest a simple enough answer: He’s mentally ill. Though some arguments have been made that Landis is bipolar, rather than schizophrenic, the latter diagnosis seems more likely the longer co-directors Sam Cullman, Jennifer Grausman, and Mark Becker spend in his company. Living alone in a hoarder house in Laurel, Mississippi, Landis speaks in a mumbling drawl, sometimes about his techniques, and often about his late mother, a subject that haunts and obsesses him to a degree that could be described as “Norman Bates-esque.” When he donates one of his copies, Landis usually presents himself as a philanthropist, carrying out the will of his late mother or sister; each individual painting, generally in a distressed Walmart frame with a coffee-stained canvas, will often have a Christie’s auction-house price as a testament to its value.

For museum curators, there’s no good reason to question Landis’ story, however odd the man himself might strike them: Again, what would possibly motivate someone to offer forgeries with no expectation of payment in return? But Art And Craft doesn’t go deep into the implications of the Landis case for the art world, which is as anxious to acquire masterworks as it is trepidatious about doing any due diligence regarding their origin. (Leininger talks about curators’ resistance to the truth about forgeries in their collections, but the film doesn’t pursue it far enough.) Cullman and Grausman instead structure Art And Craft around a brewing confrontation between Landis and Leininger at a University Of Cincinnati exhibit dedicated to Landis’ work. But they come to this cat-and-mouse game a little late: These men know each other well, even though they’ve never met in person, because Leininger has been pursuing Landis relentlessly.

The big confrontation has Landis attending his own exhibit opening, and opening himself up to attack from anyone who cares to question him, Leininger included. And yet it’s an anticlimax, partly because Landis has a flair for dimly deflecting any anger directed at him, but mainly because everyone at the exhibit instantly recognizes that he isn’t in full possession of his mental faculties. The most fascinating scenes in Art And Craft get into his process, both in his almost-preternatural talent for replicating great art at incredible speed, and in his criminal craftiness, which seems owed mostly to things he’s gleaned from classic TV and movies. He likes to play this role of the artist and philanthropist, and he doesn’t feel enough remorse about scamming people to stop himself from doing it. Cullman and Grausman extend a lot of sympathy to this strange, lonely, sick man as he goes about his business. But perhaps he’d been better left alone.