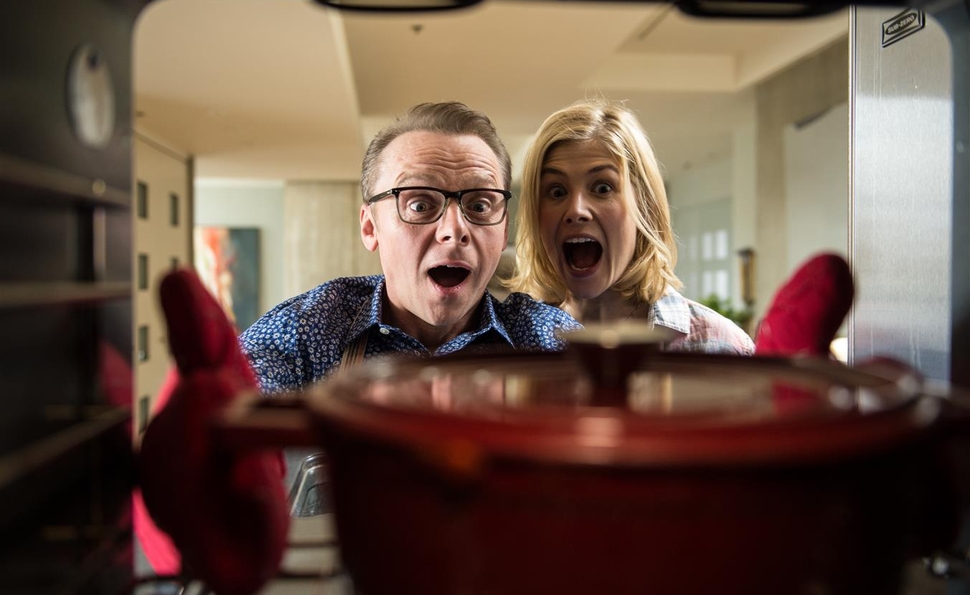 Hector And The Search For Happiness

For Hector (Simon Pegg), the world is just a big romper-room, with lessons in every corner. An ennui-stricken London psychiatrist who, early in the film, walks away both from a practice that seemingly specializes in only the quirkiest patients, and from his inhumanly understanding girlfriend Clara (Rosamund Pike) in order to “research” happiness, Hector embarks on a globe-spanning journey in which he meets character after character—mostly wisdom-filled people of other races who possess much less money than Hector—bursting with lessons to set him straight and make him smile before fading back into their little lives. Directed by Peter Chelsom, working from the first in a series of books by François Lelord (a psychiatrist himself), the film aims for twee, but lands on torturous. It’s narcissism blown up to a global scale, in the guise of a quirky voyage of self-discovery.

The pattern begins early. Seeking wisdom in China at the outset of his journey (lest the film leave a stereotype untouched), Hector flies to Shanghai, clutching a notebook in which to catalog his observations about happiness. On board, he meets wealthy businessman Edward (Stellan Skarsgård). Though Hector initially annoys him, Edward soon takes him under his wing and escorts him to the city’s hottest nightspot. After meeting the beautiful Ying Li (Ming Zhao) and spending the night with her, Hector plans to meet her for lunch the next day. There he learns she’s a prostitute when her pimp shows up and smacks her around for spending time with a customer off the clock. Hector’s response in his notebook: “Sometimes happiness is not knowing the whole story,” with one of the letters turned into a sad face to show how it makes him feel.

More stops follow, including time with a wise old monk (Togo Igawa) high in the mountains, a trip to an unnamed African country to visit an old friend (Barry Atsma) working at a clinic, an interlude befriending a drug lord (Jean Reno) with problems of his own, and a trip to L.A. to visit old flame Agnes (Toni Collette), a psychologist whose colleagues include the eccentric Professor Coreman (Christopher Plummer), whose own studies in happiness have led him to invent a machine that can scan the brain, translating feelings into colors. More lessons follow, too, each more facile than the last, and all dutifully recorded in that notebook with accompanying doodles that the film spins off into animated interludes. And to break up the action, Hector’s inner child makes the occasional appearance, alongside his childhood dog.

The ultimate point is clear: Hector needs to grow up. He’s yet another in the ranks of 21st-century cinematic man-children making a belated journey to maturity. While that story has been told a bit too often of late, that isn’t reason enough to dismiss the film. Trouble is, that journey itself makes less sense with each condescending stop along the way, and much of the blame can be laid at Hector’s feet. Put simply, the character makes no sense: He changes from repressed fuddy-duddy to spiritual seeker to Hulot-like bungler to boyish innocent as the film needs him. In the Edgar Wright films Pegg co-wrote and starred in, he’s proven himself an inspired comic actor with considerable dramatic depths, particularly in their most recent pairing, The World’s End. Here, he seems to be struggling to define a character the script never gave proper shape. At times, it plays more like Hector And The Search For Hector.

Director Peter Chelsom (Hear My Song; Hannah Montana: The Movie) doesn’t offer much help. While Ben Stiller’s similarly themed The Secret Life Of Walter Mitty also struggled to find profundity, at least it looked great. Chelsom brings a workmanlike eye to even the most far-flung locales. The film spans the globe, only to find the same visual flatness wherever it lands. That at least fits the film’s overriding philosophy. Hector doesn’t so much learn from his encounters with others as confirm what he already knows, the pat bits of wisdom he could have just as easily have recorded in his notebook without leaving the ground. It’s a long trip back to where he began, and it feels like the road to nowhere.

GoWatchIt: Buy. Rent. Stream Hector And The Search For Happiness