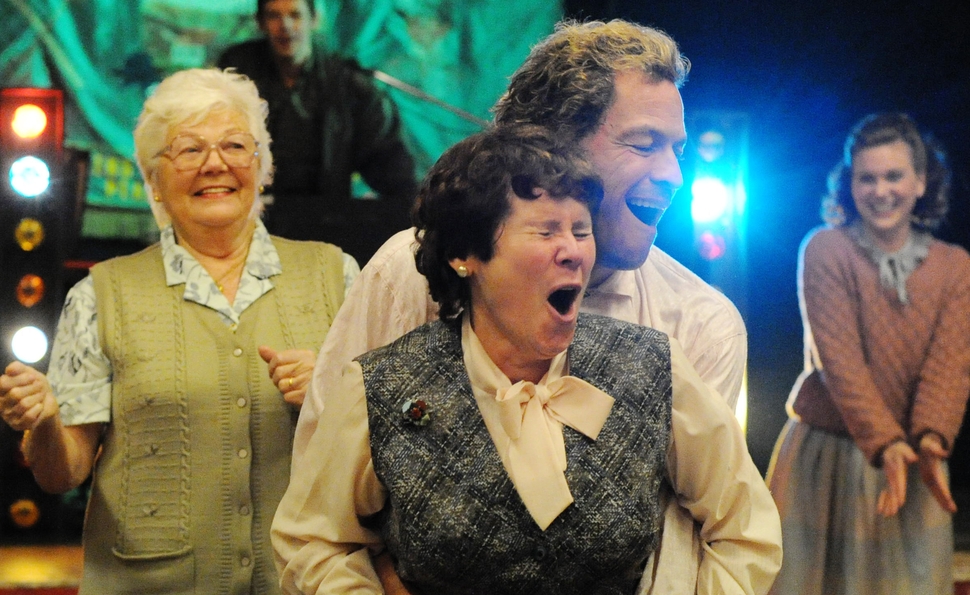 Pride tells a real-life story so inspiring that it would require a concerted effort to screw it up. Thankfully, nobody involved with the film tried nearly that hard. Embarrassing moments do abound—director Matthew Warchus, who’s primarily worked in the theater, favors a shamelessly crowd-pleasing mode that’s only one “I’m Gonna Be (500 Miles)” montage short of hitting every single cliché of popular British filmmaking. All the same, it would take a hard heart to resist this emotional juggernaut, which seems ludicrous enough to be a screenwriter’s cynical invention, had the events it portrays not actually happened. It’s a mystery how three decades passed before somebody made a movie from such rich material.

In 1984, Great Britain’s National Union Of Mineworkers went on strike, for complicated reasons with no real bearing on the film’s story. Feeling a sense of solidarity with the workers, who were being demonized by the Thatcher administration, a young London activist named Mark Ashton (Ben Schnetzer) formed a group called Lesbians And Gays Support The Miners (LGSM), persuading his friends to collect donations that would help sustain the strike as long as might be necessary. When the union itself declined to accept the money, not wanting to be associated with so-called “deviants,” LGSM reached out to a specific Welsh mining community, which hesitantly accepted the offer of friendship. Improbable bonding ensued, culminating with the predominantly straight Welsh miners showing up, well after the strike ended, to lead London’s 1985 Gay Pride parade.

That account is hugely simplified—in reality, there were 11 LGSM chapters, not just one, and they “twinned” with multiple mining villages. Reducing it to a one-on-one encounter makes sense for dramatic purposes, though it would have been nice had screenwriter Stephen Beresford kept his focus on Ashton (especially given Schnetzer’s winning performance) rather than inventing a closeted gay student (played by George MacKay) and providing him with an out-and-proud awakening. Likewise, a better movie would have resisted the temptation to wring cheap laughs from the spectacle of elderly Welsh villagers (played by the likes of Bill Nighy and Imelda Staunton) getting overly excited about the fabulous homosexual lifestyle. It’s tough to say which scene represents Pride’s nadir: a group of women cackling over a stash of gay porn, or a mulleted Dominic West showing a room full of romantically challenged miners how to disco dance.

Most of the time, however, the film’s culture-clash comedy isn’t nearly so broad. Instead, it’s simply energetic, like a puppy eager to clamber up your chest and lick your face. Good luck pushing that puppy away, and good luck refusing to smile at the rollicking good humor Warchus inspires from his cast, made up almost entirely of fresh-faced youngsters (West plays the oldest LGSM member, based on the second Brit ever diagnosed as HIV-positive) and award-winning elders (with Nighy a gentle standout as the mining community’s resident poet, who harbors an obvious but nonetheless affecting secret). This is the kind of film in which photographs of the real individuals, shown during the closing credits, lend the entire enterprise a degree of retroactive power. No matter how much this story has been streamlined for accessibility’s sake, its import remains potent. In spite of numerous missteps, Pride gets that across.