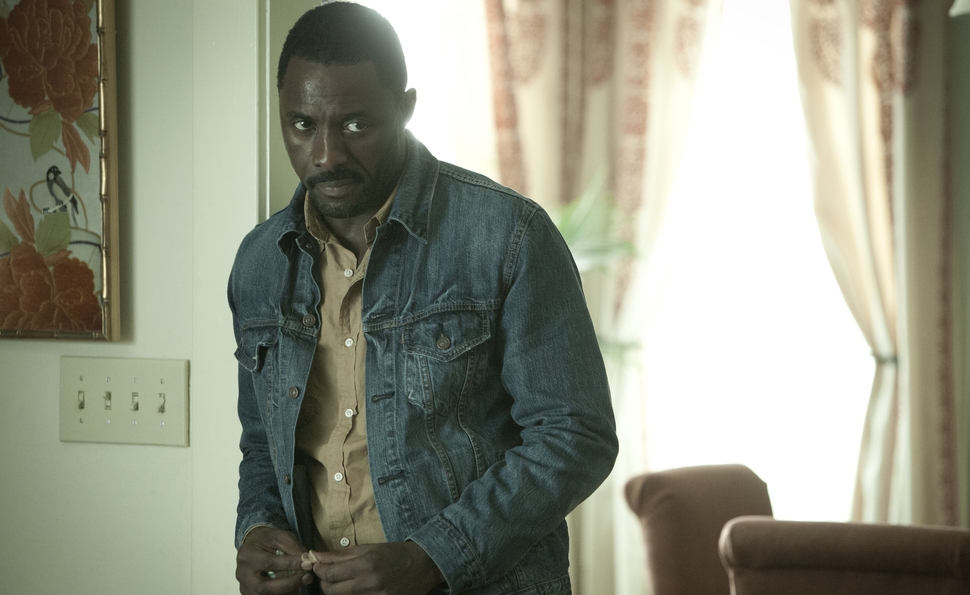 No Good Deed was scheduled to screen for critics in advance of its release, but Screen Gems cancelled screening plans this week, announcing that there was a twist in the film, and they wanted to keep it a surprise. This seemed dubious because No Good Deed is a thriller, and saying there’s a twist in a thriller is usually just another way of saying there’s a third act. The real cause for alarm would be if a movie about a dangerous killer who menaces a woman at her house at night in a rainstorm didn’t have something else up its sleeve by the time the climax rolled around—if the constant screeches on the soundtrack and ubiquitous sinister shadows weren’t signs of a grander design, but rather inept attempts to stretch a paper-thin story to feature length.

So yes, there’s technically a twist. But what it truly reveals is a lack of narrative imagination to match its lack of technical imagination. It’s a closed loop even smaller than the already limited range of possibilities suggested by the preceding story. There’s no good brain in No Good Deed. Surprise.

Maybe director Sam Miller and screenwriter Aimee Lagos didn’t have many options for the premise, which wastes the supremely talented Idris Elba in a stock villain role as Colin, a psychotic criminal with a murderous attitude toward women. The film opens with an absurdly long trail of irrelevant backstory from a newscaster explaining that Colin has served five years in prison for manslaughter, but escaped charges for the probable murder of several others (all women). At Colin’s parole hearing, he attempts to charm his panel with tales of rehabilitation, only to be undone by one dissenter who still sees evil deep inside him. (Just like Jeffrey Dahmer, the officer says, in case Colin’s role in this story wasn’t clear enough.) But Colin hijacks his police escort on the way back, visits a woman from his past, crashes in a ditch, then stumbles onto the finely manicured suburban doorstep of Terri (Taraji P. Henson), just as a giant rainstorm arrives to coax her into granting refuge to this handsome stranger.

Perhaps the fact that Terri is a former criminal prosecutor who specialized in violence against women will prove relevant to the story? How about the fact that her mostly absent husband (Henry Simmons) is also a criminal attorney? The baffling answer to both these questions is “no”; as far as the filmmakers are concerned, those are insignificant details. Of far greater consequence are the existence of Terri’s two young children and the depiction of her husband as an emotionally distant jagoff who doesn’t deserve her love and devotion, both things Colin will use as props against her once he begins his campaign of domestic terror.

That campaign goes something like this: Under the pretense of waiting for a tow truck, Colin bathes in the warm glow of Terri’s charity while the soundtrack shrieks and squeals, and cacophonous thunder punches every beat of silence in the face. He glares a lot, particularly when the subject of women comes up. More than once, the film flashes back to a shot of him committing a heinous act that the audience has already witnessed in full. Eventually, he pulls out his gun and makes good on the sound designer’s threats. Imagine a gymnast on a balance beam who spends 40 minutes promising he’s going to do a backflip, then does a backflip.

To the film’s mild credit, it’s the rare woman-in-peril thriller where the woman takes intelligent steps to defend herself. Apart from the initial mistake of letting the guy into her house, Terri proves resourceful once the fur gets flying, finding multiple ways to tip off authorities even with Colin breathing down her back every second. She’s also good at clobbering him with the nearest heavy object at her disposal, a tactic she uses more than once, since this predator-prey dynamic doesn’t have anywhere else to go. Henson plays her tough and angry, as someone who isn’t having any of this scream-queen nonsense, and with every vase smashed atop Colin’s head, she’s also dealing a blow to the film’s entire limp-noodle construction. If only she’d dealt a few more.