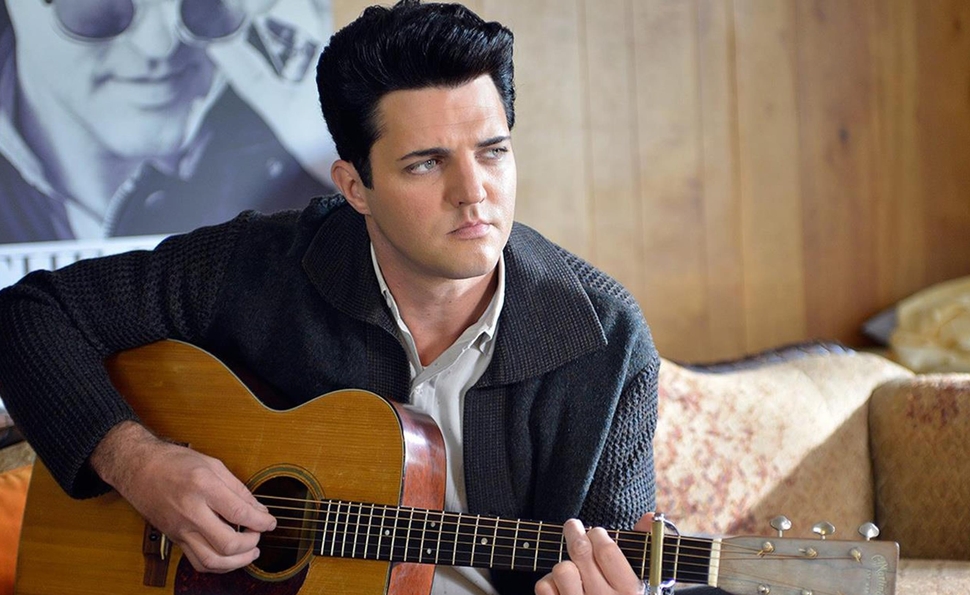 Elvis Presley had an identical twin brother who was delivered stillborn. The syrupy Christian-themed melodrama The Identical offers this scenario: What if the brother had lived? And the two were separated at infancy? And they both took an interest in rock ’n’ roll? And one became a huge cultural phenomenon while the other covered his songs at state fairs? And no one ever wondered if they might be related, even though they look exactly the same, sound exactly the same, move exactly the same onstage, and produce the same abysmal music? Suspension of disbelief is one thing, suspension of the frontal lobe is another. But even allowing The Identical its premise, the reframing of the Elvis myth as a wholesome example of following God’s plan is not as inspirational as the film seems to believe. Rock fantasies are rarely this milquetoast.

An absurdly overqualified cast lends dignity—and in Seth Green’s case, marginal percussive skills—to a bizarre, Ned Flanders-friendly bit of alternate history. An extended black-and-white flashback to Great Depression-era Alabama tells the heartbreaking story of how these twin talents were doomed to parallel destinies. With a father (Brian Geraghty) unable to get enough cotton-picking money—which is to say, money for picking cotton—to provide for his wife (Amanda Crew) and two newborns, he makes the wrenching decision to give one away to a tent revivalist (Ray Liotta) and his wife (Ashley Judd), who are unable to conceive. The film then breaks off to follow the adoptive parents as they raise Ryan Wade (Blake Rayne) into a young man they’ve raised for the ministry, but his voice and swiveling hips lead him in a contrary direction. When a singer named Drexel “The Dream” Hemsley (also Rayne) starts burning up the charts, Ryan’s similar looks and vocal chops result in a lucrative side career as a Drexel impersonator.

Liotta doesn’t often have occasion to summon the fire that made his early supporting roles in Field Of Dreams and Something Wild so exciting, but dubious Deep South accent notwithstanding, his preacher gives The Identical what little life it has. Writer Howard Klausner and first-time director Dustin Marcellino make his character the rare non-corrupt tent revivalist, but Liotta brings some shades of darkness to the role, which calls on him to register his disappointment with Wade’s career choice with deep, legitimate anguish. For his part, Rayne looks and sounds enough like Elvis to make the reference stick—he’s a real-life impersonator—and the filmmakers don’t call on him to stretch much dramatically. His puppy-dog eagerness, along with a puppy-dog shame when his desires are rebuffed, are his defining features.

Appealing canine qualities aside, the original songs Rayne has to sing are excruciatingly terrible, with one generic roadside-bar number for every three anachronistic, aspirational ballads. This isn’t a minor point, because the film is wall-to-wall music, as Wade makes his steady ascent from all-black juke joints to Hemsley impersonation contests to playing the big stages as “The Identical.” On this wave of bad music and implausible doppelgängers—at one point, Hemsley even turns up to watch his brother perform, and doesn’t find the resemblance sufficiently uncanny enough to investigate—the film delivers its ham-handed message of following God’s path, whether it leads through the ministry or the pop charts. Just like fake Elvis did.