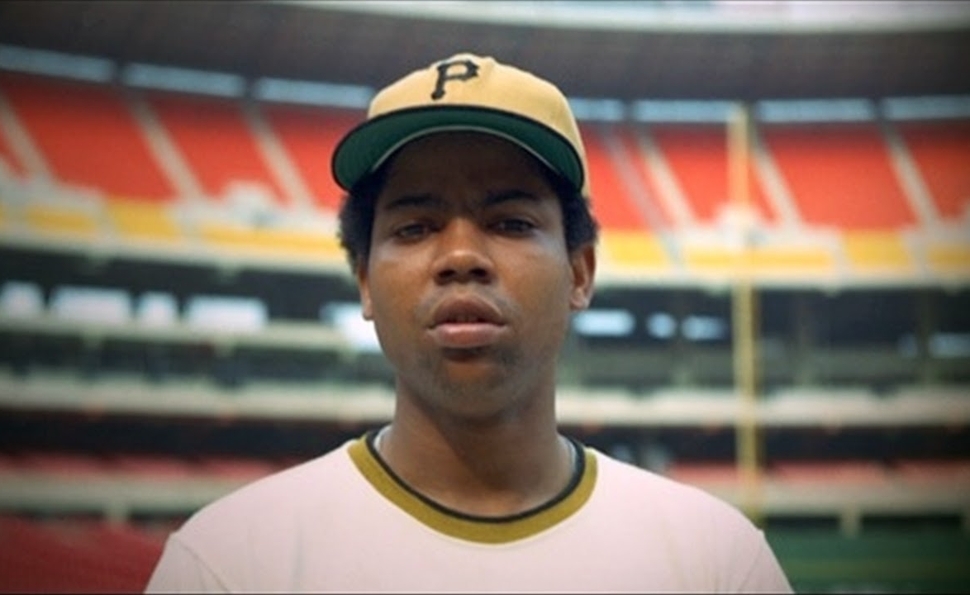 A crowd-pleasing chronicle of the life and times of exuberant pitcher Dock Ellis, who famously pitched a no-hitter while out of his mind on LSD, No No: A Dockumentary is somewhat perversely a film about a journey to sobriety that will best be enjoyed by viewers who are at least a little buzzed. Aside from the late-in-the-film embrace of sobriety, just about every element of the film is stoner-friendly: the kinetic but coherent editing, the towering afros and gloriously 1970s fashions that dominated Ellis’ heyday, the sunny colors, the raucous humor, and more than anything, the funky score by Beastie Boy Adam Horovitz, who goes a long way toward establishing the film’s psychedelic texture.

It’s tempting, but inaccurate, to call No No an anti-drug head film because it’s less an anti-drug screed than a movie with a realistic, pragmatic take on drugs. One of the film’s great strengths is its ability to contextualize its protagonist’s politics and his drug use: In the major leagues of the 1960s and 1970s, seemingly everyone was using speed as both a performance-enhancing drug and a tool for simply surviving a brutal, nerve-shredding 162-game schedule. When everyone in the league is popping “Greenies” with furious abandon, their use no longer becomes a matter of gaining the competitive advantage—it just lets players compete in the first place.

And before the drugs became a nightmare for Dock Ellis, they were a cornerstone of a flamboyant lifestyle that No No stops just sort of celebrating. There was a reason Ellis was called the “Muhammad Ali” of baseball: He was as fast with his mouth as he was with his fastball. He was a sharp-dressing, big-mouthed dandy who wielded attitude and swagger like a switchblade. Ellis’ big game was mental as well as physical: It was as much about psyching out the batter as blowing pitches past him, though Ellis was never afraid to throw at hitters, which didn’t hurt his intimidation game.

Ellis was a man for his time, namely the 1970s, which witnessed a flowering of black culture and black power in multiple forms, from disco, funk, and soul on the radio to the pimps, players, and private eyes of blaxploitation cinema to shows like Good Times, What’s Happening!!, and The Jeffersons. Baseball reflected this pro-black renaissance, and Ellis epitomized the brashness of a new breed of black athlete that luxuriated in the freedoms of the day.

Ellis drank, smoked, and used prodigious amounts of drugs, but his drug use didn’t spiral out of control until after his mentor and friend Roberto Clemente died in a plane crash. Though Ellis died in 2008, he lived long enough to be interviewed for the film, and he recounts his misadventures with good humor, a wry sense of perspective, and winning candor. In the film’s most affecting moment, Ellis reads a letter of support Jackie Robinson wrote to him—a pioneer of an earlier era tipping his hat to a much brasher icon—in a voice wracked with sobs. As an interviewee and a subject, Ellis is charismatic and fascinating: He embodied his age, but survived its worst excesses, and his own, to become a force for good in society and in baseball. He had the heart of a rebel and the soul of a poet—he once collaborated on a book with Donald Hall, America’s one-time poet laureate. (Though No No reveals that the book, Dock Ellis: In The Country Of Baseball, was carefully edited to make it seem like Ellis wasn’t high off his mind literally every time he stepped on the mound.)

Ellis doesn’t get clean until No No is nearly over; after an hour and a half documenting the path that led to him hitting bottom and realizing he needed to change dramatically just to survive, it wraps up the story of his sobriety and revival as a drug counselor in about 15 minutes. It’s understandable why the filmmakers would want to focus on Ellis’ glory years: It’s much more compelling visually to show a pitcher with curlers, a mouthful of bubble gum, and eyes betraying distinct chemical intoxication than it is showing a bunch of recovering addicts drinking cold coffee out of paper cups. But the film’s need to condense an entire third act of spiritual redemption into 15 minutes can’t help but feel a little rushed.

Despite the abbreviated ending, No No: A Dockumentary is nevertheless a compelling, deeply moving, fun look at the highs and lows of a bygone era. Ellis emerges as a difficult, brilliant man who wouldn’t find his purpose in life until he bottomed out and embraced a path rooted in his history as an addict, but with a much nobler purpose.

GoWatchIt: Buy. Rent. Stream No No: A Dockumentary