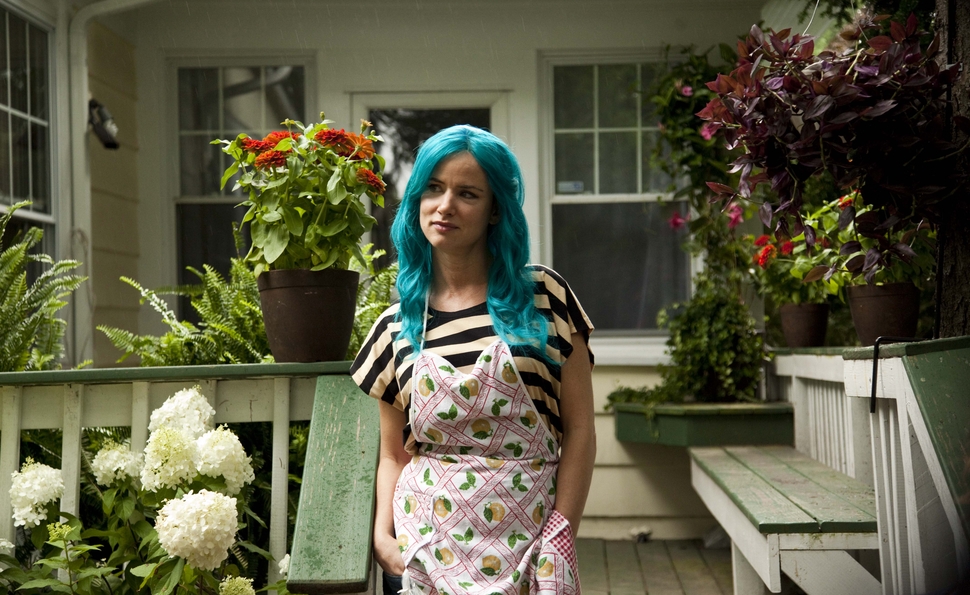 Dullards are the bane of romantic comedies, and while Kelly & Cal isn’t a rom-com, it nonetheless has a major dullard problem. The dullard is the person to whom the hero and/or heroine is attached as the movie begins, someone who has exactly none of the attributes that make the eventual lip-locker so appealing. This character is a living straw man or woman, existing solely to represent the boring, passionless life that the protagonist must escape. Way back in the 1930s, when the genre was first evolving, this poor schnook was frequently played by Ralph Bellamy.

In Kelly & Cal, everything and everyone surrounding the two title characters—the entire context that thrusts them together—is Ralph Bellamy. That’s a shame, because when Kelly (Juliette Lewis) and Cal (Jonny Weston) are alone onscreen, they have an engaging, complicated rapport that deserves less-hackneyed surroundings. There’s a taboo aspect to the relationship, however, so screenwriter Amy Lowe Starbin and director Jen McGowan apparently felt the need to laboriously explain why the line gets crossed, as if viewers wouldn’t accept it without proof of intolerable circumstances. It’s a movie in which people who should feel vaguely wistful and dissatisfied are completely smothered instead.

All the same, Kelly & Cal is worth seeing, if only because it gives Lewis her first truly meaty role in years. A former riot grrl who’s just moved to the suburbs with her husband (Josh Hopkins) and infant son, Kelly feels overwhelmed by motherhood, frustrated by the continuing lack of bedroom action six months after the baby’s birth, and oppressed by the weirdly hostile mommy groups in the neighborhood, who for some reason treat her the way those shopkeepers treat Julia Roberts in Pretty Woman. Her only new friend is Cal, a high-school kid confined to a wheelchair, who’s excited to learn that she used to be in a band, and isn’t afraid to tell her she’s got great tits. The two become increasingly close, going on what are pretty unmistakably dates, and even briefly kissing at one point. Kelly is so renewed by Cal’s attention that she even dyes her hair electric blue, causing her mother-in-law Bev (Cybill Shepherd) and sister-in-law Julie (Lucy Owen) to start showing up at her house every day with condescending advice about seeking therapy.

It’s strange to see Starbin get the emotional details of Kelly and Cal’s relationship so right, and those of every other relationship in the film so painfully wrong. Lewis slightly overplays Kelly’s initial doldrums, but she’s a joy to watch as the character slowly blossoms, and achingly credible once Kelly recognizes she’s let things go too far and starts trying to extricate herself from the situation in misguided ways—for example, by stripping for Cal from her bedroom window, somehow imagining that this will placate him. Every scene with her oblivious, tone-deaf husband, however, dials miscommunication up to 11, and Bev and Julie consistently speak to Kelly as if she’s a recovering drug addict with an IQ of 50. (Last-minute efforts to redeem these supporting characters make them seem like entirely different people played by the same actors.) Even Cal’s injury flirts with overkill: In addition to his ability to walk, he’s also lost his fine motor skills, making it impossible for him to pursue his love of drawing. A story about two broken people who forge a liberating but unhealthy connection is welcome, but there’s no need for an army of dullards to keep them entwined. Leave Ralph Bellamy out of it.