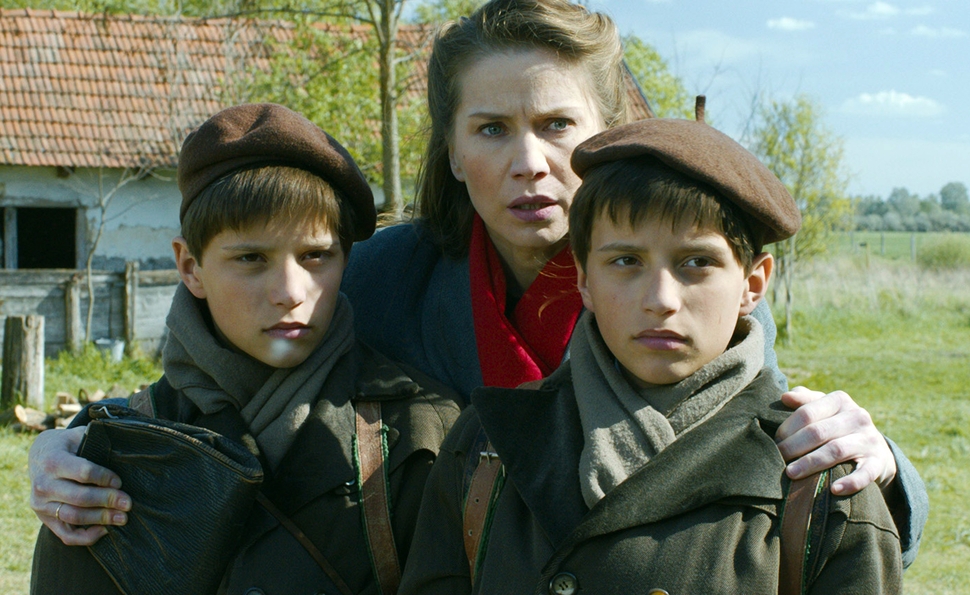 Netflix customers who just want to watch Ryan Gosling and Rachel McAdams smooch in the rain are gonna get a big surprise should the 2013 film The Notebook wind up in their streaming queues rather than the 2004 Nicholas Sparks adaptation. Winner of the top prize at the 2013 Karlovy Vary Film Festival and Hungary’s submission to 2013’s Academy Awards (it made the nine-film final round in the foreign-language category, but wasn’t nominated), János Szász’s The Notebook is the sort of unrelentingly grim period drama that scares casual moviegoers away from foreign films. It’s set during World War II, but rather than stop at “war is hell,” it concludes more broadly that “life is shit,” demonstrating its thesis via the gradual moral deformation of 13-year-old twin brothers. Only those looking to have their bleak worldview painfully confirmed will find this exercise in masochism fulfilling.

As it turns out, changing the title, taken from Ágota Kristóf’s source novel, to something less Nicholas Sparks-y wouldn’t have been a big deal, as the notebook no longer plays a crucial role. It’s given to the two boys by their father (Ulrich Matthes), who’s heading off to fight. For reasons left obscure, they’re sent to live with their grandmother (Piroska Molnár) until the war is over, and Dad wants them to write down everything that happens to them, so he can read it later. They resolve (in voiceover) to be totally truthful, though the notebook itself is seen only sporadically thereafter, usually during montages noting the passing of time. Neither boy’s name is ever mentioned, which is typical of the film’s dehumanizing agenda; the credits simply call them “One” (András Gyémánt) and “Other” (László Gyémánt).

What they stoically chronicle is a cavalcade of horrors. Grandma, to whom their mother hadn’t spoken in many years, is a sadist, forcing the boys to work like dogs for their meals and shelter. If they don’t perform to her standards, they go hungry and get locked outside. A neighbor (Orsolya Tóth) who steals from them falsely accuses them of theft, causing the villagers to savagely beat them, even though there’s no evidence that the accusation is true. When a shoemaker treats them kindly, he’s quickly murdered by Nazis; when a beautiful young woman offers to give them a much-needed bath, she hops in with them and molests them. (Later, she’s seen taunting Jews who are being marched to concentration camps.) It isn’t entirely clear what’s going on with the SS officer (Ulrich Thomsen) camped nearby, but his interest in the boys seems decidedly unhealthy, especially when he starts sneaking into their house at night and gently stroking their faces (invariably pressed together) while they sleep.

Faced with all this barbarity, One and Other decide to divest themselves of all human feeling, embarking upon rigorous physical and mental training sessions designed to prevent them from experiencing pain of any kind. That’s the movie, basically—their ongoing quest not to care about anything at all, including their parents. On the page, with Kristóf employing their notebook as a formal conceit, this might well work as a sort of despairing anti-fable. Onscreen, however, there’s little to do but watch the Gyémánt twins (who are identical, and never differentiate themselves in any way; it’s essentially a single role embodied by two people) glower impassively at anything and everything. Szász (Woyzeck, The Witman Boys) strives for oppressive atmosphere, shooting grimy interiors flickering with candlelight, but he’s unable to make The Notebook anything more than punishing. Like that 2004 Notebook, it’s a movie for people who want to cry, but it apparently would prefer viewers never stop crying, even long after it’s over.