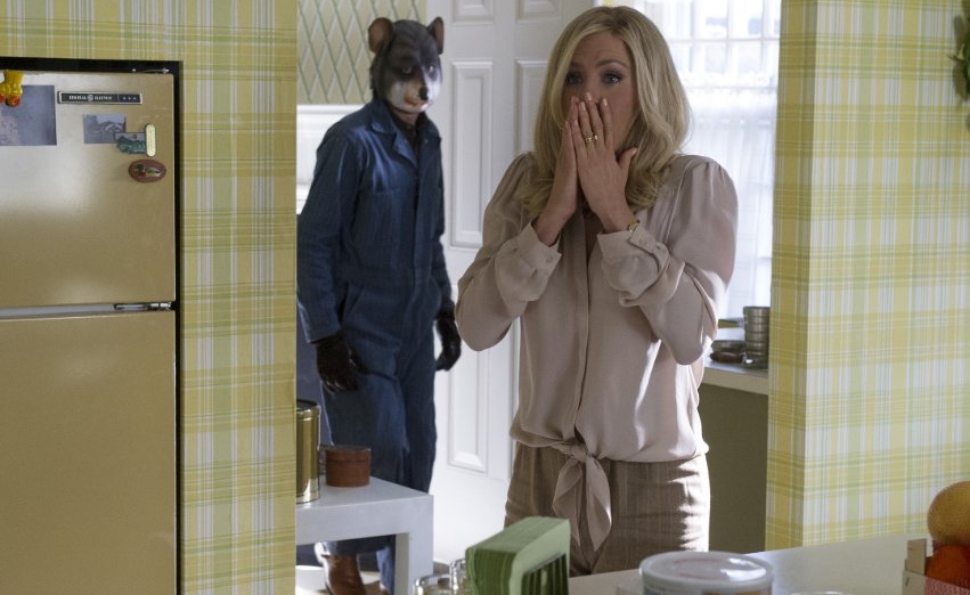 Breaking a ho-hum onscreen legacy, the mid-to-late 1990s trifecta of strong Elmore Leonard adaptations—starting with in 1995 with Barry Sonnenfeld’s Get Shorty and continuing with Quentin Tarantino’s 1997 Jackie Brown and Steven Soderbergh’s 1998 Out Of Sight—made a virtue of preserving the colorful characters and dialogue from Leonard’s novels without making hash of their plots. But it should be said that all three directors brought a lot of themselves into the mix, from Sonnenfeld’s emphatic comic style to Tarantino’s abiding affection for a pair of aging 1970s genre stars to Soderbergh’s scrambled chronology and seductive cool. By contrast, Daniel Schechter’s new Life Of Crime, based on Leonard’s 1978 novel The Switch, yields the floor almost entirely to the author, showing conspicuously little mediation between page and screen. It proves again that Leonard’s voice, deft and funny and light on its feet, is a natural for the movies, and needn’t be altered in the slightest. It also proves that movies need a little flavor of their own.

There’s nothing especially off about Life Of Crime, which is mostly well-cast and competently orchestrated, but nothing that makes much impression, either. Take Jennifer Aniston. The lead roles in those ’90s adaptations—John Travolta in Get Shorty, Pam Grier in Jackie Brown, and George Clooney in Out Of Sight—are of a quality where it would be unimaginable to conceive of anyone else playing them. Aniston acquits herself just fine as Mickey Dawson, a bored socialite kidnapped by petty criminals, but it would be simple to think of a dozen other actresses who’d play the part as well, or better. And that’s Life Of Crime in a nutshell: a solid, middle-of-the-road Leonard adaptation that lacks the singularity to be something more.

Perhaps out of respect for the year the novel was written, Life Of Crime opens in late 1970s Detroit, where Ordell Robbie (Yasiin Bey, better known by his stage name, Mos Def) and his partner Louis (John Hawkes) target Frank Dawson (Tim Robbins), a wealthy businessman who has more than a million dollars in ill-gained assets tucked away in a secret account. While Frank is off in Florida with his young mistress Melanie (Isla Fisher), Ordell and Louis kidnap his wife Mickey and ask for the million in ransom money. But here’s the twist: Frank doesn’t want to pay for his wife’s freedom. Their marriage has deteriorated to such a degree that he may or may not have divorce papers in the mail. And Melanie has convinced him that Ordell and Lewis aren’t serious enough to pose a mortal threat to Mickey. So Frank considers calling their bluff.

One of the fun twists in Life Of Crime is that the women are the ones calling the shots in a war of wits that’s ostensibly taking place among men. In true femme fatale style, Melanie, the presumed ditzy sexpot, thinks many moves ahead of the dim Frank, whose only true motive for not playing ball with the kidnappers is caring more about his money than his wife’s life. And as Stockholm Syndrome settles in and Mickey gets more acquainted with her captors, especially Louis, she gets a better read on the situation, because she both knows Frank better than they do, and has a sense of how much danger she’s really in. Fisher’s usual ebullience feeds nicely into a character of underestimated cunning, but the offbeat pairing of Aniston and Hawkes stands as the film’s greatest asset. They’re playing two people who run in different circles, to say the least, but they develop a warm chemistry in captivity, where they can bridge the class divide.

Life Of Crime has some classic Leonard quirks, too, like having Ordell and Louis—the same characters, incidentally, played by Robert De Niro and Samuel L. Jackson in Jackie Brown—in cahoots with a white supremacist (Mark Boone Jr.) who’s too dumb to be truly dangerous, and understanding crimes and double-crosses as degrees of misbehavior, not absolutes. Yet Schechter, who also scripted, seems primarily determined to do right by Leonard when the movie itself could use a separate burst of inspiration. Though it swiftly moves through the paces and ends with a satisfying flourish, Life Of Crime will neither be anyone’s favorite Leonard adaptation nor their least-favorite Leonard adaptation. And it seems that way by design.