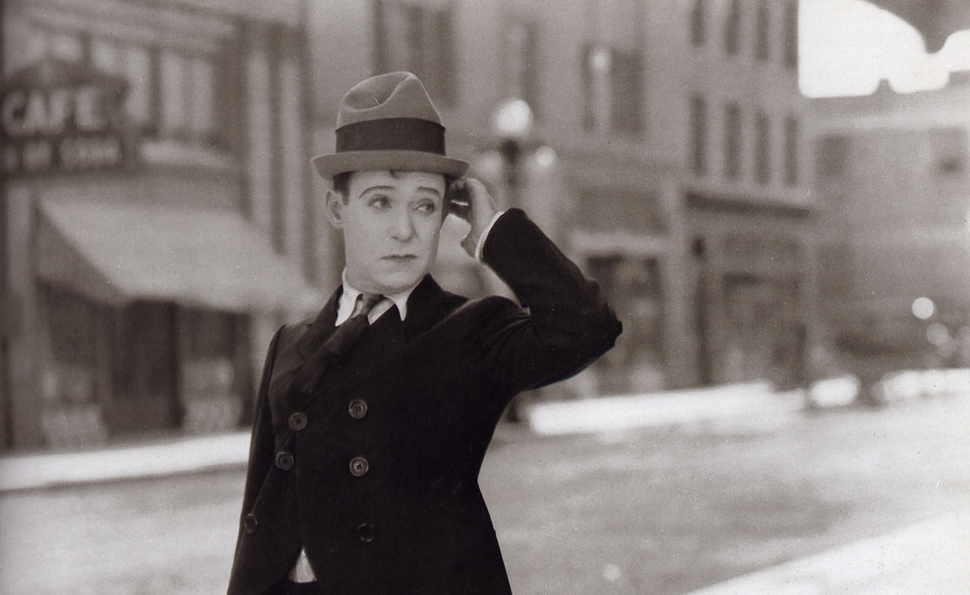 Some of the films on Flicker Alley’s three-disc Blu-ray set The Mack Sennett Collection Vol. One are more than 100 years old, which means they aren’t just entertainment, they’re history—and the collection of scholars and fans who contribute commentary tracks to the Sennett set treat them as both. Sometimes, the silent-movie buffs admire Sennett’s technical innovations, and the comic invention of his legion of directors, writers, and stars. And sometimes they narrate Sennett’s films as though they were home movies, telling amusing (or sad) anecdotes about the performers, while pointing out the remnants of a long-vanished America that are zipping by in the background.

Sennett apprenticed in the theater, and was a jack-of-all-trades for the New York/New Jersey-based Biograph Studios at the dawn of the 1900s. By the time he made the move out to California and founded his own Keystone Studios, Sennett was seasoned as an actor, director, and producer—though he eventually settled into a role as the lattermost, serving as the man who hired, organized, and promoted some of the greatest talents of early-20th-century cinema. Sennett was a shrewd businessman, who renegotiated his deals with distributors and other studios every couple of years, using the leverage of his phenomenal success. He gave the public what it wanted—slapstick, chases, and women in bathing suits—but he also tried to keep up with the trends, toying with sound and color. The story of Sennett between 1910 and 1935 is the story of American movies, and how they evolved from novelties into an art form.

That alone makes The Mack Sennett Collection Vol. One essential viewing for anyone interested in cinema—or anyone interested in popular culture in general from World War I to World War II. Flicker Alley’s set sports early work by some directors and actors who went on to greater things: D.W. Griffith, Frank Capra, an Amazonian-looking Carole Lombard (who was one of Sennett’s “Bathing Beauties”), and more. And it features short subjects that capture the fads and trends of a changing country, such as 1913’s “The Speed Kings,” which sets the human cartoon that was Ford Sterling against the real-life thrills of a Santa Monica auto race, and 1912’s “A Dash Through The Clouds,” featuring Wright Brothers pilot Philip Parmelee shortly before he died in an airplane crash.

But while only about a quarter (or less) of the 50 films on The Mack Sennett Collection Volume One qualify as great cinema, the set does contain a few masterpieces. The W.C. Fields shorts “The Dentist” and “The Fatal Glass Of Beer,” for example, are as funny now as they ever were, with Fields putting the invention of sound cinema to good use by filling the soundtrack with hilarious mumbled asides. And Roscoe Arbuckle’s 1916 short “Fatty And Mabel Adrift”—starring Arbuckle and Mabel Normand as newlyweds whose idyllic oceanside life is threatened by one of Mabel’s spiteful exes—shows that if Arbuckle hadn’t become mired in scandal, he could’ve gone on to be a silent comedy master to rival Charlie Chaplin or Buster Keaton. The visual style alone in “Fatty And Mabel Adrift” aspires to the beauty and expressiveness of Griffith and F.W. Murnau, put in service of a sweet story about two young lovers.

Speaking of Chaplin, The Mack Sennett Collection includes two examples of his work with Keystone, where he got his start in Hollywood. The historically significant film here is 1914’s “A Thief Catcher,” which had been left out of Chaplin’s filmography for years until it was found at a flea market in 2010, and which has a brief appearance by Chaplin as a bumbling cop (though not a Keystone Cop). The set also contains “Recreation” (also from 1914), a more typical example of how Chaplin developed his “Tramp” character at Keystone, contained in a brief vignette about the Tramp trying to woo a lady in a lovely looking Echo Park, over several other men’s objections.

But Chaplin buffs will be better-served by another Blu-ray set available from Flicker Alley right now: Chaplin’s Mutual Comedies 1916-1917, which contains all 12 of the two-reelers Chaplin made for Mutual, on two Blu-ray discs (or on the three DVDs that are also included in the set). When Chaplin left Keystone in 1914, he worked for Essanay for all of 1915, and became such a box-office draw around the world that Mutual lured him away, promising him his own dedicated studio and crew. During his two years at Mutual, Chaplin refined his comedy, taking advantage of the freedom there to work on his films obsessively, tweaking gags over the course of dozens of takes. The result was a string of classic Chaplin shorts: “The Floorwalker,” “Behind The Screen,” “The Immigrant,” and more.

Chaplin eventually left Mutual, became a true independent, and started taking even longer to make feature films like The Kid, The Gold Rush, City Lights, and Modern Times. But Mutual is where Chaplin really found his strengths as a filmmaker. Already confident in his ability to make moviegoers laugh—and so beloved internationally that just the sight of him onscreen was enough to satisfy an audience—Chaplin started taking extra beats to build gags in his Mutual shorts, while introducing more elements of sentimentality and pure whimsy. The films in the Chaplin’s Mutual Comedies 1916-1917 set are like a marvelous six-hour dance recital, as Chaplin moves gracefully and athletically around elaborate sets and backlots—including on roller skates in the often-breathtaking “The Rink.”

According to Hollywood lore, Chaplin invented his Tramp on the spot when he arrived at Keystone, plundering Sennett’s costume closet for mismatched articles of clothing—some too tight, some too baggy—so he could embody a walking contradiction. But there was no greater contradiction than the way Chaplin developed: starting out in a medium considered so cheap and disposable that his boss Mack Sennett was cranking out a new film every couple of days, then figuring out how to change the cultural perception of motion pictures. They started out together, Sennett and Chaplin, but soon were working in parallel: one collecting Americana on film with the doggedness of the daily news, and the other patiently crafting something timeless.

The Chaplin box contains only two bonus features, but both are substantial: Serge Bromberg and Eric Lange’s hourlong documentary “The Birth Of The Tramp” (tracing Chaplin’s journey from a grim Dickensian England through the ranks of vaudeville and into sunny California and superstardom), and Kevin Macdonald’s “Chaplin’s Goliath” (about Eric Campbell, the hulking actor who menaced Chaplin in his Mutual films). The Sennett box adds archival odds and ends, include a complete kinescope of Sennett being honored on the 1950s TV series This Is Your Life. The most significant extras in the Sennett collection, though, are the commentary tracks, which accompany roughly half of the 50 films. The silent-cinema scholars here have varying styles, from wisecracking to dryly informative, but they all add immeasurable value to to the set, pointing out key locations and explaining how Sennett helped build Hollywood.