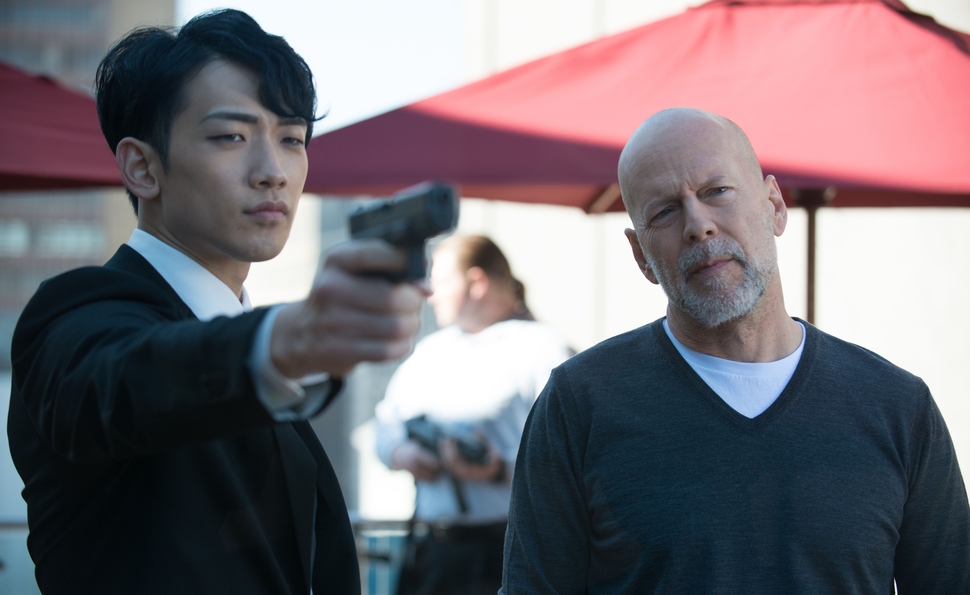 For aging A-listers of yesteryear, New Orleans has become a currency exchange, a place where men like Nicolas Cage, John Cusack, Robert De Niro, and others can sleepwalk through a generic, straight-to-video (or all-but-straight-to-video) production and quietly cash a paycheck. And maybe hang out with Curtis “50 Cent” Jackson while they’re at it. The transactional nature of The Prince is so apparent, producers apparently barely stopped short of preceding the title with AAA, for maximum visibility at the top of the VOD rental screen. The commercialism extends from big-name stars like Jason Patric, Bruce Willis, and Cusack to the deep-discount New Orleans locales to the (mis)casting of Rain, Korean pop star and erstwhile Stephen Colbert nemesis. In other words, this isn’t a passion project for anyone involved. It’s a by-the-numbers affair that’s landing on the right side of the ledger book. It’s about mercenaries on both sides of the camera.

Ripping a few pages from the Taken playbook—a popular template for the AARP action set—The Prince sends a retired assassin on the hunt for his kidnapped daughter. Jason Patric stars as Paul, a widower with a modest business as a mechanic in Nowheresville, Mississippi, where he lives alone and scrapes together enough cash to send his daughter Beth (Gia Mantegna) to college in The Big Easy. When Beth goes missing, Paul flies down to New Orleans to follow the breadcrumb trail, starting with her friend Angela (Jessica Lowndes), a party girl who claims Beth is deep into hard drugs and indebted to the ruthless dealers who supply them. But while Paul goes George C. Scott-in-Hardcore in plumbing this dangerous underworld, Omar (Willis), a notorious crime boss from his past, wants to settle a 20-year-old score.

Once Paul arrives in New Orleans, The Prince follows a predictable pattern: He goes into some bar, warehouse, or mobbed-up high rise, works through a gallery of misfiring henchmen in sunglasses, and meets some name actor playing the guy-behind-the-guys. The procedural grind of the film seems tied to the call sheets: A few days for Cusack, a few days for Willis and Rain (as Willis’ chief counsel), a day for 50 Cent, etc. Only Patric and Lowndes, as his freaked-out ride-along partner, have any substantial investment in the story, and Patric, for his part, sprinkles some method tics into the stock performance of the reformed killer haunted by his past.

Little in The Prince holds up to scrutiny. For starters, it seems odd that Paul would ever allow Beth to include schools in New Orleans on the college tour, because of out-of-state tuition and the fact that every lowlife in the city wants to murder him. More aggravating is the backstory that sets up this mano-a-mano between Paul and Omar, based on a long-ago misunderstanding that takes countless dozens of bullet-riddled bodies to clear up. All would be forgiven if director Brian A. Miller were the next John Woo, but the shootouts and car chases call to mind adjectives like “requisite” and “obligatory,” and the ready-made New Orleans ambience is nonexistent, probably for budgetary reasons. He’s a professional getting the job done like everybody else, putting together a movie designed to attract enough undiscriminating mouse-clicks to get in the black. As rationales for making movies go, this is about as uninspiring as it gets.