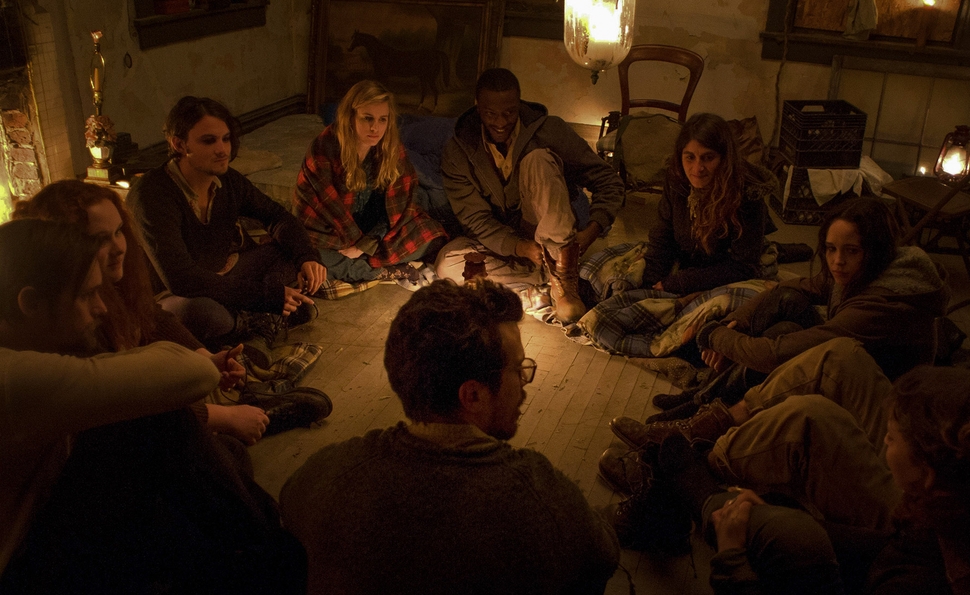 The dust-up over Barack Obama’s connection to Bill Ayers, co-founder of the radical anti-Vietnam War group The Weather Underground, made for a stinging applause line on the campaign trail (“he’s palling around with terrorists...”), but it forbade a more nuanced consideration of the group’s legacy. The Weather Underground could be called a terrorist organization: It bombed government buildings and targeted several banks in the early to mid-’70s, and participated in Timothy Leary’s jailbreak. But its “Bring The War Home” mission, which gave Americans a taste of the violence they were propagating overseas, comes with a big, fat asterisk: They sought to destroy property, not people, and they were careful to send evacuation warnings before detonating any bombs. Beyond the three members killed in an accidental Greenwich Village townhouse explosion, The Weathermen never killed anyone. Al-Qaeda they were not.

The moral complexities of radical leftists like The Weathermen—and the splinters that can develop within such splinter groups—inform the best scenes in The East, the disappointing second film by writer-director Zal Batmanglij and co-writer/star Brit Marling, makers of the promising 2011 indie The Sound Of My Voice. Following an eco-terrorist group that targets the fat-cat executives of industrial polluters, the film suggests that commitment to an extreme cause doesn’t mean members are in lockstep with each other. Conversations about who to target—and how far is too far—turn contentious and nasty, and rationales are often more personal than ideological. Terrorist groups have to present a united front, and they have rituals to enforce one, but their members are human beings, after all, and it isn’t always easy to hold the line.

In essence, The East reworks The Sound Of My Voice for a larger scale: Both concern people who try to infiltrate and expose a secret organization, but wind up partially seduced by its tenets. Marling, so mesmerizing as a cult leader in the earlier film, changes sides in The East as Sarah Moss, a former FBI agent who works as an operative for a private intelligence firm with corporate clientele. With the eco-terrorist group “The East” running audacious “jams,” like pumping crude oil through the vents and pipes of an oil executive’s mansion, Sarah’s company has been hired to root out the culprits. Donning a ratty sweatshirt and a scuffed pair of Birkenstocks, Sarah falls in with some environmental activists she found on Craigslist, and she starts poking around for possible entryways into “The East.” She succeeds, a bit too easily, and soon joins the group in a forest commune that serves as its base of operations.

Like the cult in The Sound Of My Voice, “The East” has initiation rites and bonding exercises, like a dinner service where everyone eats in straitjackets, feeding each other with wooden spoons extending from their mouths. But Sarah starts to appreciate the group’s rigors, and she’s drawn both to Benji (Alexander Skarsgård), its strong, charismatic leader, and Izzy (Ellen Page), his fierce yet vulnerable right hand. At the same time, her boss (Patricia Clarkson) wants results, and Sarah’s participation in jamming a Big Pharma soirée is scarring enough to shake her from Stockholm Syndrome. 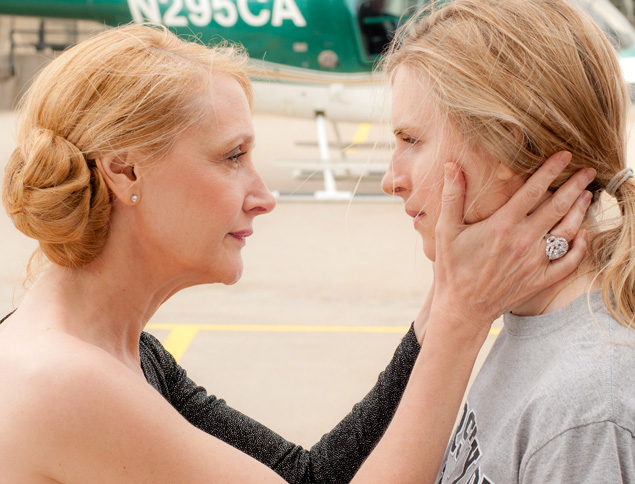 With a soft voice and distant eyes that sharpen in intensity, Marling is a compelling question mark as an actor, projecting intelligence and perception while keeping her true self hidden. The East does well when it registers her subtle shifts of conscience, but the plotting is significantly less graceful, especially once the intimacy of those early scenes at the commune fade, and a ham-handed eco-thriller begins to take over. The details of Sarah’s investigation never seem credible—for one, professional operatives likely consult research sources deeper than Wikipedia—and the late-breaking cloak-and-dagger involving a corporate microchip seems lifted from an old TV spy show.

Yet the biggest issue with The East is that Batmanglij and Marling so thoroughly rig the script in the environmentalists’ favor. By casting Marling as a corporate spy instead of a government agent, it sets up a fatally compromised situation where her bosses have the same profit motive as the companies being jammed. So choices that might be made in the name of justice are instead a matter of loyalty to one set of values that’s clearly more compromised than the other. Environmental activists like the ones in “The East” live by a code, but the same can’t be said of Sarah’s employer. Going native is easy when you don’t have to follow the letter of the law.