Arnold Schwarzenegger scowls his way through the Sabotage trailer 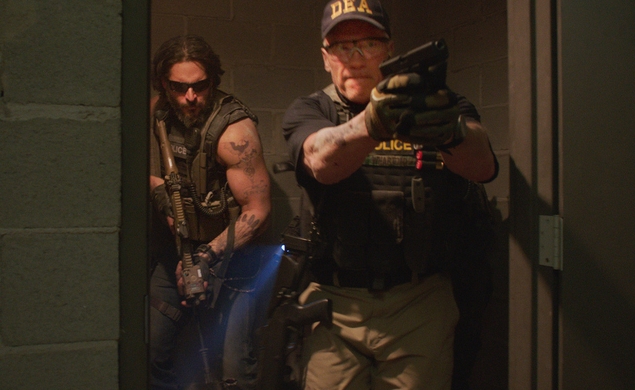 Here’s the trailer for Sabotage, which pairs Arnold Schwarzenegger with David Ayer, the writer of Training Day and the writer/director of End Of Watch. It’s described as a blend of cop thriller and Agatha Christie mystery; an elite unit, led by Schwarzenegger, takes down a major drug cartel and then finds itself targeted, one member at a time, by a mysterious enemy. The film also stars Olivia Williams, Terrence Howard, Joe Manganiello, Mireille Enos, and a nearly unrecognizable Sam Worthington in a hilarious-looking beard. 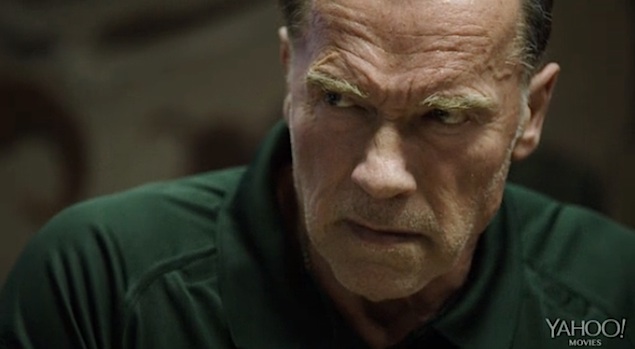 I actually took two different screengrabs for this one. Here’s the other: 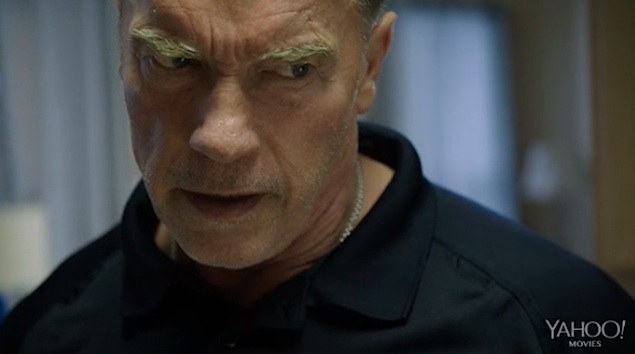 Sabotage marks the second leading man role of Schwarzenegger’s comeback after this year’s The Last Stand; curiously, his nemesis in both films is an evil drug cartel. I smell a thinkpiece!

This also looks to be the first film of the late Schwarzenegger era where he has a family. While most of the heroes from his ’90s heydey were fighting for (or, in few cases, against) their wives and children, his characters in The Last Stand, The Expendables, and Escape Plan are more or less loners. That choice makes a certain amount of sense; when you draw national headlines for fathering a secret love child with your family’s housekeeper, that may not be something you want to remind people about in your escapist action movies.

I’m really curious to see how Schwarzengger’s family, and possibly some autobiographical elements, factor into the story of Sabotage. I smell another thinkpiece!