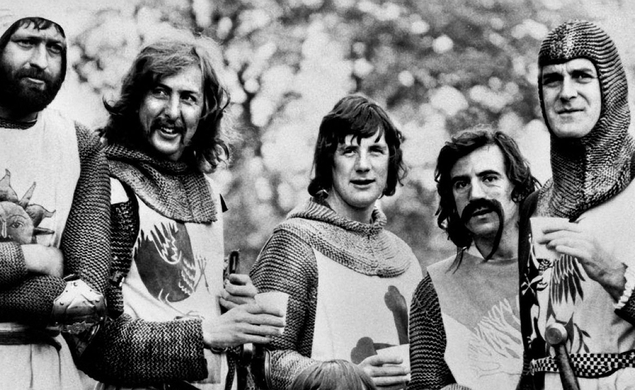 The reunion that was teased on Tuesday is now confirmed: at a press conference today at the London home of the Monty Python musical Spamalot, the surviving members of the great British comedy troupe—John Cleese, Terry Gilliam, Eric Idle, Terry Jones, and Michael Palin—announced they would take the stage as a group for the first time in fifteen years.

The show, a “final reunion, well sort of,” will take place at London's O2 Arena next July.” Idle said the performance will contain “comedy, pathos, music, and a tiny piece of ancient sex,” and Cleese added that they will blend some of the Python’s greatest hits with brand-new material. He also promised that late Python member Graham Chapman will appear somehow. At press time, the dead parrot’s involvement could not be confirmed.

If you’re gonna be in the area, tickets go on sale next Monday. As of right now, the Pythons say they have no plans to take the reunion show on the road, or to appear together anywhere else outside of this special event. But looking on the bright side of life, as Python has so often instructed us to do, I’m pretty confident they’re going to record this thing, and offer it to fans around the world in some way, shape, or form.