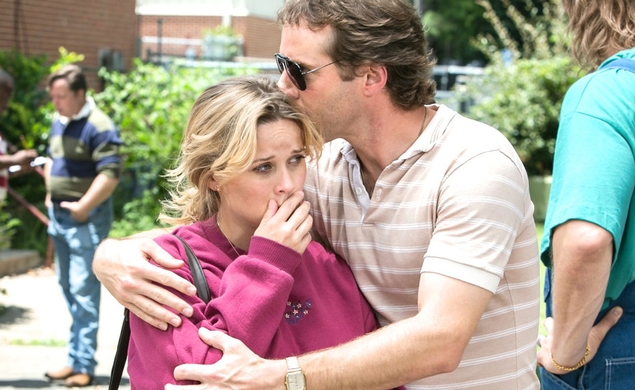 Crime, punishment, and the fallible nature of man is the surprisingly unstrained theme of this two-trailer post. First up, here’s the first teaser for Atom Egoyan’s Devil’s Knot, a fictionalized account of the infamous West Memphis Three murder case that’s previously been explored in documentaries like Paradise Lost and West Of Memphis. This film, based on Mara Leveritt’s book, follows the story from the perspective of one of the victim’s mothers (Reese Witherspoon) and an investigator (Colin Firth) who suspects the police have botched the case. Here’s the trailer:

The flaws in the West Memphis police department’s investigation spotlight our society’s need for more effective, impartial law-enforcement, and policemen who aren’t swayed by emotions or political pressure.

And here is one totally reasonable way to fix that problem: robot cops. In the international trailer for José Padilha’s upcoming remake of Paul Verhoeven’s beloved 1987 RoboCop, Joel Kinnaman plays a cybernetically enhanced lawman who misses his family:

This RoboCop(y)’s action and special effects certainly look impressive, but a die-hard RoboCop fan will tell you the original movie is about a lot more than action and special effects. Then again, it’s tough to convey what made Verhoeven’s film so great in a two-minute trailer. As always, it’s best to withhold judgement for the completed movie. In this kind of situation, the devil’s in the details.