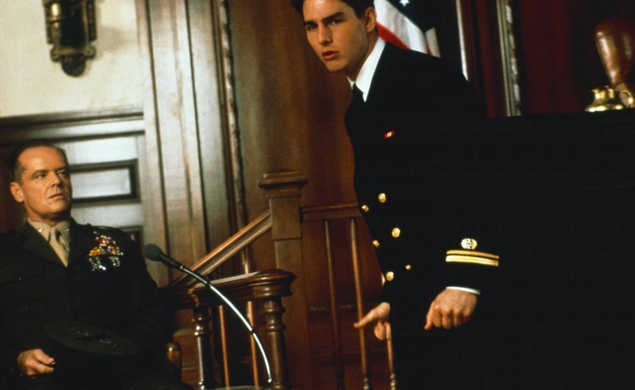 Back in September, Radar Online published a story that Jack Nicholson had quietly retired from acting because he was suffering from memory loss and couldn’t remember his lines anymore. That post was quickly refuted by Nicholson himself, who said he was perfectly healthy and completely capable of acting, he just didn’t want to anymore because he’s not interested in making the sort of movies Hollywood makes nowadays (i.e. bad ones).

The exact state of Nicholson’s mental health and feelings about the film industry are about to be put to the test in a major way by Tom Cruise, who, according to The Hollywood Reporter, is wooing the Chinatown and As Good As It Gets star for a new political comedy called El Presidente. Here’s the plot description:

“El Presidente is about a straight-arrow Secret Service agent who is assigned to protect America’s worst former president, an alcoholic and womanizing sleazebag who was elevated from VP when the president died. When a threat is made on his life, the duo must go on the run.”

So the movie is My Fellow Americans with Gerald Ford, if Gerard Ford was Rob Ford. Got it.

The project has been in development for a number of years; at one point, Austin Powers director Jay Roach was attached and Robert Downey Jr. was considered for the Secret Service agent role. Now Tom Cruise is interested, and he’s brought in his Edge Of Tomorrow director Doug Liman to helm the project. THR’s sources say that last week the duo went to see Nicholson at his home to try to convince him to sign on; supposedly Cruise told him he “won’t do the movie without him.”

Cruise and Nicholson worked together quite memorably in 1992’s A Few Good Men; their big scene (“I want the truth!” “You can’t handle the truth!”) is one of the decade’s most quoted. Now we’ll see just how much Nicholson enjoyed working with Cruise back then, and just how convinced he is that Hollywood movies are garbage now.