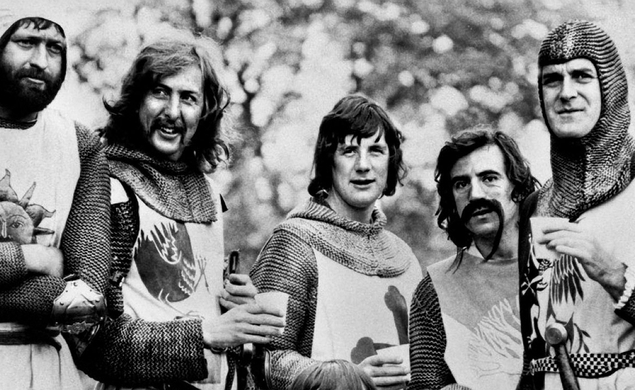 They’re not quite dead yet, you see. The five surviving members of Monty Python—John Cleese, Terry Jones, Terry Gilliam, Eric Idle, and Michael Palin—tell the BBC they’re reuniting for a new stage show. Speaking about the news, Jones said:

“We’re getting together and putting on a show—it’s real. I’m quite excited about it. I hope it makes us a lot of money. I hope to be able to pay off my mortgage!”

The remaining Pythons (Graham Chapman passed away in 1989) have appeared together occasionally; I interviewed them all on the red carpet for the documentary series Monty Python: Almost The Truth (The Lawyer’s Cut). And smaller groups have worked together on various projects in the years since Chapman died. But this project would mark their first performance together as the great British comedy troupe since 1998’s Aspen Comedy Festival. The full details of the project will be announced at a press conference in London on Thursday.