Dean Cundey, Back To The Future cinematographer, to receive an American Society Of Cinematographers Lifetime Achievement Award 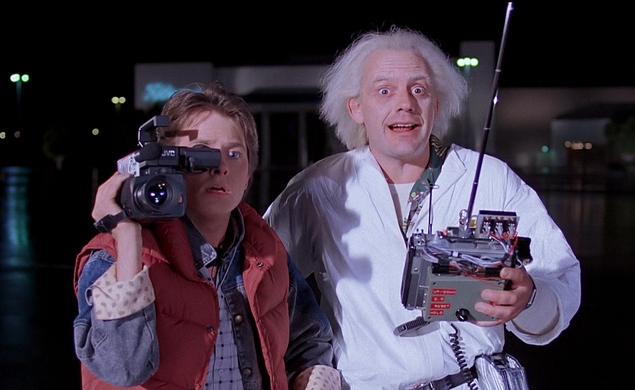 The American Society Of Cinematographers first awarded a Lifetime Achievement Award in 1987 (a full list of honorees can be found here). Next year’s honoree will be Dean Cundey, who started out with low-budget titles like Satan’s Cheerleaders before graduating to prominent public view with John Carpenter’s Halloween. The director and cinematographer reteamed for The Fog and then 1982’s The Thing, which Cundey recalled in 1997 as “our first venture into a major studio film [...] a great experience because we now had at our disposal all of the things that we couldn't afford before: large stages and a very experienced production designer; a lot more equipment and facilities. So it was a great introduction into mainstream Hollywood.”

That’s exactly where Cundey would stay, the cinematographer of an improbable number of paradigm-shifting blockbusters including Who Framed Roger Rabbit, Back To The Future, and Jurassic Park, titles showcasing his technical facility with groundbreaking effects. His sole directorial credit is 1997’s direct-to-video Honey, We Shrunk Ourselves, which he described primarily as an experiment to see how to make “a $40 million movie for $7 million.” Recent credits include lower-tier titles like Jack And Jill and the Jackie Chan kids film The Spy Next Door.

In an interview last month discussing Halloween’s influence on its 35th anniversary, Cundey said that ahead of the awards ceremony his input was requested for help in putting together a highlight reel. “They asked what films I would like to have represented in this four minutes,” he said. “To condense a career into four minutes you have to sit down and think. So I’ve been going over the films, and there’s the big ones, the well known ones of course, but sometimes there’s little films that are sort of overlooked. Death Becomes Her, for instance, that has a very unique sort of style and visual effects. Again, some pioneering visual effects that hadn’t been done before.” The awards ceremony (including other prizes including the International Achievement Award) will take place February 1.