The Divergent trailer sports a matrix of Hunger Games-ish imagery 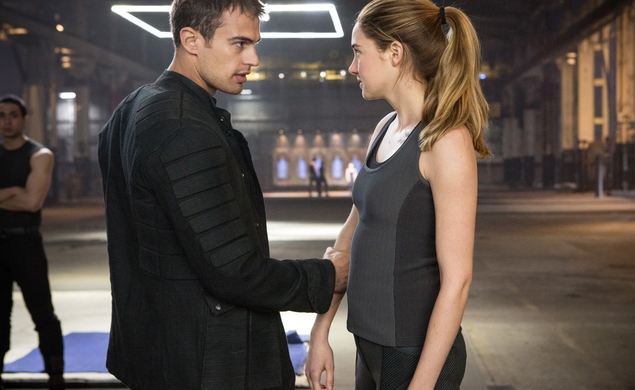 It took four years for The Hunger Games to go from page to screen, but Veronica Roth’s similar young-adult novel Divergent (the first part in a trilogy, naturally) will make the leap in three. The new trailer, unveiled today, is shameless in slathering knock-off Hunger Games imagery onto a vaguely Logan’s Run-ish plot: In a dystopian future Chicago, everyone’s tested at age 16 to see which of five categories they fall into (Abenegation, Amity, and so on). Heroine Beatrice “Tris” Prior (Shailene Woodley) doesn’t fall into any category. So how will she survive in a future that values conformity above all else? Simple: “If you want to survive, follow me” glowers Tobias “Four” Eaton (Theo James) in Morpheus-like fashion, before leading her off to fight the power.

Lionsgate CEO Jon Feltheimer was very clear on the movie’s commercial potential back in 2012, when he told company investors the books were selling even better than the Twilight or Hunger Games books were at a similar point in their release cycles. It’s no coincidence that Divergent’s March 21 release date is the same slot as the first Hunger Games, and Feltheimer was confident then his company had the “next big franchise.”