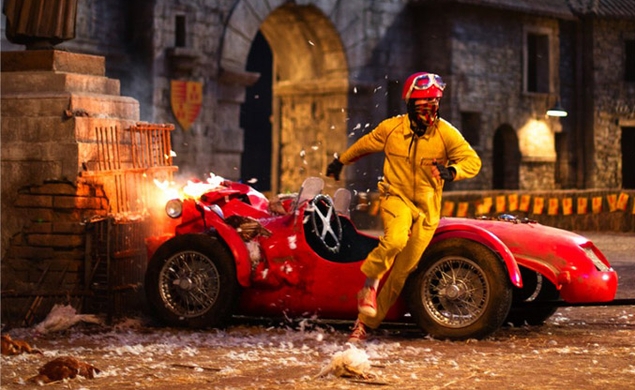 Ahead of The Grand Budapest Hotel (due March 7, 2014), Wes Anderson has followed up the Léa Seydoux-starring, France-set short made for Prada earlier this year with a longer, Italian effort. Shot at Rome’s legendary Cinecittà soundstages, “Castello Cavalcanti” stars Anderson regular Jason Schwartzman as race-car driver Jed Cavalcanti, who has a fortuitous crash in September 1955 that brings about an unexpected familial reunion. The last name’s presumably a tip of the hat to Brazilian-born director Alberto Cavalcanti, whose eclectic filmography includes the classic 1947 British noir They Made Me A Fugitive. You can watch Anderson introducing that movie in 2010 at the MoMA in New York here.

The almost eight-minute short premièred today at the Rome Film Festival, and here it is: